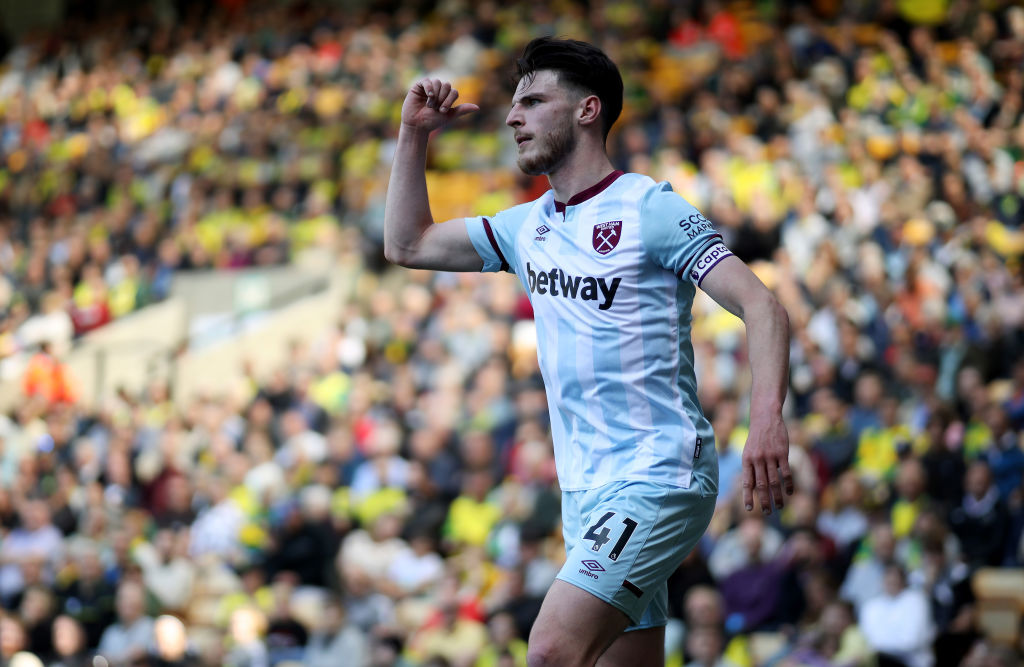 Declan Rice could be available this summer (Picture: Getty)

Rice, 23, has just two years left on his contract and has rejected the Hammers’ offer of an eight-year extension which would boost his wages to £200,000-a-week.

Chelsea and Manchester United have both been linked with a move for Rice this summer with the Premier League giants in need of a top quality central-midfielder.

This week, his teammate Antonio was asked if he has tried to make Rice stay at West Ham but the Jamaican international refused to be drawn on the topic.

‘But what he’s doing right now, he’s up there with one of the best in the Premier League already.

Since breaking into West Ham’s first-team, Rice has played a huge part in the east London’s club’s rise which culminated in a Europa League semi-final appearance this season.

As a result, interest in the midfielder has grown but West Ham have been able to hold on to their star man up until now.

However, failure in their attempts to extend his contract will concern the Hammers who are reluctant to let Rice edge towards the final year of his deal as it will decrease his value.

A price of £100m has reportedly been put on Rice but, earlier this season, West Ham manager David Moyes suggested he could be worth as much as £150m.

It is believed Rice wants to play Champions League football and will find it hard to turn down a move to a side which will help him achieve that ambition.