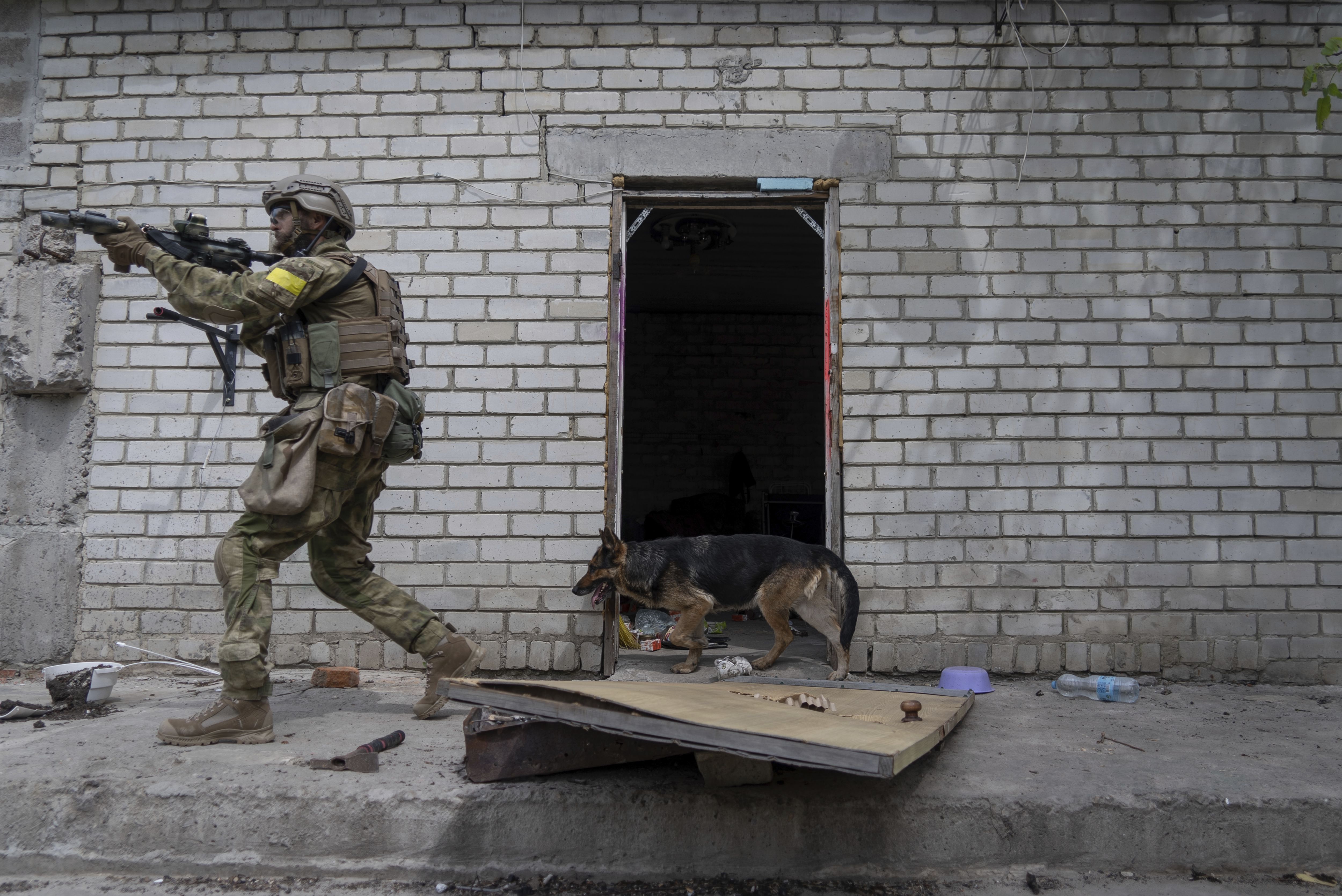 Fresh off his country’s Eurovision win, a defiant Ukrainian President Volodymyr Zelenskyy vowed early Sunday to one day host the song contest in the embattled city of Mariupol, which is almost entirely in Russian hands aside from a stalwart group of a few hundred Ukrainian fighters who continue to hold out in a steel factory.

Ukraine’s Kalush Orchestra won the popular contest with its song “Stefania,” which has become a popular anthem among Ukrainians during the war, and its victory was a morale booster.

“Our courage impresses the world, our music conquers Europe,” Zelenskyy said on Facebook. “Next year, Ukraine will host Eurovision!”

The band made an impassioned plea during the show to help the fighters still in the Azovstal steel plant in the port city, and Zelenskyy said “one day” the contest would be held “in a Ukrainian Mariupol.”

The president’s optimistic words come as Russian troops are retreating from Kharkiv, the country’s second-largest city, after bombarding it for weeks, and Moscow’s forces continue to engaged in a grinding battle for the country’s eastern industrial heartland.

Ukraine’s military said the Russian forces are now pulling back from the northeastern city to focus on guarding supply routes, while launching mortar, artillery and airstrikes in the eastern region of Donetsk in an attempt to “deplete Ukrainian forces and destroy fortifications.”

Russian forces control a horseshoe-shaped swath of territory in the Ukrainian areas of Donetsk and Luhansk, which make up the eastern Donbas region, along the border of the industrial region where Ukraine has battled Moscow-backed separatists since 2014.

In the southern Donbas, the Azov Sea port of Mariupol is now largely in Russian control, except for the few hundred troops left in the steel factory.

A convoy of between 500 and 1,000 cars carrying civilians out of the city was reportedly able to reach the Ukrainian-held city of Zaporizhzhia on Saturday, while Ukrainian Deputy Prime Minister Iryna Vereshchuk said authorities were negotiating the evacuation of 60 severely wounded troops at the steelworks.

After failing to capture Kyiv following the Feb. 24 invasion, Russian President Vladimir Putin has shifted his focus eastward to the Donbas, aiming to encircle Ukraine’s most experienced and best-equipped troops, and to seize territory still under Ukraine’s control.

Airstrikes and artillery barrages make it extremely dangerous for journalists to move around in the east, hindering efforts to get a full picture of the fighting. But it appears to be a back-and-forth slog without major breakthroughs on either side.

Russia has captured some Donbas villages and towns, including Rubizhne, which had a prewar population of around 55,000.

Zelenskyy said Ukraine’s forces have also made progress in the east, retaking six towns or villages in the past day. In his nightly address Saturday, he said “the situation in Donbas remains very difficult” and Russian troops were “still trying to come out at least somewhat victorious.”

“Step by step,” Zelenskyy said, “we are forcing the occupants to leave …read more

In US, states struggle to replace fossil fuel tax revenue

38 rescued, 11 dead as US searches waters near Puerto Rico