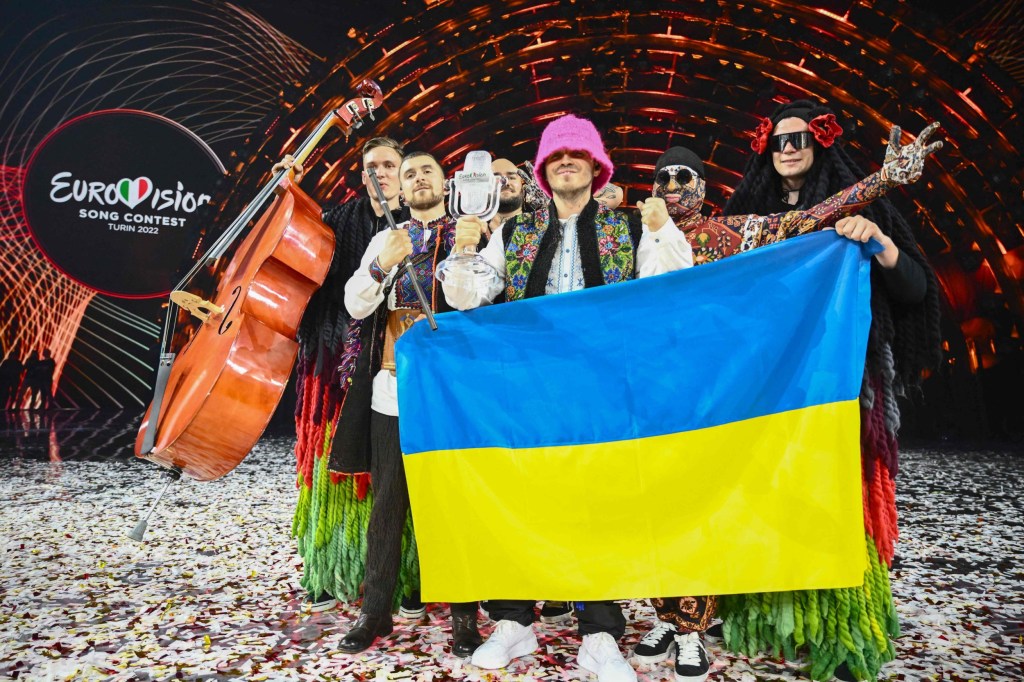 Kalush Orchestra were crowned winners of this year’s Eurovision – and even if it was because of the war, why begrudge them? (Picture: AFP via Getty Images)

And so it’s over for another year. After one of the most open contests in recent years, the 66th Eurovision Song Contest has crowned its winner – Ukraine’s Kalush Orchestra.

While host nation Italy were early favourites for the prize, the hip-hop folk group shot to the top of the bookies’ favourites following the invasion of Ukraine by Russian forces back in February, and won last night in Turin by a whopping 165 points – for reference, that margin is more than the total points achieved by 15 countries.

Of course, in a certain pocket of the internet, the discourse has already begun that Ukraine only won because of a ‘pity vote’, and the United Kingdom would have won had a war not being going on. I mean, can’t the naysayers be happy that Sam Ryder won the UK their best result in 24 years?

Maybe Ukraine wouldn’t have won had a war not been happening. But they did win – with 631 points. While Kalush Orchestra’s Stefania – an ode to one of the member’s mother – only came fourth in the jury vote, they topped the televote as expected with 439 points out of a possible 468. That means that every single country on average gave Ukraine 10 or 12 points. That’s unheard of in Eurovision.

Sure, a lot of this was because of what’s happening in Ukraine. But it’s not pity – it’s solidarity.

Eurovision is all about unity, love and solidarity, and that televote result was a clear sign to the people of Ukraine that we stand with them. It might just be a night of fun for us at home, but Kalush Orchestra have been rehearsing and performing while their homes are torn apart by conflict, and Ukraine’s commentator has been broadcasting from a bunker. Some things are more important than pitch perfect notes and on point choreography, and last night proved that.

But if Ukraine had sent a terrible song, I doubt that it would have won. The fact is Stefania was a fantastic Eurovision song, with a catchy singalong chorus, an engaging staging and a different flavour for the contest (hip-hop has never won the contest before). Kalush Orchestra would have been deserved winners whatever was going on in the political world.

Plus, Ukraine are fast becoming one of this century’s most successful countries at Eurovision. Since they debuted 17 years ago, they have come second twice, third once, and won on three occasions – in 2004 with Ruslana’s Wild Dances, Jamala’s 1944 in 2016, and now Kalush Orchestra. Then, in 2021, Go_A came fifth with Shum, and were widely considered one of the night’s strongest acts by …read more