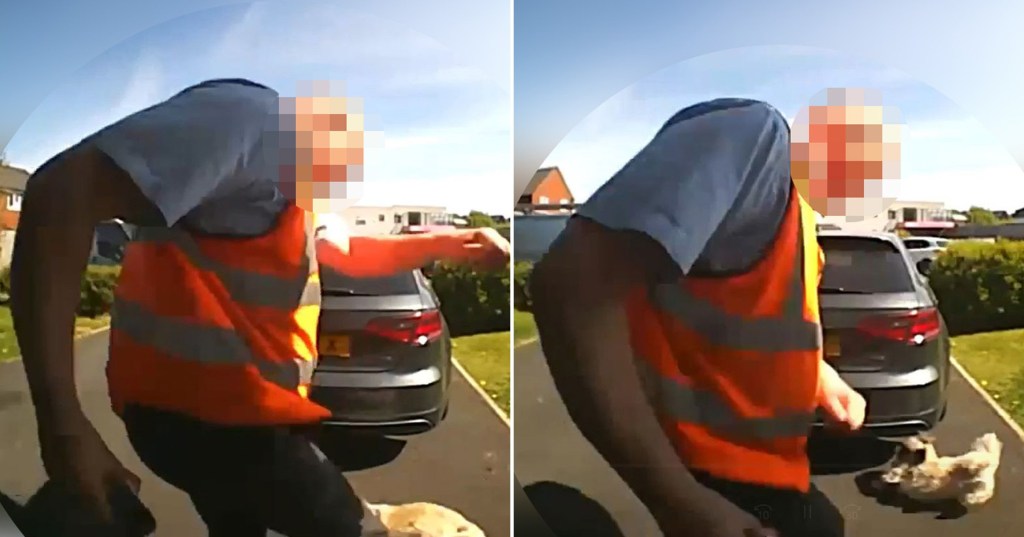 This is the distressing moment a postman was caught on camera ‘kicking’ a small family dog after it allegedly nipped him.

Footage from a doorbell camera showed the Royal Mail employee delivering a package to the home in Greater Manchester when the animal ran towards the open door.

Moments later, the man suddenly yells and appears to kick the dog which tumbles across the driveway.

The animal then gets up and runs off as the postman leaves the property.

Following the incident, the teenage girl who opened the door to the postman was left in tears, her mum said.

‘My dog is terrified of going to the door and when the doorbell goes, he wets himself and is visibly shaking,’ the mum said, adding she made a formal complaint to Royal Mail.

Putin’s mistress, ex-wife and family members are latest to be hit by UK sanctions

Hullraisers writer and comic Lucy Beaumont admits concerns over sitcom: ‘Is this what the people from Hull want?’