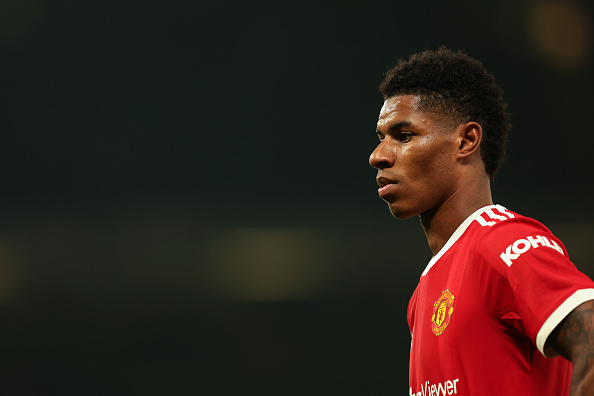 Rashford had concerns over his future earlier in the season (Picture: Getty)

Marcus Rashford is now fully focused on Manchester United having given serious consideration to leaving his boyhood club earlier this year.

The 24-year-old has endured a turbulent campaign at Old Trafford, returning from injury in October before falling out of favour under interim boss Ralf Rangnick.

During a run which saw the England international start two league games out of 11, Rashford was said to be strongly considering his future at Old Trafford after losing his place in the side to fellow academy graduate Anthony Elanga.

Barcelona and Paris Saint-Germain were understood to have made their interest in the forward known.

But with Erik ten Hag arriving in Manchester, Rashford is now fully focused on United once again, according to The Athletic.

Rashford has scored just five goals in all competitions this season, missing the 4-0 defeat to Brighton due to a bout of bronchitis.

He will have the chance to impress the incoming boss on the final day of the season with Erik ten Hag considering travelling to Selhurst Park to watch United’s final game of the season from the stands.

With as many as 10 players in line to leave Old Trafford this summer, major changes to the squad are expected in the coming months with ten Hag reportedly keen to sign a centre-half, two midfielders and a versatile forward before the new season.

But while new faces are expected, ten Hag is also convinced he can improve some of the club’s younger stars on the training pitch with Rashford, Jadon Sancho, Anthony Elanga and Scott McTominay among those the Dutchman is eager to work with.

Anti-Semitism, as lawmakers say in letter, has no place in public discourse

Google Translate embarrassingly translates words incorrectly in its own announcement