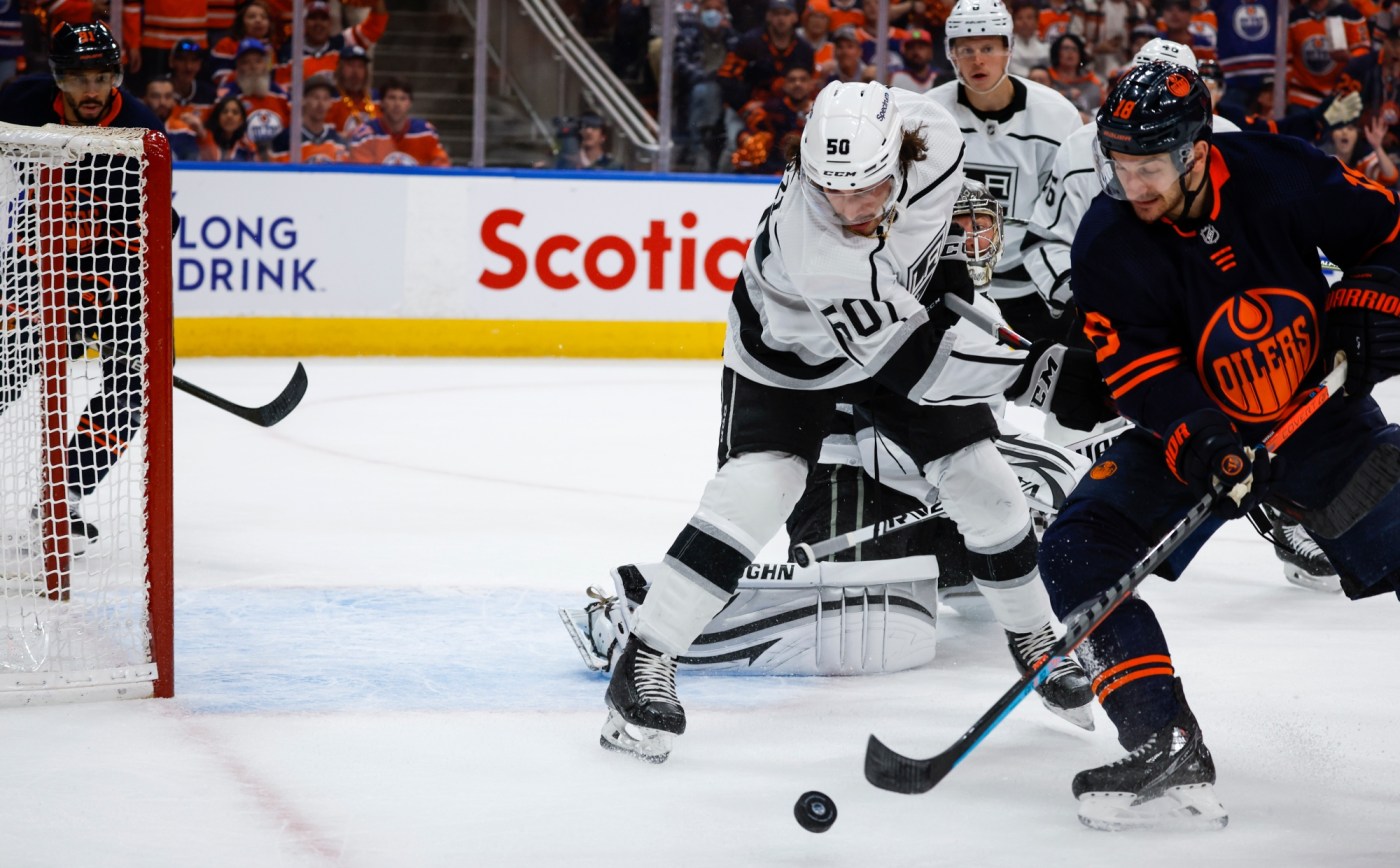 For the Kings, three warriors went into a meaningful battle for the first time in a generation and one competed valiantly for the last time in his career.

Winger Dustin Brown, the Kings’ all-time leader in games played and captain of the 55-year-old franchise’s only two championship rosters, played the final game of his illustrious tenure, a 2-0 road loss to the Edmonton Oilers in Game 7 of a riveting first-round series.

A first-round draft pick back in 2003, Brown was joined on the ice by close friend Anze Kopitar and longtime goalie Jonathan Quick, who had won all four game 7s of their careers before Saturday night at Rogers Place. Quick gave the Kings a puncher’s chance, stopping 39 shots.

Center Connor McDavid further cemented his status as the world’s best player by logging a game-high 27:23, scoring a goal and setting up another by defenseman Cody Ceci. In the series, the Oilers out-scored the Kings 18-4 with McDavid on the ice. Mike Smith made 28 saves in his sixth career postseason shutout. Edmonton advanced in the playoffs for the first time since 2017.

The Kings had not played in a Game 7 since 2014 and with their loss in Edmonton they have still not won a playoff series since that same year. Their performance over 89 games this season, one that many thought would be unremarkable, was more than commendable despite Saturday’s result. They fought to the final buzzer, including winger Alex Iafallo diving desperately to break up an empty-net chance late, but to no avail.

In the third period, the Kings struggled to generate offense and with 3:53 to play it was none other than McDavid driving the dagger into the Kings’ collective heart. He beat defenseman Sean Durzi to the inside, drew a hooking penalty, hit the net with a backhanded wraparound shot, then lifted the rebound of his backhand and above a prone Quick.

The closing stanza began with a strong shift for the Kings and then witnessed a near disaster when winger Josh Archibald had a breakaway. He slid the puck between Quick’s legs, where his glove was resting behind him to reject the shot and keep the Kings’ deficit at one. The second and third periods were also connected by a struck post in each frame that aided Quick’s cause.

The ice tilted heavily toward the Oilers in the second period as they out-shot the Kings 24-11 and forced Quick to earn every cent of his salary for the year in 20 minutes. McDavid deked, dangled, danced and dished to winger Kailer Yamamoto for a point-blank chance that Quick stymied, one of his 23 saves in the frame.

The Kings saved their best chance, or perhaps their only good one, for last when winger Brendan Lemieux generated two attempts from close range as the intermission loomed.

Gaining momentum as the seconds ticked away, Edmonton’s crescendo reached its peak with a goal 13:15 into the second period.

Stock Market: Suez Canal Update! Floating!
How to reduce water use in the garden as drought brings restrictions

Miss Manners: My new co-workers say I made them look rude

Miss Manners: What do I say to someone who bad-mouths my haircut?