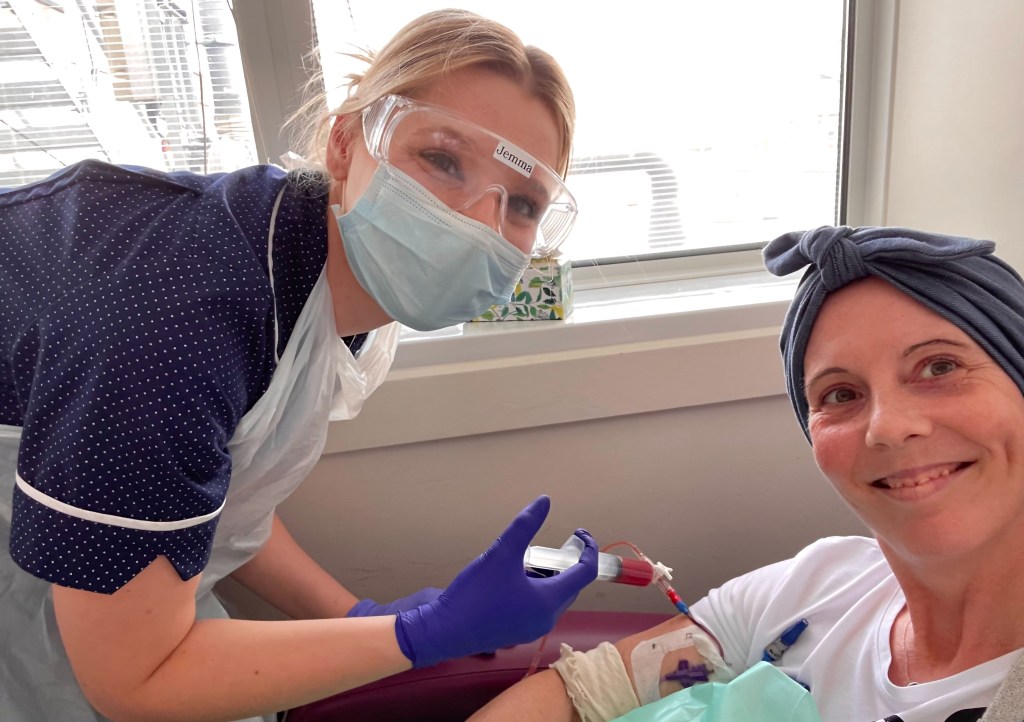 At Christmas 2020, I received the dreaded ping from the Test and Trace App and was told to isolate myself as I’d apparently come into contact with someone who had tested positive for Covid.

I was gutted. I love Christmas and had been looking forward to spending time with my family.

At that time, you weren’t required to test if you didn’t have symptoms. As I didn’t have any, I assumed I’d been lucky.

However, over the next month, I started getting banging headaches. I couldn’t catch my breath after walking upstairs, and heard what sounded like a heartbeat in my head when I was trying to sleep. I felt extremely fatigued and struggled to concentrate at work.

Assuming I had caught Covid, I took a PCR test, which came back negative. Soon after, I started to feel pressure in my sinuses. My nose felt blocked, and I felt dizzy.

Thinking I may still have the virus, or was suffering from long Covid, I booked an appointment with my GP, who prescribed antibiotics for a suspected sinus infection

I was working mostly from home at this point and so timed in the naps I needed and, although I managed to function, I didn’t feel like I was performing my best.

I booked another call with my GP who sent me for blood tests.

Two hours after the tests, the surgery called to tell me I had to go to A&E immediately as there was something wrong with my blood counts and I needed a blood transfusion.

Despite my initial alarm, I rationalised that it couldn’t be that bad and that I would be OK.

That was until a doctor explained that they suspected I had leukaemia. It was a complete shock and I thought it was weird as I’d generally associated the disease with younger people. I now know it can affect anyone of any age.

That night, I was admitted to hospital in an isolated room and called my mum, dad, and brother.

It was one of the most difficult conversations I’ve ever had. I was still in denial and didn’t want to worry them unnecessarily, but realised that I should let them know something was wrong.

It was the first time I’d realised that I could die, I was only 44 (Picture: Liz Waters)

The next day, less than one month after starting to feel ill, the doctor confirmed my diagnosis, Acute Myeloid Leukaemia (AML), an aggressive blood cancer.

My world came crashing down around me but my friends and family reassured me that I wasn’t alone.

A fortnight later, I was admitted to The Royal Marsden in Sutton where I started 10 days of intensive chemotherapy.

I initially tolerated it well, but after the treatment had finished, things became much tougher as my blood counts dropped and I began to feel extremely weak and drained.

One of the worst side effects from the treatment was fatigue. It was …read more