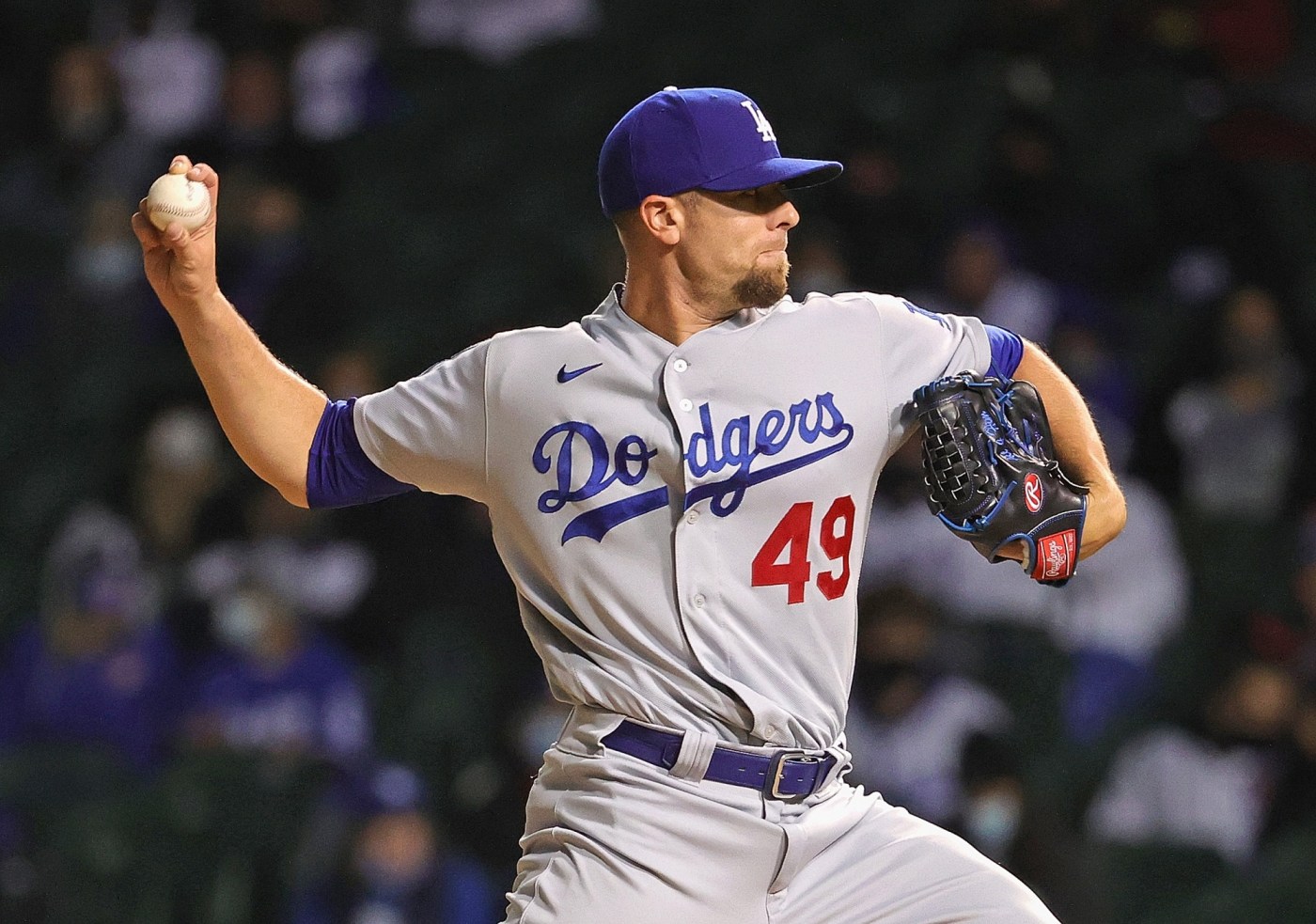 Treinen shed some light on the nature of his mysterious shoulder injury Saturday. Asked if there is any structural damage, Treinen said “If there was something that bad, I probably wouldn’t be playing this year.”

Still, the range of motion in Treinen’s shoulder hasn’t improved enough to allow him to even attempt “dry” throws, without a baseball in his hand.

“We’re just kind of taking it day by day to get myself right,” he said. “When the conviction comes back, we’ll start throwing, and go from there.”

What was originally characterized as a short-term injury by Manager Dave Roberts took a turn for the worse when Treinen said he felt “weakness” in the shoulder playing catch. He gathered a range of medical opinions. He went home to welcome the birth of his daughter. He changed some diapers.

When the Dodgers returned home from their recent East Coast road trip, Treinen was here, eager to congregate with his teammates in the bullpen.

“I’ve only really been in this situation once in my career,” he said. “I consider myself blessed to have had a very healthy career. This right now, it’s always hard. I just want to be down there (in the bullpen), be with the guys, competing with them, helping them contribute to wins.”

With the bullpen struggling – a reliever has been responsible for all three losses in the Dodgers’ three-game losing streak entering Saturday’s game against the Phillies – Treinen’s absence has been felt acutely.

Treinen, 33, made three appearances before his injury, striking out five batters across three innings. He’s in the second year of a two-year, $17.5 million contract that carries an $8 million team option for 2023.

Even though Treinen’s timeline for recovery is uncertain, the pitcher insisted his path forward is clear.

“We know what’s going on and we’re attacking it the best way we can,” he said.

Michael Grove, the Dodgers’ second-round pick in the 2018 draft, will be called up from Double-A Tulsa to make his debut Sunday against the Phillies. Roberts suggested the right-hander will either start or pitch a bulk of the innings in relief of an “opener.”

The Dodgers tapped Grove ahead of Andre Jackson, who has a 6.14 ERA at Triple-A Oklahoma City and Tony Gonsolin, who will start Monday’s game against Arizona instead.

As they slog through 31 games in 30 days, the Dodgers are short on multi-inning relievers. One candidate to fit the bill, Caleb Ferguson, is healthy enough to be activated from the injured list, Roberts …read more