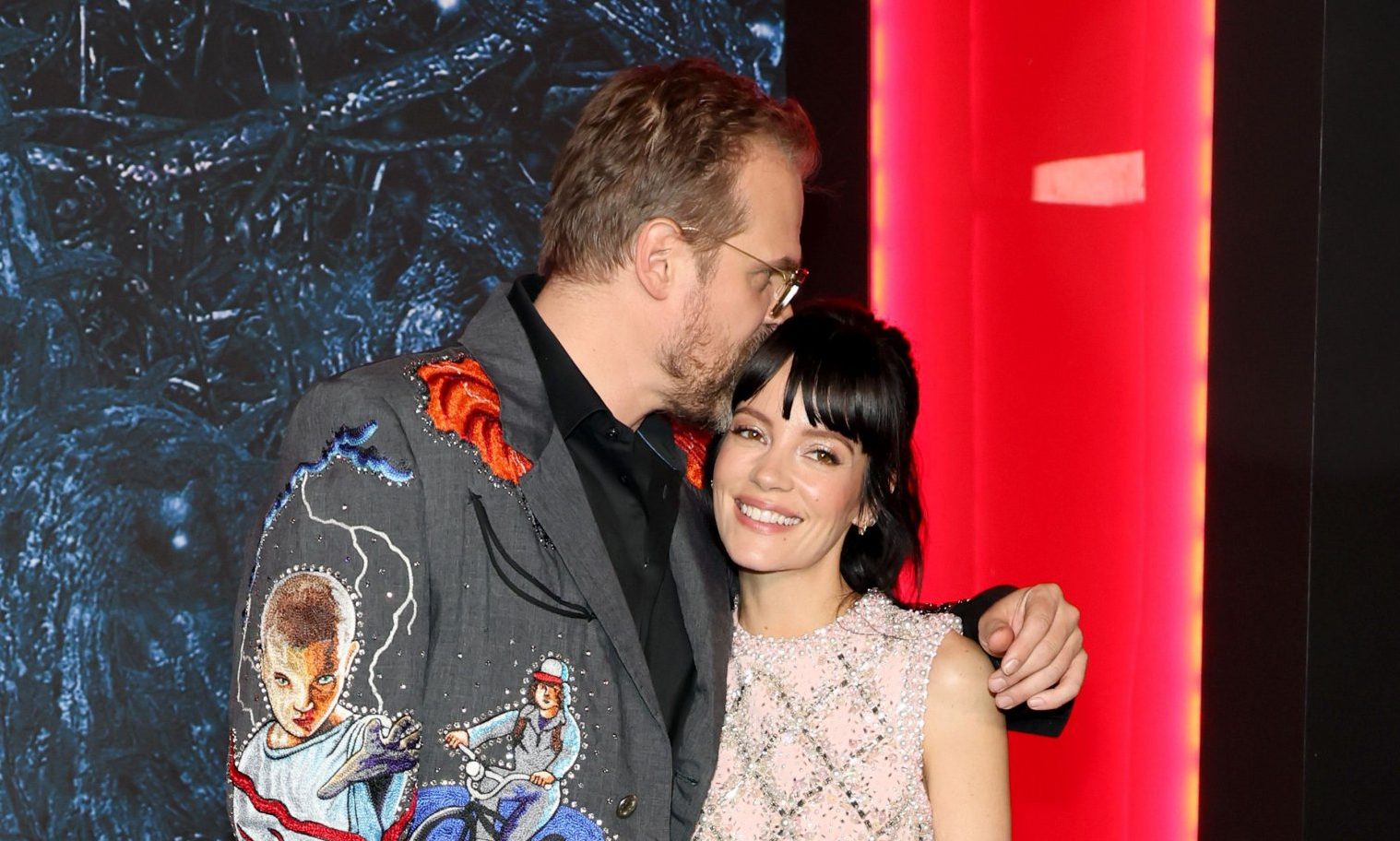 It’s been a while since we’ve had a PDA-filled red carpet appearance from Lily Allen and David Harbour, but you’ll be pleased to know they’re still as loved-up as ever.

The couple, who married in 2020, have kept a low-key profile in recent weeks but reemerged to attend the Stranger Things premiere in Brooklyn on Saturday night in celebration of season four.

They were in cheerful spirits and very affectionate with each other as David, 47, was pictured sweetly planting a kiss on Lily’s head at one point, while the Smile singer beamed at photographers and cuddled her husband on the red carpet.

Lily, 37, looked pretty in a summery yellow minidress which featured a chunky green belt and a pink beaded top, while David wore an electrifying suit in ode to Stranger Things, as it was covered with images from the hit Netflix series, including Millie Bobby Brown’s character Eleven, The Monster, and the character Dustin played by Gaten Matarazzo.

It was a family affair for the couple as they were joined by Lily’s daughters Marnie and Ethel, from her former marriage with Sam Cooper. The youngsters looked adorable as they clung onto Lily while posing for the photos.

Later on the red carpet, David met up with his co-star Millie, who looked unrecognisable thanks to a stunning hair makeover, and cuddled in a warm embrace as they posed for photos together before joining the rest of the cast and crew for group snaps.

Fans have had to wait nearly three years for the new season of Stranger Things, which was last released to Netflix in 2019.

Fortunately, season four has been billed as the ‘most bizarre’ yet so they hopefully won’t be let.

Teasing what’s in store, Sadie, who plays Max Mayfield, recently promised that the fourth season is ‘out of this world’ and emphasised the spectacle of the new episodes.

The thrilling sci-fi series will follow a new ‘war’ for Eleven and the rest of the Hawkins gang, and, judging by the trailer, …read more