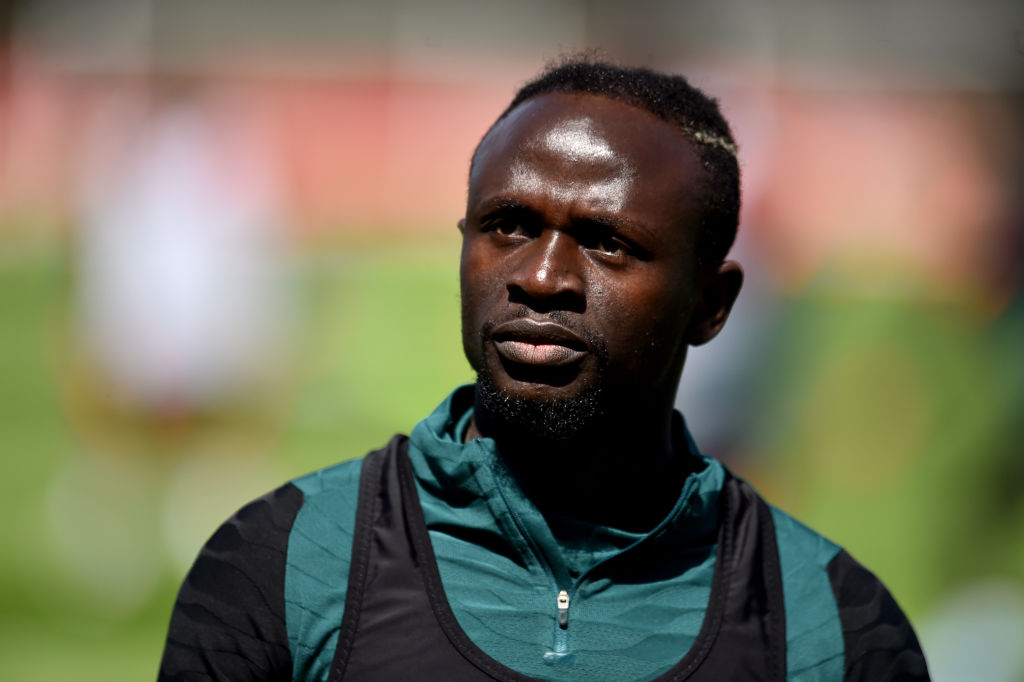 Sadio Mane is out of contract next year (Picture: Getty)

Bayern Munich are interested in signing Liverpool’s Sadio Mane as a replacement for Robert Lewandowski.

Mane, 30, is out of contract next year and the Reds have been unable to sign him up to a new deal despite the club’s best efforts.

Bayern are looking for a new striker this summer with Lewandowski having told them that he wants to leave to join Barcelona.

And, according to Bild, Mane has emerged as a top target for the Bundesliga side who believe the Senegalese international could bring goals and assists to the Allianz Arena in the absence of Lewandowski.

Having primarily played on the left-wing, Mane was shifted inside for Luiz Diaz his the Colombian’s arrival in January and has flourished as a central striker.

The forward scored the winning goal in Liverpool’s 2-1 league victory at Aston Villa on Tuesday.

Since joining Liverpool from Southampton in 2016, Mane has emerged as one of Europe’s top forwards.

In 267 appearances for the Merseyside giants he has scored 119 goals.

Meanwhile, he has won the Premier League, Champions League, FA Cup and League Cup with Jurgen Klopp’s side.

It is believed Mane wants a big salary increase to stay at Anfield with his next contract set to be his last.

However, Liverpool are reluctant to break their wage structure and wary of creating disharmony in the squad.

Bayern may be able to meet Mane’s wage demands if both Lewandowski and Serge Gnabry, who has a year left on his contract, leave this summer.

However, it is uncertain whether Mane would be interested in joining Bayern with the club in transition compared to Liverpool who are flying under Klopp.

Klopp would be disappointed to lose Mane having called the player a ‘Liverpool legend’ last month.

He said: ‘He is a machine. What he has done for this club and continues to do puts him in the bracket of ‘legend’. For LFC and Senegal he is playing to his highest level possible.’

Stock Market: Suez Canal Update! Floating!
Half of Brits think older drivers should be banned from the roads

When did N-Dubz start and who is in the group?