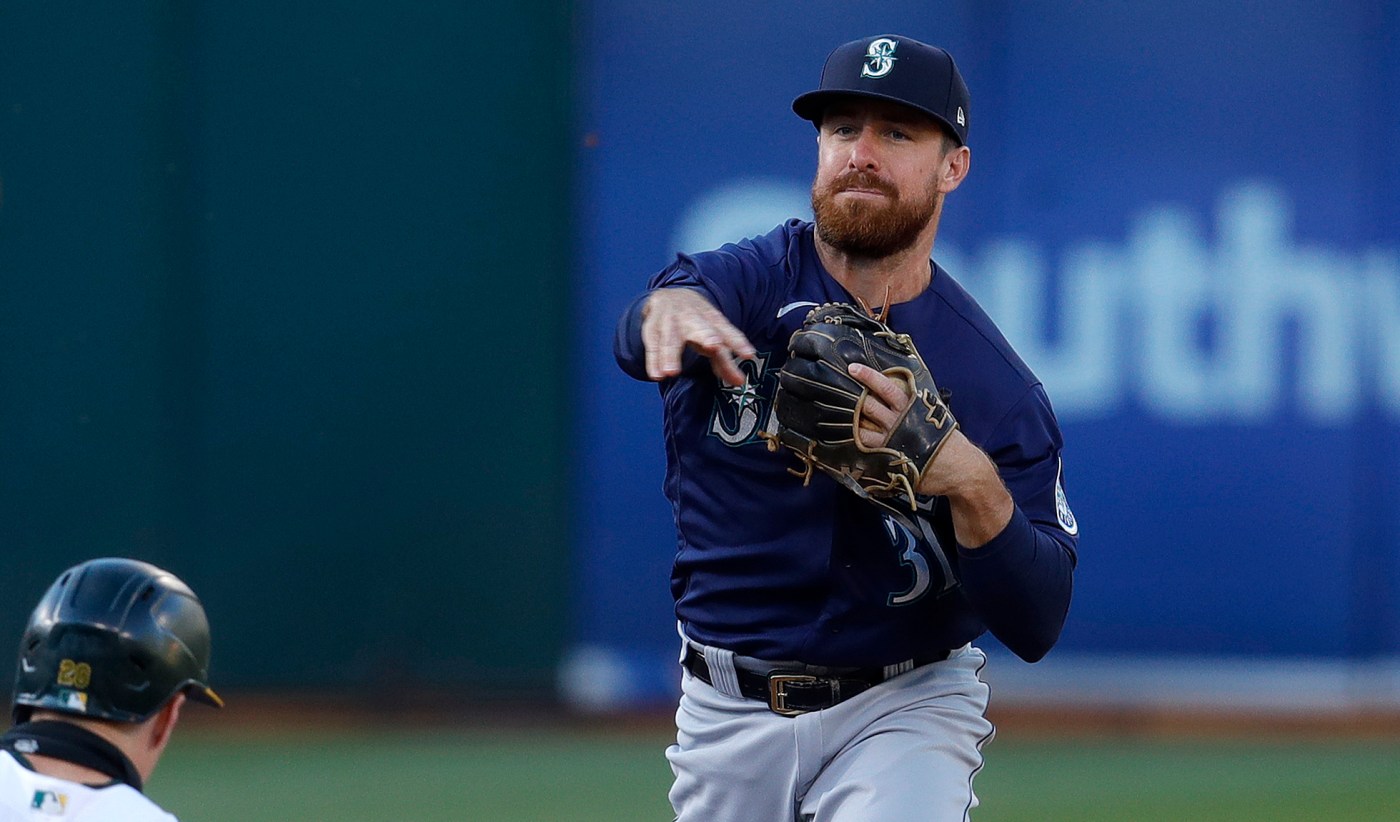 Donovan Walton, Kevin Padlo and Mike Ford have in some way or another shuffled between the Mariners and the Giants over the past two weeks. To keep in touch — and keep track — the trio of players started texting each other.

The current status report: Walton, the latest trade target, joined the Giants in St. Louis on a taxi-squad basis (not part of the active roster). Padlo, who came over in exchange for cash, is a regular at Triple-A Sacramento. And Ford, who joked about being the designated “COVID replacement player,” was shipped back to Seattle to add Walton to the 40-man roster.

Walton got to say hi to Padlo, but that’s about all he had time for. He arrived in St. Louis on Friday after making a pitstop in El Paso, where Padlo and Triple-A Sacramento are currently playing a series.

Given recent history, the Mariners bag sitting in the Giants clubhouse Friday afternoon hardly looked out of place. The more pressing matter at hand was who to whom it belonged. Walton’s was the third navy blue equipment bag emblazoned with the compass rose to appear in the Giants’ clubhouse, following Padlo and Ford’s.

But Walton shouldn’t necessarily be grouped in with the other two.

And, as a versatile defender who throughout the minors has shown an aptitude for pitch selection, he fits the profile of a player the Giants covet.

Although his offensive numbers in limited time in the majors over the past four seasons leaves little to be desired, he was batting .294/.368/.510 at Triple-A this season and has found consistent success at every level but the big leagues. In 12 games at Triple-A this season, he has appeared at second base, third base, shortstop and left field.

“He’s a guy that we’ve had our eyes on for quite some time,” Kapler said. “Great contact skills. A guy that works counts and draws walks and embodies the spirit of what we care about in our offensive philosophy. He also has the positional versatility that we really value, along with according to all reports, strong makeup.”

Crowley: The 2022 Giants are clearly a good team, but their best days lie …read more