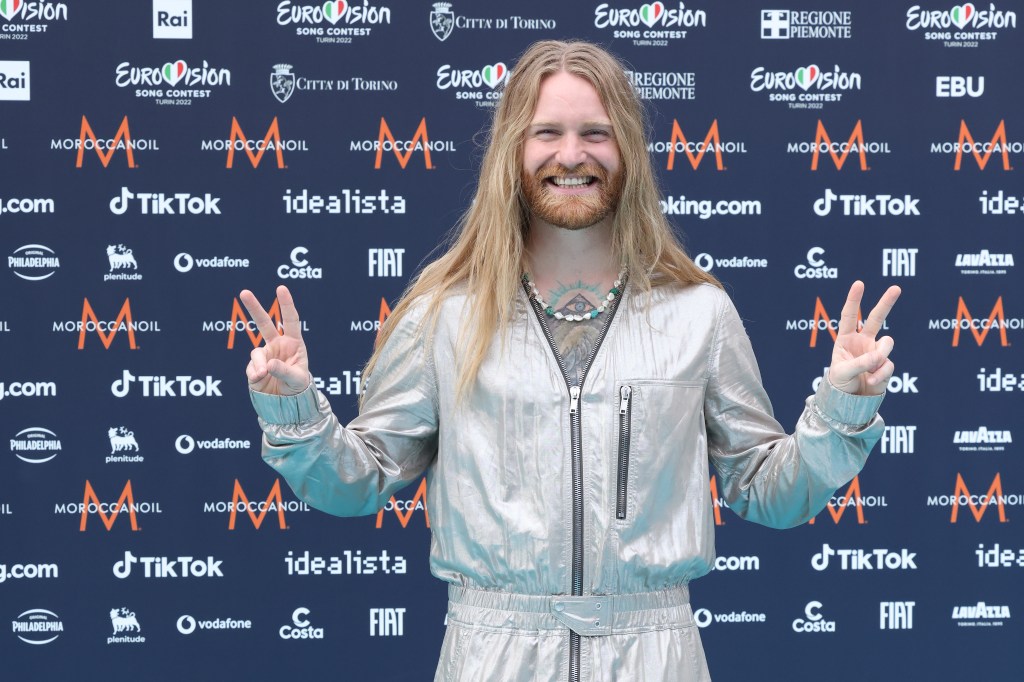 Sam Ryder will be taking to the Eurovision final stage tonight, ready to perform his very own song, Space Man.

Boasting a jaw-dropping following of more than 12.3 million on his TikTok account and 3.7 million on Instagram, Sam is bringing high hopes for fans who are becoming somewhat used to disappointing results from the singing contest.

Talking about performing on behalf of the UK, Sam said: ‘Having been a fan of Eurovision since I was a kid l I am so honoured to have been presented with the opportunity to sing at an event alongside some of Europe’s most talented creatives, performers and songwriters.

‘I hope to sing my head off in a way the UK can be proud of, and to showcase a song I wrote with my friends last summer makes the whole experience even more special. See you in Turin legends!’

So, who is Sam Ryder? What’s his Eurovision song? Here are the important facts you should know about the UK’s entry.

Who is Sam Ryder?

Sam those to fame on TikTOk (Picture: Parlophone Music)

Sam rose to fame when he started posting on TikTok in March 2020 during the first Covid-19 lockdown.

He quickly blew fans away with his covers of songs from artists such as Adele, Justin Bieber, and Michael Jackson.

Not only was he crowned TikTok’s most popular artist account at the end of 2020, he also gained some pretty star-studded fans, including Alicia Keys, who came across his incredible cover of If I Ain’t Got You.

‘Yo, he killed this,’ she said as she reacted to the cover. ‘This is hard for me to sing.’

While Sam has shared plenty of astonishing covers, he’s also got his own original music – he’s released various singles since 2019, including his songs Set you Free, Whirlwind, and Tiny Riot.

The star has just finished his first sold-out tour around the UK.

Sam Ryder will be performing one of his original songs at Eurovision 2022 (Picture: Youtube/Sam Ryder)How old is Sam Ryder?

He is from Maldon, just outside of Chelmsford in Essex.

A Sam Ryder original, he will be taking to the stage in Turin, Italy, with Space Man.

The song’s lyrics are nice and meaningful as they remind listeners that everything that is important in life is right in front of them.

You can listen …read more

US soldier mauled to death by bear in military training area