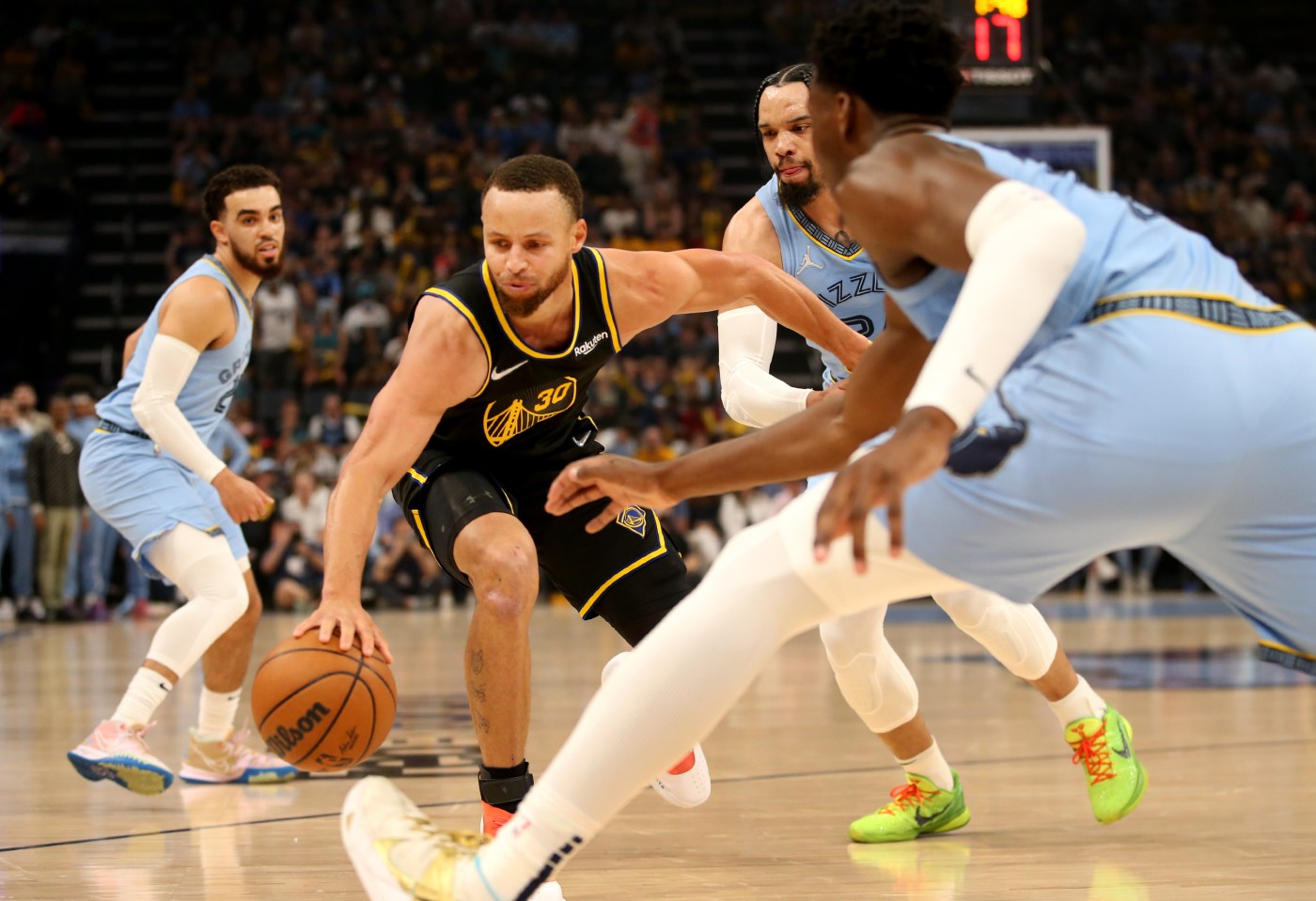 To view the live updates on your mobile device click here.

The Warriors will get their second shot at winning the Western Conference semifinals and knocking the Grizzlies out on Friday night at San Francisco’s Chase Center.

For the second straight round, the Warriors could have ended the series on their opponent’s home floor. But in Memphis, Golden State put forth an effort that they rightly called embarrassing and were lambasted, 134-95.

The Grizzlies had a 55-point lead at one point during the third quarter and seemed like they were going to set the record for largest margin of victory in NBA playoff history. But only a spirited effort from the Warriors reserves made the score look more presentable — and yes, that is saying a 39-point loss is presentable at all.

Warriors feel Steve Kerr’s absence on the sideline vs. Grizzlies

Warriors to ‘wait and see’ if Otto Porter Jr. will play Game 6

Warriors: Porter questionable for Game 6 vs. Grizzlies; Kerr still out

The Warriors have problems; here are the solutions

How the Warriors plan to flush their Game 5 blowout loss

The Warriors will need better performances from just about every player on the roster, especially if Otto Porter is unable to play as he battles right foot soreness. But Draymond Green, in particular, has been struggling in this series and could use a return to his usual postseason excellence.

Steve Kerr remains out in the health and safety protocols, so Mike Brown will continue to be acting head coach. Memphis remains without Ja Morant, but they added another win to their astounding season-long excellence when playing without their superstar.

How will the Warriors respond to the drubbing they were given on Wednesday? Can the Chase Center crowd help give Golden State the same type of energy boost that the Grizzlies got in Memphis for Game 5? How will the Kerr-less Warriors break out of their two-game-long offensive funk to try and avoid having to go back to Memphis for Game 7?

Follow along as reporters Madeline Kenney and Shayna Rubin and columnist Dieter Kurtenbach break down those questions and more in Game 6 of the Western Conference semifinals.

Fox News Is Tearing Itself Apart Over Bonkers Senate Race

Warriors’ Steve Kerr: Andre Iguodala’s status for playoffs ‘up in the air’