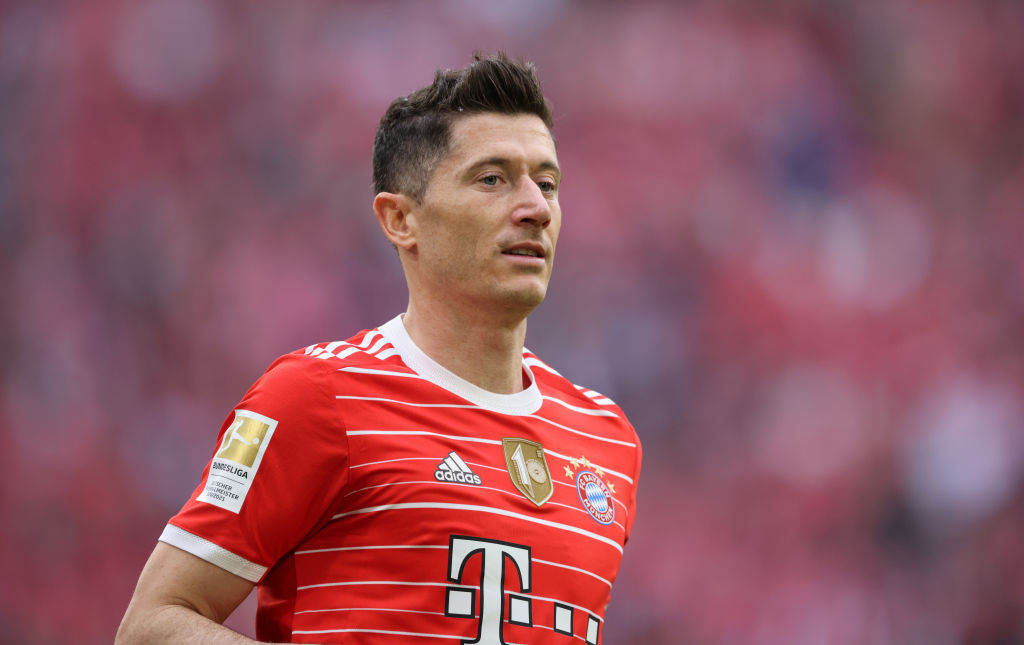 Lewandowski is eyeing a departure from Bayern (Picture: Getty Images)

Robert Lewandowski says he will not sign a new contract at Bayern Munich and has urged the club to consider offers for him.

The Poland international has developed his reputation as one of the world’s best strikers while at Bayern and previous club Borussia Dortmund.

Lewandowski has kept up his fine goalscoring record this season, netting 50 times in 46 games across all competitions to help fire Bayern to the Bundesliga title.

The striker has been linked with Xavi’s Barcelona (Picture: Getty Images)

Though the 33-year-old is contracted to Bayern until the summer of 2023, he is seeking a new challenge.

The likes of Barcelona have been credited with an interest in Lewandowski, and the centre-forward has insisted he will not be putting pen to paper on a new deal at his current club.

‘We have to find the best solution for both sides. I told the club that if an offer comes in, then we have to think about it – also for the club.’

Meanwhile, Bayern sporting director Hasan Salihamidzic has suggested he will not be allowed to leave the club.

‘He informed me that he does not want to accept our offer to extend the contract and that we would like to leave,’ Salihamidzic told Sky Germany.

‘He said he wants to do something else.’

‘Our position has not changed,’ he added

Richard Madeley savages Prince Harry’s ‘dreadful’ acting skills in travel advert: ‘This is not going to get him a Bafta’