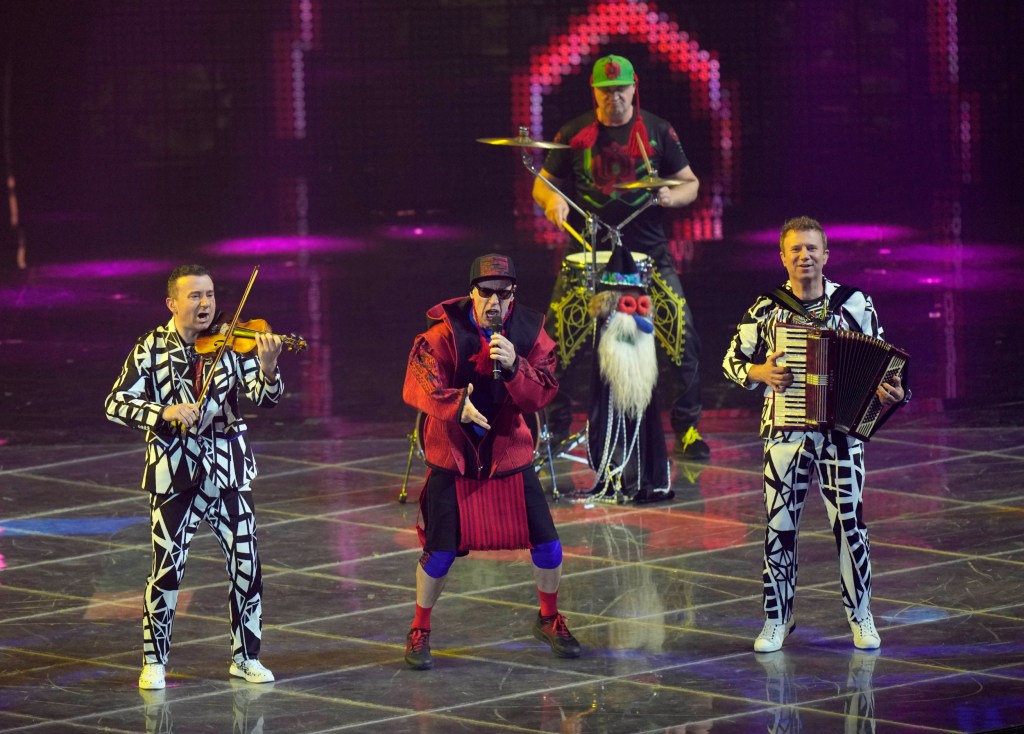 We’re at Eurovision, and here’s what it’s like (Picture: AP)

I’m in a cab on my way to the Eurovision final in Turin with sparky Maria from Spain and a trio of hombre mates who are buzzing and then some about dancing-queen gyratrix Chanel’s chances.

I’ve already shared a plane ride next to Swedish singer Cornelia’s best mate from school – either that or she’s got an awful lot of photos of her – out to convince me her girl is going to take the win. Everyone is buzzing.

And everywhere in Turin absolutely no one, including 2014 winner and Eurovision legend Conchita Wurst, is laughing at the idea of UK’s very own SPACE MAN Sam Ryder flying to victory. In fact, they almost expect it. And that’s before we’ve got to the hopefuls from Norway, Italy, Greece or, of course, the much discussed Ukraine factor. The opening Give Peace a chance crowd chorus is a strong shout as to how the night might go.

Still, we all know anything can happen at Eurovision and often does, but this year promises to be a doozie on the douze points front. It feels like anyone can win.

If the merch stall is anything to go by it’ll be a UK v Spain dogfight – they’ve both sold out all their flags. Darn.

Once inside Turin’s cavernous Pala Olimpico – in the flesh it looks like a choc ice on stilts – the atmosphere is a weird mix of electric and chaotic. Italians are famous for football, wine, fabulous food and speaking really, really fast, but being organised… not so much. Like a swan that looks serene on the surface but underneath is paddling furiously, that’s the feeling you get before our mildly panic-stricken looking trio of presenters – is Mika real or is he a Disney fantasy? – take to the stage.

The vibe in the stadium is massive (Picture: Marco BERTORELLO / AFP)
Mika is one of the hosts tonight (Picture: AP)

It’s an odd feeling actually seeing Eurovision in all its glitzy, gaudy, eccentric glory up close (well, close-ish, the PO is pretty enormous, though intimate compared to some past venues). What you get on TV is the polished product, just the head of the swan if you like.

Sat in the stalls you get to see the frantic paddling of a road crew handed the Herculean task of a succession of quick set changes – whatever happened to just standing at a mic and singing? – while a flotilla of stage managers grapple with a stage design that’s been a mighty headache ever since they discovered its key LED sun installation took way too long to do anything useful. Some acts disappear in a blizzard of lights.

And then we have Subwoolfer… (Picture: AFP)

So I find myself so weirdly mesmerised by all the peripheral shenanigans that a trio of songs have come and gone before I’ve fully cottoned on there’s a contest happening. Hardly fair on the …read more

Sarah, Duchess of York: ‘I thought my mum left me because I’d cut my hair’