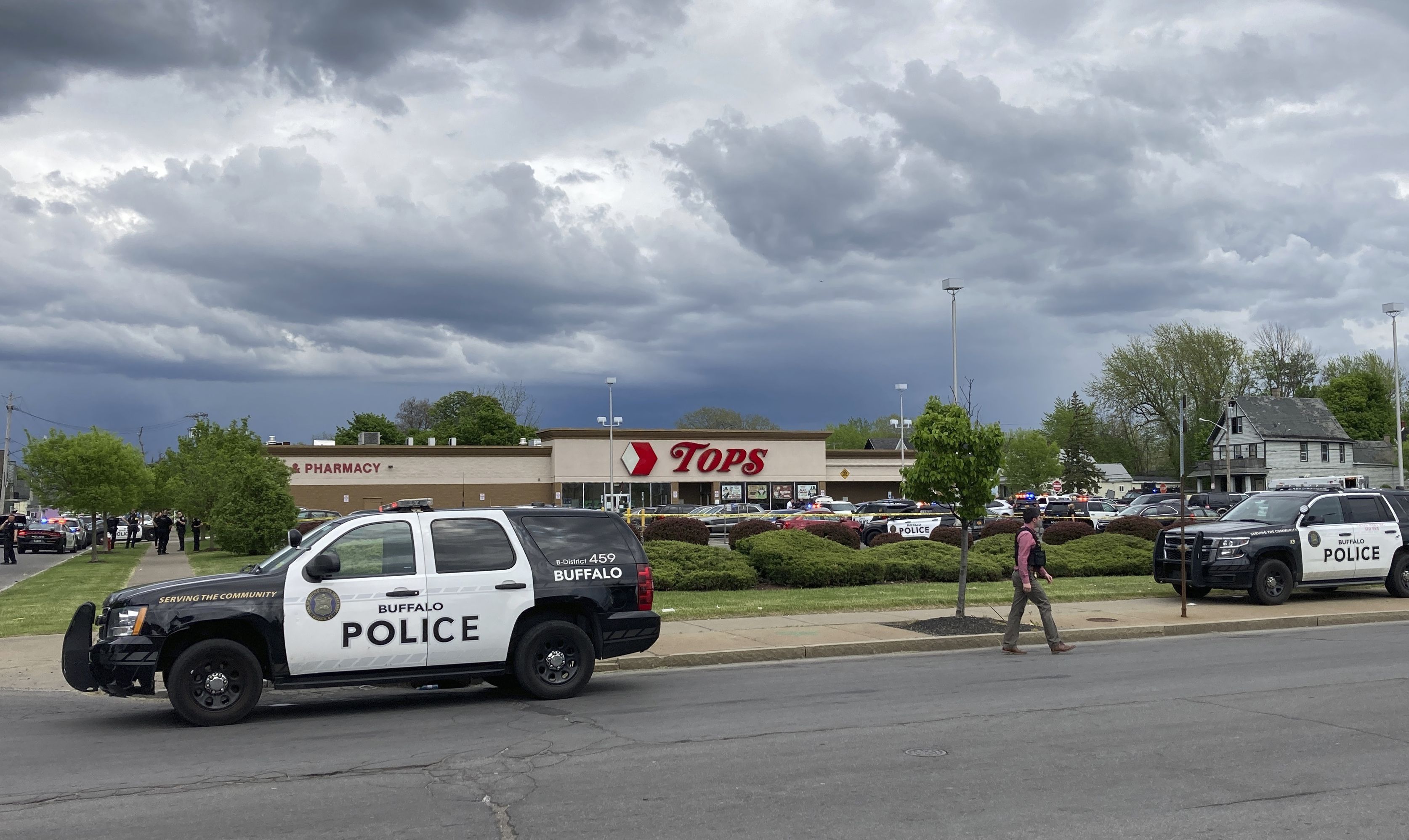 Multiple people were shot Saturday afternoon at a supermarket in Buffalo, New York, police there tweeted, adding that the alleged shooter was in custody.

Details on the number of people shot at the Tops Friendly Market and their conditions weren’t immediately available, and the suspect has not been identified.

Police officials and a spokesperson for the supermarket chain did not immediately respond to messages from The Associated Press seeking comment.

Police closed off the block, lined by spectators, and yellow police taped surrounded the full parking lot. Mayor Byron Brown was at the scene late Saturday afternoon and expected to address the media.

Gov. Kathy Hochul tweeted that she was “closely monitoring the shooting at a grocery store in Buffalo,” her hometown. She said state officials have offered help to local authorities.

The Erie County Sheriff’s Office said on social media that it ordered all available personnel to assist Buffalo police.

The shooting came little more than a year after a March 2021 attack at a King Soopers grocery in Boulder, Colorado, that killed 10 people. Investigators have not released any information about why they believe the man charged in that attack targeted the supermarket.

2022 midterms: What to watch as 5 states hold primaries