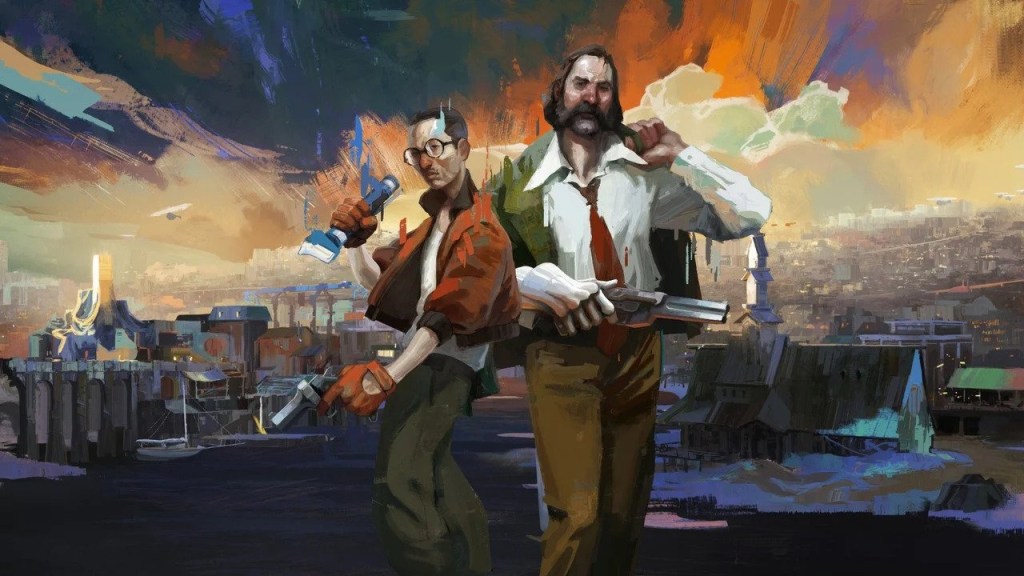 A reader explains his love for cult classic Disco Elysium and how its mix of the profound and the absurd has left a lasting impression.

It really helps that I love the music of Sea Power, née British Sea Power. They are an awesome British indie band with a beautiful brand of soaring orchestral scores punctuated by the use of achingly mournful horns, which have led to them being commissioned to make several scores for film and, more pertinently to this article, video games. It’s well understood that music can elevate a game, heightening the emotional impact and adding depth and heft to your bond with the characters and gameplay. Sea Power did their job well for ZA/UM on Disco Elysium, an incredible experience that’s unique to video games, but the music is just part of an overall experience that comes together to produce a key example in the argument for games as high art.

For people unacquainted with Disco Elysium, it is ZA/UM’s first game and similar to an old school point ‘n’ click adventure mixed with even older school pen and paper role-playing games. You play an amnesiac detective called Harry Dubois (though you don’t even know your name at the start), who wakes up from one of the most epic drug and drink fuelled benders of all time to the realisation that for three days you should have been investigating the dead body hanging from a tree at the back of your hostelry. Your room is almost completely destroyed, to the chagrin of the owner, and you must deal with your new partner from another district, Kim Kutseragi, whose infinite patience belies a man who thinks you are a complete mess both personally and professionally.

I love the plot, which twists and turns as you develop a picture of yourself, the crime, your location, the locality, and the world, as the game introduces a labyrinthine and nuanced cast of deep characters. It’s important they are deep because the most important aspect of Disco Elysium is the conversations. Conversations carry they game, they are fully voiced and explore a wide range of topics from the use of drink and drugs to racism, identity, supernaturalism, and bigger ideas like existence itself. They meander but can be profound, as it’s an incredibly well written game.

Disco Elysium also introduces two genuinely innovative ideas. You are given points to allocate towards your own personality attributes at the start of the game and these attributes influence the massive number of dice rolls in the game, giving you a better or worse chance of passing these checks. They also play an active role om advising you and forming part of your ongoing internal monologue, which is always present and gives you guidance, both good and bad, throughout the game. This voice in your ear is innovation number one. Due to this, no two people should have the …read more

Stock Market: Suez Canal Update! Floating!
A three-year-old is touring care homes dressed as a ‘mini Queen’ ahead of the Jubilee

Floodlights: Viewers praise ‘hero’ Andy Woodward after watching ‘heart-breaking’ drama: ‘If ever anyone deserved a knighthood, it’s him’