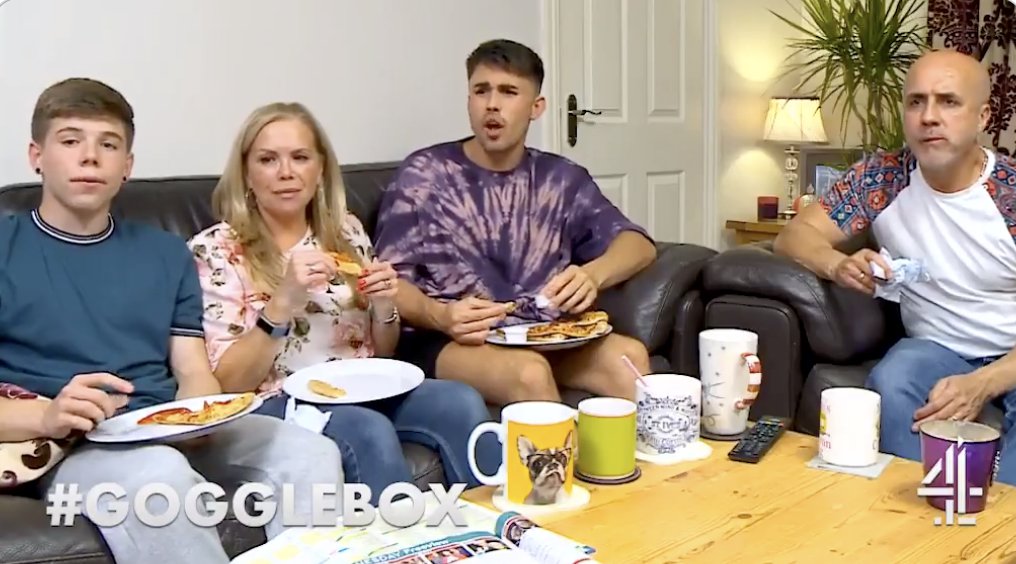 Where have the Baggs been on Gogglebox? (Picture:@channel4/Twitter)

Gogglebox’s Joe and George Baggs have explained why their family was missing on the latest episode of the Channel 4 favourite.

However, noticeably absent from the night was fan-favourites the Baggs family.

‘Where are Joe and Roisen and the Baggs?’ asked one viewer, which was echoed by another equally concerned audience member who said: ‘Missing the baggs family tonight.’

Well, the Baggs addressed fans and clarified where they’ve been.

Joe wrote on his Instagram: ‘Ello lovelies, the Baggs aren’t on Gogglebox this week as we’ve had such a chaotic & busy couple of weeks we haven’t managed to film.

‘It’s always an amazing show though and we can’t wait to watch along with you!’

The Baggs family joined Gogglebox in 2020, made up of mum Linda, dad Terry, and sons Joe and George.

The Baggs missed a moving week after the cast sat down to watch Netflix’s Heartstopper, following two young school boys falling in love.

While the Goggleboxers were in bits watching Charlie and Nick’s love story unfold, the actual cast of Heartstopper couldn’t quite believe they’d actually made it onto the Channel 4 show.

Joe, who stars as Charlie, tweeted: ‘MY FACE ON GOGGLEBOX WTF.’

Stock Market: Suez Canal Update! Floating!
Ukrainian dug himself out of grave where Russians buried him and his brothers

Perrie Edwards teases U-turn on Little Mix hiatus during final shows: ‘Shall we just call it off?’