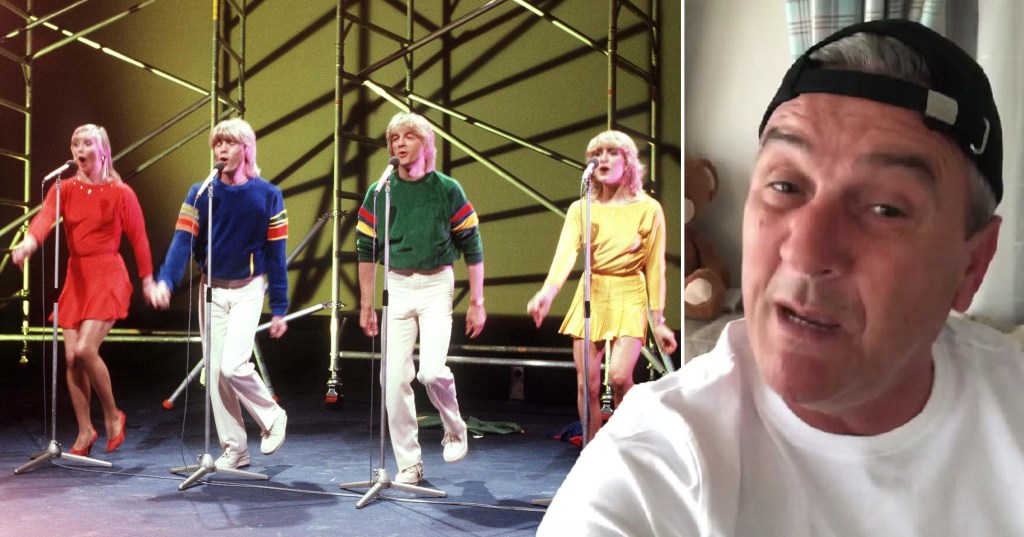 Gogglebox star Lee Riley got an awkward message from a member of Eurovision-winning English pop band Bucks Fizz after making a dig about them on the Channel 4 show.

The TV-sofa critic, who has appeared on Gogglebox alongside his best pal Jenny since 2014, revealed singer Cheryl Baker slid into his DMs to confront him about his brutal comments on the show.

Watching the Eurovision 1982 winners perform on ITV’s This Morning, Lee and Jenny had been in hysterics, reacting to hosts Eamonn Holmes and Ruth Langsford who were clapping along to the live performance.

Jenny said: ‘Look at him and her, they’re loving it!’

However, Lee’s comments weren’t ignored after Cheryl messaged him on Instagram.

Lee appears on the show next to his best pal Jenny (Picture: channel 4 / Jude Edginton)

Spilling the tea to The Daily Star and other press at the Baftas, where Gogglebox won best reality and constructed factual programme, Lee said: ‘I think I said something about Bucks Fizz once, and she did message me. Cheryl Baker.

Lee promised he was just ‘jesting’ after Cheryl slid into his DMs (Picture: Ken McKay/ITV/REX)

Lee also confessed that he had ‘ducked and dived’ from celebrities at the ceremony in fear that he’d previously made digs about them on the Gogglebox sofa.

When asked who they were looking forward to seeing, Lee and his castmate Mica Ven said they didn’t want to bump into anyone they had ‘slagged off’ on the show.

Lee said: ‘I have ducked and dived a few times.’

Elsewhere at the award ceremony, Lee hilariously admitted he struggled to keep his eyes open.

Sharing his thoughts after the ceremony wrapped, the 52-year-old quipped: ‘[It was] brilliant, but long. Really long.

Lee admitted he couldn’t keep his eyes open during the ceremony! (Picture: Guy Levy/REX/Shutterstock for BAFTA)

‘I think I’ve nodded off twice.’

Lee also confirmed that his co-star and best friend Jenny had to miss out on the star-studded bash after undergoing an operation.

Gogglebox: Lee gives update to fans concerned for Jenny as she misses show due to surgery

‘She was supposed to be here but she had to have a minor operation and it came this week, so she couldn’t turn it down,’ he said.

‘So she’s still in hospital. She’s gonna be watching, she will be watching this in a hospital bed.’

Stock Market: Suez Canal Update! Floating!
Patrick Kielty ‘punching’ with wife Cat Deeley: ‘The key is to find someone out of your league and convince them they aren’t’