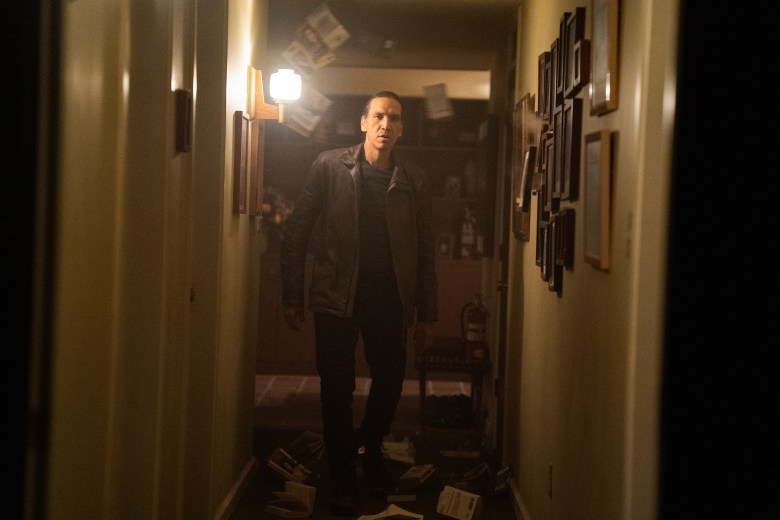 Actor Michael Greyeyes has long been a fan of Stephen King, so when he was offered the role of Rainbird, a tracker meant to find a young girl with the ability to spontaneously start fires, in the remake of “Firestarter” he was eager. But the character comes with a lot of baggage.

When the original “Firestarter” was released to theaters in 1984, the character was played by non-indigenous performer George C. Scott. But for Greyeyes, who has been working in Hollywood for going on 30 years now, it was an opportunity to give the character a deeper sense of history, and reclaim a problematic character.

Greyeyes talked to IndieWire via Zoom about the movie and creating a richer backstory for Rainbird, as well as whether he’d be open to joining the Marvel universe. Interview has been condensed and edited for clarity.

IndieWire: What drew you to Rainbird and this project?

Michael Greyeyes: I’m a big fan of Stephen King and, interestingly, this was the first novel I read. So I suppose you could say that I’ve had a longstanding interest in it. I also really liked the elements in his first novels that dealt with psychic ability, “Carrie” and “The Dead Zone,” and, of course, “The Shining.” So, to me, that was my entry point into his body of work.

When the project came to me, I was like, “I’d love the chance to play Rainbird.” At the time, I just finished my first season with “Rutherford Falls,” so there was this body of work where, all of a sudden, I was introduced to audiences for the first time as a person who can make them laugh and I thought it would be a great balance [to play a villain].

We only get snatches of Rainbird’s backstory. How did you start to unpack who you thought the character was?

It was a collaborative process. I’m always interested in finding out more about a character that I play. Certainly on the page Rainbird is a cipher. There’s not many scenes with him, but it’s impactful when he’s there. And playing a villain is always the best. They’re the most interesting characters. So when I approached the project, I took Scott Treems’ script [and] there w[ere] pockets of Rainbird throughout and I said, “Okay, how are these connected? What is the implied story?”

What really inspired me was Treems’ idea that Rainbird was also part of these experiments. That opened up all the possibilities. Then, after I came on board, [director] Keith Thomas and I talked over zoom for hours about what motivated him [Rainbird]? Why would he work for a government that had done this to him? Why would he work for the very agency responsible for coming into his community, taking people [and] probably killing them? Keith and I, we just kept building, kept building.

Of course, George C. Scott played the role in the first movie. How do you look at that past performance?

I was a fan of the first film. I …read more

Jimmy Kimmel at Disney’s Upfront: ‘Every Year I Say ‘F*ck Netflix,’ and This Year It Came True’

Lionel Messi Is The Highest-Paid Pro Athlete Of 2022

The Costumes on ‘Ghosts’ Are Meant to Last an Eternity