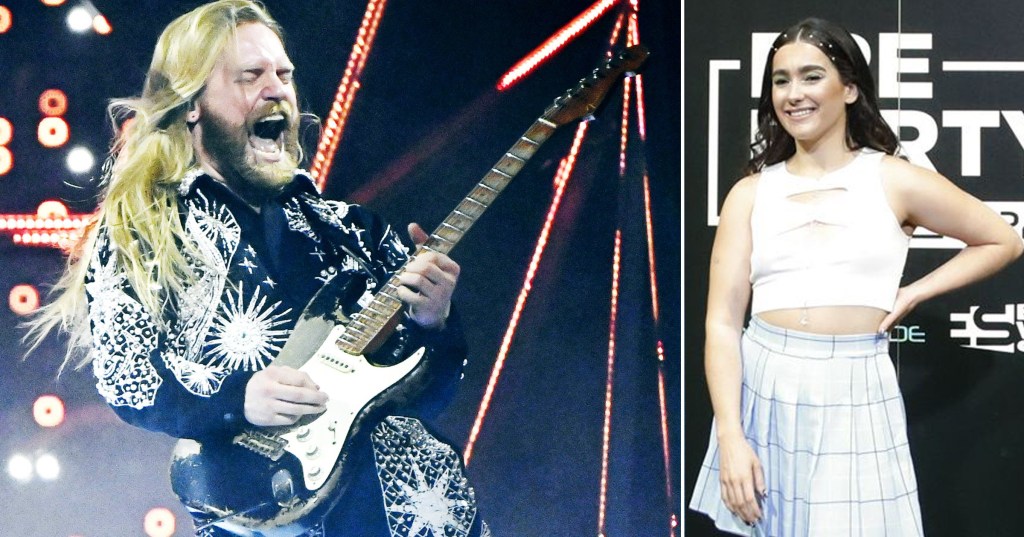 Brooke has thrown her support behind Sam and Kalush Orchestra ahead of the final (Picture: Rex)

Ireland’s Eurovision 2022 act Brooke Scullion, who made a tearful exit from the competition during the second semi-final, believes the UK’s Sam Ryder is guaranteed to make the top 5.

The singer also expressed how ‘beautiful’ it would be if Ukraine’s Kalush Orchestra were to win the contest in tonight’s grand final, emphasising how much they would deserve to be victorious despite some believing that result would be based on a ‘political’ vote.

On Thursday evening, Brooke – who previously finished in third place in the 2020 series of The Voice UK – sadly didn’t make it through to the final stage of Eurovision, as she shared a heartfelt video on social media thanking everyone who had supported her up to this point.

Ahead of the semi-final, the 23-year-old caught up with Metro.co.uk, where she opened up about what the vibe was like among the acts in Turin, Italy, explaining that the collective support for Kalush Orchestra was ‘massive’.

When asked how she believes the UK’s Sam will fare in the competition, having soared to stardom on TikTok during the first lockdown during the pandemic, Brooke remarked that she thinks it’s ‘a given’ that he will finish in an impressive position on the leaderboard.

After the UK was awarded zero points in 2021 with singer John Newman, Brooke said: ‘You will get more points with Sam. Everyone is in love with him and rightly so. Phenomenal voice.’

She continued: ‘You should be so proud that he’s representing you, because Sam is a phenomenal person and you’re definitely going to be top five in my opinion.’

Brooke went on to shower hip-hop collective Kalush Orchestra with praise, whose song Stefania pays tribute to a mother in the lyrics.

‘Kalush Orchestra, their song’s actually a fabulous song. I know that people are saying that it’s a political competition, but their song is famous,’ she stated.

‘Their song is doing tremendously well, they deserve everything, and it will be a lovely light to shine on their country.

‘If they could win it, that would be such a beautiful thing to happen, because Eurovision transcends all. Music brings everybody together and it will be a lovely night for everyone in the world.’

Many are expecting Ukraine’s Kalush Orchestra to be crowned the winners (Picture: AP/Luca Bruno)

As for Brooke, while her time on Eurovision may have been cut brutally short, she has felt bolstered throughout her run in the contest by the young children who now look up to her as a role model.

She shared that on the morning of her conversation with Metro.co.uk she received a video from a mother of her daughter, who had the same hair as her and was performing the choreography to her song That’s Rich while …read more

Weekend Hot Topic: The most overrated video game ever