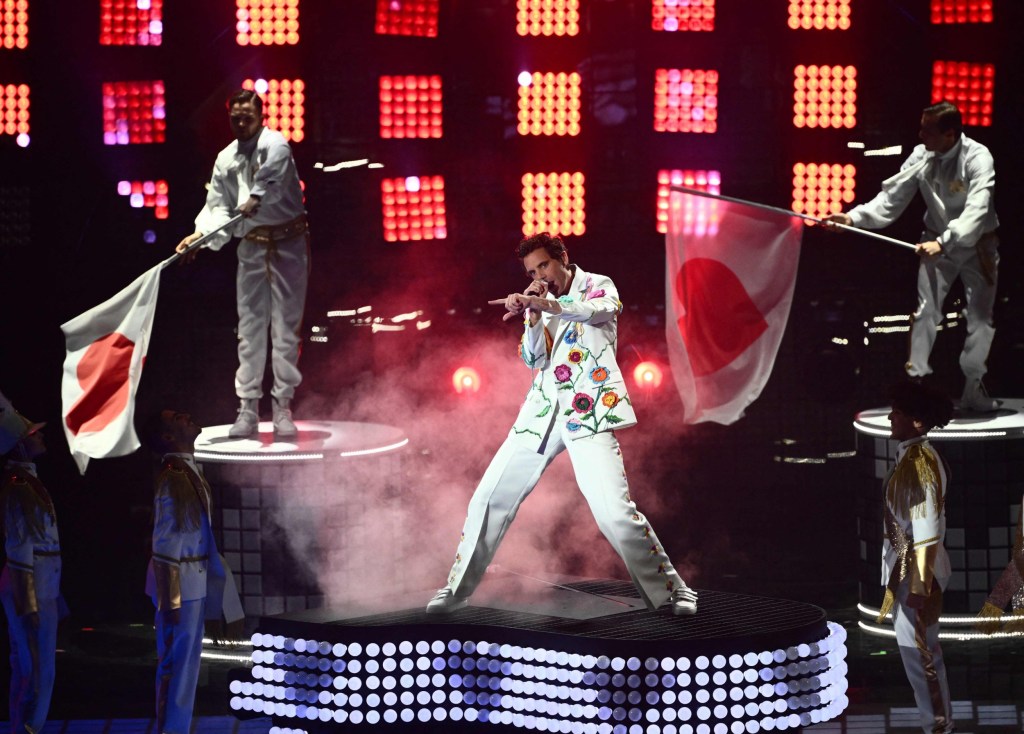 Eurovision host Mika gave a spectacular performance at the competition as voting got underway (Picture: AFP)

The Eurovision Song Contest 2022 performances might be over, but a new competitor has entered the ring, with fans joking host Mika should win the competition.

The Grace Kelly singer is hosting this year’s competition in Turin, and as voting got underway, he took to the stage for a medley of some of his best-known tracks.

Mika was absolutely massive in the mid-2000’s, and it seems his career is in for a comeback as he wowed fans with his performance at the grand final.

Plenty were joking the star should win the competition outright, while others asked where they could vote for the icon.

‘Ok, just give it to Mika,’ one person wrote, while another said: ’12 points for mika pls!’

One Eurovision fan joked that their points went to ‘Lithuania, Norway, Moldova and Mika,’ while one declared: ‘Mika to win Eurovision please!’

‘HOW DO WE VOTE FOR MIKA,’ one particularly enthusiastic fan asked.

Ok, just give it to Mika. #EUROVISION

HOW DO WE VOTE FOR MIKA #EUROVISION

While Mika, obviously, won’t be crowned the winner of 2022 Eurovision, there is plenty more fierce competition to watch out for.

From Ukraine’s Kalush Orchestra to Sam Ryder representing UK, it was an absolutely massive night in the contest.

Sam made the UK proud as he smashed his performance of Space Man, with the UK’s chances of winning higher than they have been in recent memory.

The last time the UK won Eurovision was 25 years ago in 1997, with Katrina and the Waves.

MORE : Eurovision 2022: All the songs from this year’s final from Sam Ryder’s Space Man to Kalush Orchestra’s …read more

I stopped playing sport – until I discovered gay teams exist