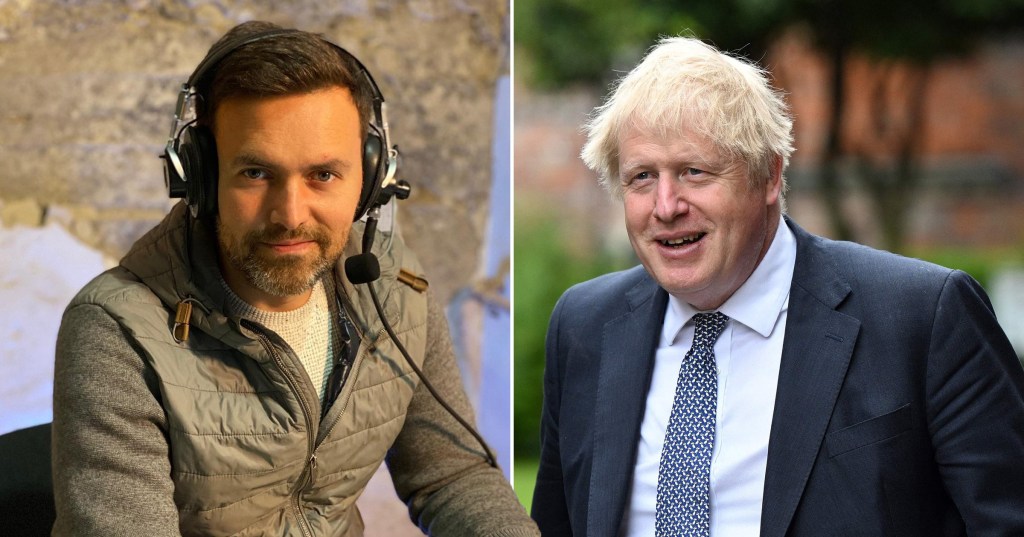 Boris Johnson has been praised by Ukraine Eurovision commentator Timur Miroshnychenko for his assistance to the country during the Russian war (Picture: Getty)

Ukraine Eurovision commentator Timur Miroshynchenko has praised the UK for their support during the war with Russia, and described Boris Johnson as the country’s ‘best friend’.

The Ukrainian broadcaster went viral last week as he commentated on the 2022 Eurovision Song Contest from an underground bomb shelter in Kyiv.

Timur, 36, has spoken about how Ukraine ‘felt alone at the start of this war’ but thanks in part to the support from Europe now feel ‘the power to continue our resistance.’

Speaking to Metro.co.uk, the father-of-two, whose children were forced to flee to Germany amid the conflict, said his country was grateful for the support of other nations during the Russian invasion, paying particular tribute to the UK Prime Minister.

He said: ‘For these three months, 79 days here of war, now we know who are real brothers of us, and it’s definitely not Russia.

He joked that Ukrainians have a nickname for Boris, which combines the UK and a common Ukraine surname.

Boris Johnson made a secret trip to Kyiv to meet Ukraine president Volodymyr Zelensky and pledge further assistance to the country amid the invasion (Picture: PA)

‘You know in Ukraine, we call him Boris Johnsonuk,’ Timur – speaking from a bomb shelter – said.

‘Because of UK in the end. And in Ukraine, many second names finish with these two letters. We call him Boris Johnsonuk in Ukrainian manner.’

The PM has been praised in the past by Ukraine, including by President Volodymyr Zelensky, for his leadership during the crisis, including his secret trip to Kyiv for talks, where he pledged more weapons to help the country resist Russia’s invasion.

‘Just because we are at the frontline of this war, it is not only a war of Russia against Ukraine, this is a war of different civilisations with different values, different worlds,’ Timur said.

He added that people in certain countries might feel ‘so far away’ from the war, but warned ‘it’s the centre of Europe in the 21st century. You can’t be somewhere very far from this situation.

‘You have to understand the war is very close to you, wherever you are right now.’

Timur previously said that winning Eurovision would be a ‘very symbolic victory’ for the war-torn country as they feel support from other nations.

Now, responding to the ban on Russia competing in the 2022 competition, he said he ‘definitely’ agrees with the ban, and asked: ‘How could we be in one place with people who support Putin’s propaganda, Putin’s regime?’

They’re crazy,’ an incredulous Timur said. ‘How could we be in one place with these people?’

There are reports …read more

Search for survivors after plane crashes into Cameroon forest

Piers Morgan attempts to bond with climate activist who also walked off Good Morning Britain: ‘All the best people do’