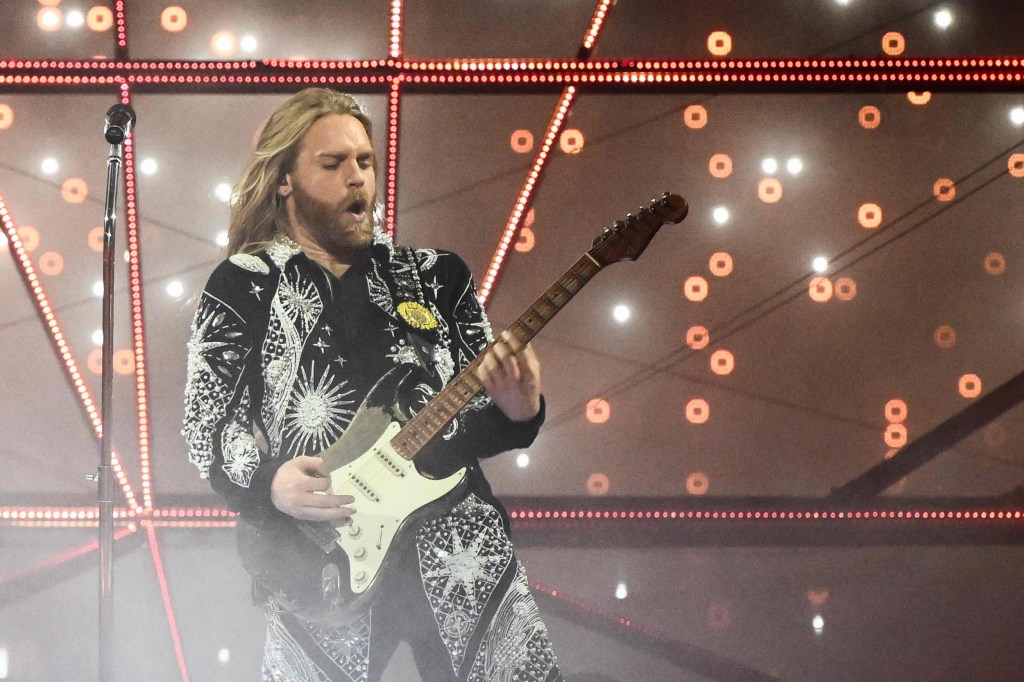 Sam Ryder made the UK proud at Eurovision 2022 (Picture: AFP )

The Eurovision Song Contest 2022 performances are over for another year, and it was an absolute rollercoaster.

From Ukraine’s Kalush Orchestra to UK icon Sam Ryder, there was plenty to write home about from Pala Olimpico in Turin this year.

Moldova thrilled fans with one of the most bizarre folk songs ever, while Sweden’s act proved massively popular in the stadium.

The Rasmus returned to the international stage giving Pennywise vibes, and we’re pretty sure Ben Adams of A1 joined Subwoolfer for the brilliant Give That Wolf A Banana.

In case you need a refresher, here are all the performances from this year’s Eurovision.

Czech Republic: We Are Domi – Lights Off

Czech Republic kicked things off with their synth-heavy track Lights Off, complete with, well, a lot of lights.

The catchy chorus is guaranteed to get stuck in your head, but starting first in Eurovision is always tricky.

The upbeat track was made all the more enthusiastic by WRS encouraging the crowds to sing along the whole time.

Portugal hopefuls Maro gave a beautifully emotional performance, with the crowds lifting their phones and waving their flashlights to add to the already haunting atmosphere.

The all-female choir finished to massive cheers and applause.

Finnish rock legends The Rasmus made their return to the international stage with anthem Jezebel.

A homage to a ‘killer shark in heels,’ lead singer Lauri gave serious Pennywise vibes on stage as he brought major energy to the stadium.

The track, which wouldn’t be out of place in a Toy Story movie, was a solid performance in a ballad-heavy competitio.

France stormed the stage with the intense Fulenn, the stage behind them covered in swirling Celtic symbols.

Alvan & Ahez’s tribal song was a unique one in this year’s competition, standing out from the calmer ballads.

Norway: Subwoolfer – Give That Wolf A Banana

Give That Wolf A Banana was a massive hit among Eurovision fans from the beginning.

It proved just as popular in the stadium on Saturday, as the anonymous, costumed Subwoolfer drove the crowd wild with their bizarre novelty song.

As she sang, Rosa pulled sheets of paper off the wall to reveal the lyrics, giving serious teenage-diary vibes to the performance.

Mahmood & Blanco performed in their home country of Italy in the hopes of winning the Eurovision two years in a row with their song Brividi.

From Bennifer to that fall out from that Oscars snub: The major moments from Jennifer Lopez’s Netflix documentary trailer you’ve got to watch

Buffalo shooting aftermath: Why would an 18-year-old kill?

Telling me I’m ‘almost white’ is not a compliment