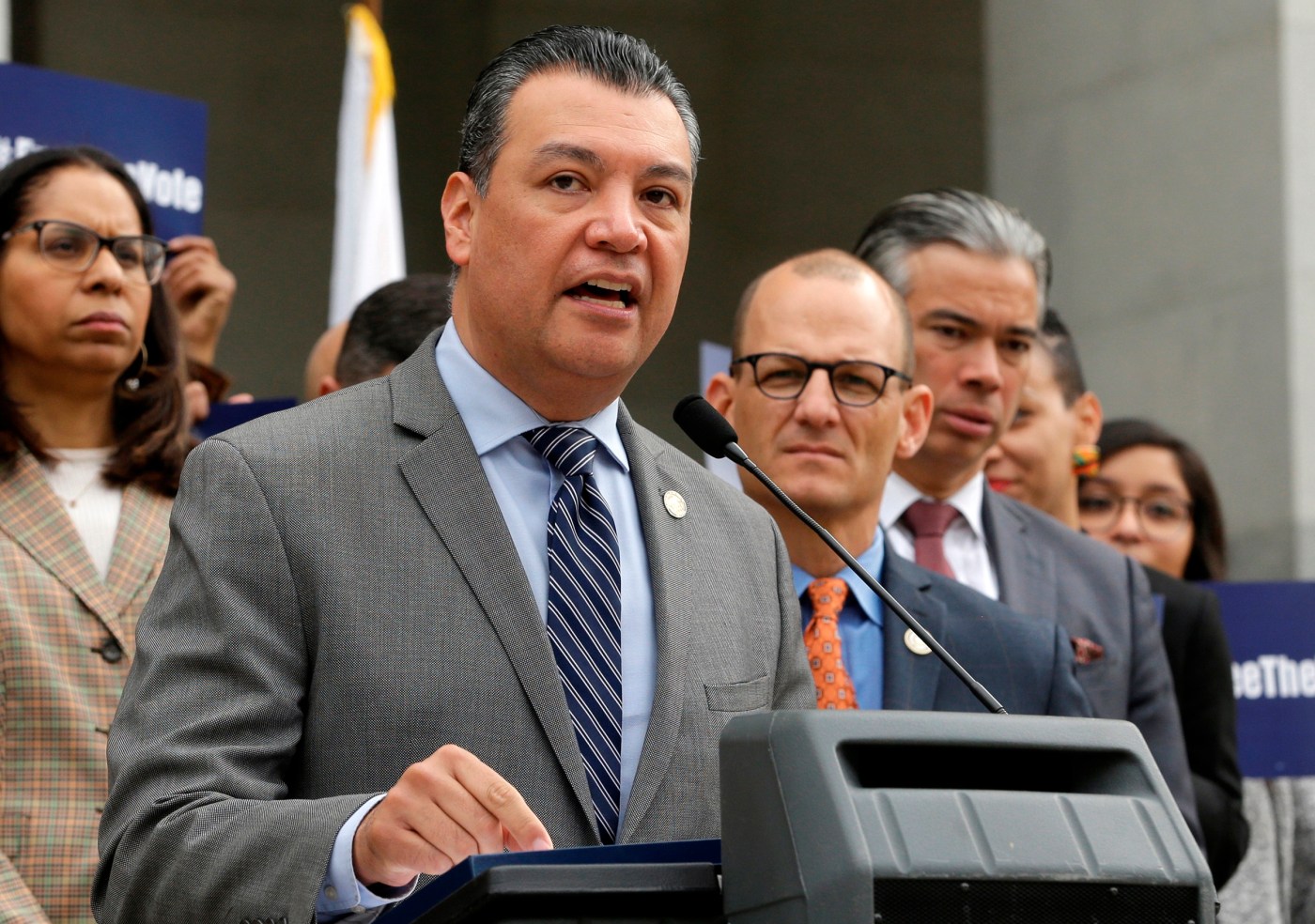 With control of the U.S. Senate at stake this year, Californians face a choice between an incumbent representing the values of most residents, a Trump backer who still questions the 2020 presidential election outcome, and a one-issue billionaire.

It’s an easy decision: Voters should keep U.S. Sen. Alex Padilla in the upper house of Congress. They should cast two votes for him — to continue serving the remainder of Kamala Harris’ term and for a new six-year stint starting next year.

Gov. Gavin Newsom picked Padilla, a Democrat, to replace Harris after she was elected vice president. Padilla, the son of immigrants from Mexico and an engineering graduate from Massachusetts Institute of Technology, had served on the Los Angeles City Council and in the state Senate before first winning election in 2014 as California’s secretary of state.

During his tenure as elections chief, the state significantly boosted voter registration and moved to its current near-universal mail balloting. Padilla was arguably California’s best secretary of state in more than 40 years.

His election experience and vote when he arrived in Washington to impeach Donald Trump for fomenting the deadly Jan. 6 Capitol insurrection stand in sharp contrast to his two leading primary opponents in the field of 23 candidates: Mark Meuser, a Republican Party attorney still trying to litigate 2020 presidential election irregularities, and billionaire Dan O’Dowd, who didn’t bother to vote in half the 12 statewide elections since 2010.

The differences between Padilla and Meuser, who also faced off in the 2018 secretary of state election, go much further. For example:

• Guns: Padilla supports strong gun-purchase background checks and renewal of the federal assault-weapon ban. Meuser opposes the ban and could not name any gun rules he would support.

This is a choice between two diametrically opposite candidates. And in a state where Democrats outnumber Republicans by 2-1, the outcome of this race would usually be a foregone conclusion.

But there’s O’Dowd, the founder of Green Hills Software, which serves firms such as Lockheed, HP, Boeing, General Motors, BMW and Toyota. O’Dowd says his share of his Santa Barbara-based company is worth more than $1 billion and that his coin collection adds $300 million to his personal fortune.

O’Dowd is crusading against Tesla, which he says produces unsafe self-driving cars, and to close hacking …read more

Got money woes? Here’s how to make things go right