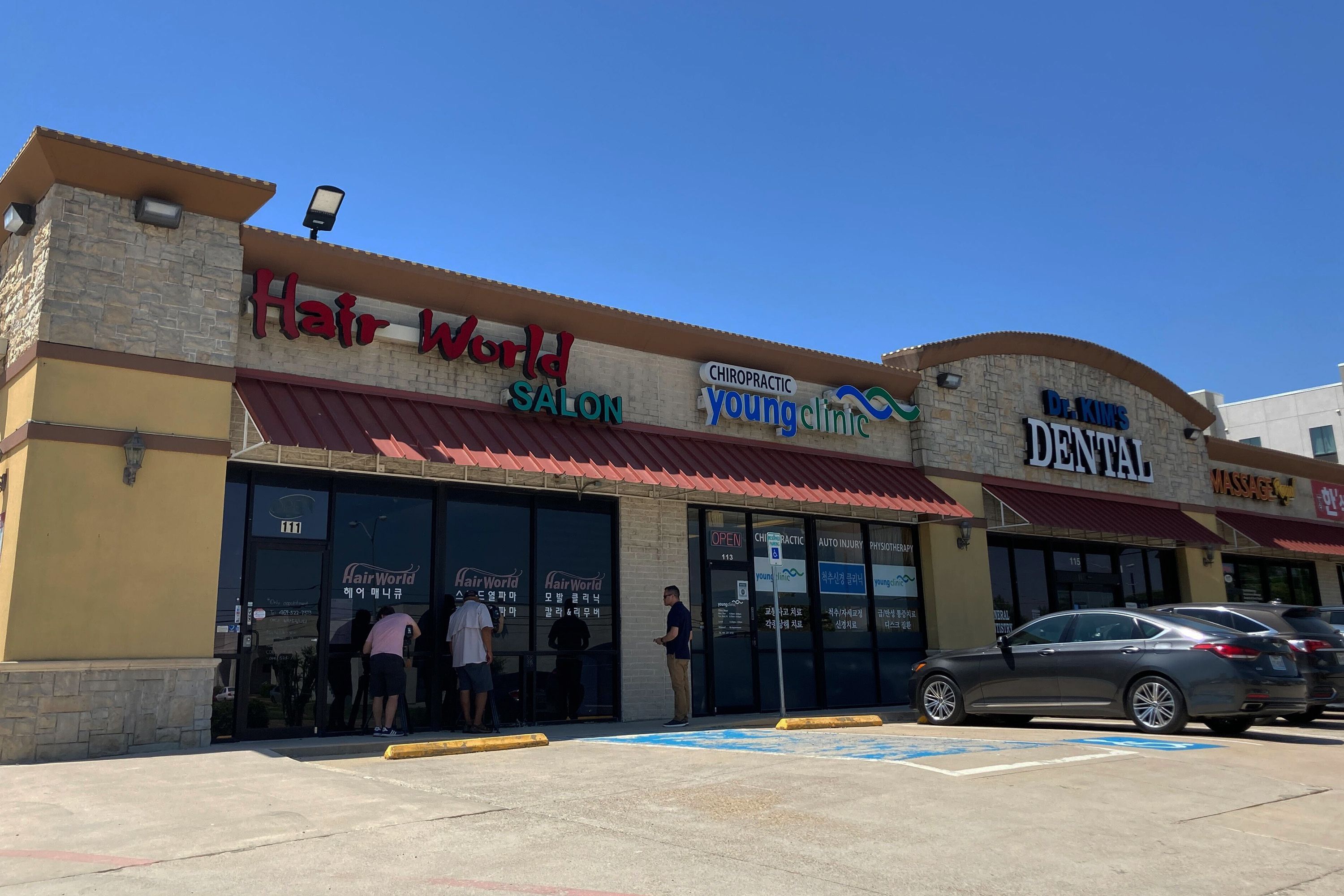 Dallas’ police chief said Friday that a shooting that injured three women in a hair salon in the city’s Koreatown might have been a hate crime as he announced that it could be connected to two other shootings at businesses run by Asian Americans.

Chief Eddie Garcia had previously said police didn’t have any indication the shooting Wednesday at Hair World Salon was motivated by hate, but he said that had changed as of Friday afternoon.

“The possibility that we are dealing with a violent gunman who is motivated by hate is chilling and deeply disturbing,” Dallas Mayor Eric Johnson said in a statement Friday.

Authorities are still searching for a man dressed all in black who opened fire at the salon, then drove off in a maroon minivan. Garcia said investigators found that a similar vehicle was reported to be involved in two other recent shootings, including an April 2 drive-by in the area where the salon is located. No one was injured in either of those shootings.

“We are turning to every resident of the city of Dallas to keep an eye out and safeguard our city,” Garcia said. “Hate has no place here.”

“We need to get this person in custody,” Garcia said.

He said the vehicle was also linked to a drive-by shooting on Tuesday about 25 miles (40 kilometers) southeast of the shopping center where Wednesday’s shooting happened.

Garcia said police would be increasing patrols, and they were reaching out to other police departments in North Texas to see if there have been any similar incidents in their area. He said Dallas police have also reached out to the FBI to let them know of the possible connection.

The three women who were shot at the salon were taken to a hospital with injuries that weren’t life-threatening.

The daughter of one of the injured women said her mother told her that the man, whom she didn’t recognize, calmly walked in, opened fire and left.

John Jun, a founding member of the Dallas-Fort Worth chapter of the Korean American Coalition, said he’d hoped that the shooting at the salon was an isolated incident.

“Now we’re a little more concerned because it seems like they are targeting for sure Asian Americans and most likely Korean American businesses in the area,” Jun said.

He said the salon is in the heart of Koreatown, which is in a part of the city that was transformed in the 1980s from an industrial area to a thriving district with shopping, dining, markets, medical offices and salons.

“The people are obviously shaken and they are on the edge right now,” Jun said.

Anti-Asian violence has risen sharply in recent years. Last year, six women of Asian descent were among the eight killed in a shooting at massage businesses in and near Atlanta, heightening anger and fear among Asian Americans.

EXPLAINER: Next steps for Finland, Sweden on NATO membership

Running Twitter may be much harder than Elon Musk thinks