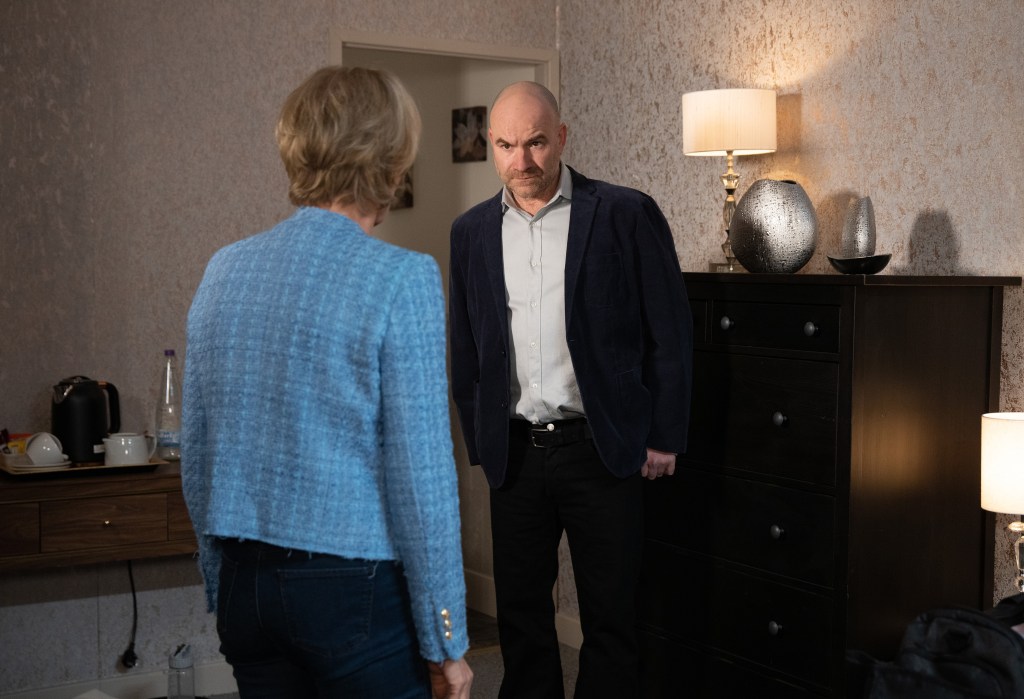 Tim Metcalfe (Joe Duttine) is yet to find the confidence to visit the doctors and receive help for his impotence in Coronation Street.

After Tim’s operation, he and Sally were keen to put the spark back into their relationship – but things haven’t exactly worked out.

With it being common for men to experience impotence after a triple heart bypass, Tim is awkward around Sally (Sally Dynevor) and hasn’t really had a honest conversation with her about his problems.

Coming up, Tim wins a romantic night for two during the raffle being held in memory of Oliver.

As Sally happily packs for her night away, Tim orders some erectile dysfunction tablets, ignoring the warning about heart conditions.

At the hotel, as Tim and Sally kiss passionately, Tim’s heart starts to pound, and he becomes short of breath.

Eventually, Tim confesses to Sally that he’s taken an erectile dysfunction tablet and collapses on the bed.

As a horrified Sal calls an ambulance, will Tim survive?

If he does, will he finally be honest and contact the doctors for help?

Henry Winkler memoir due in 2024