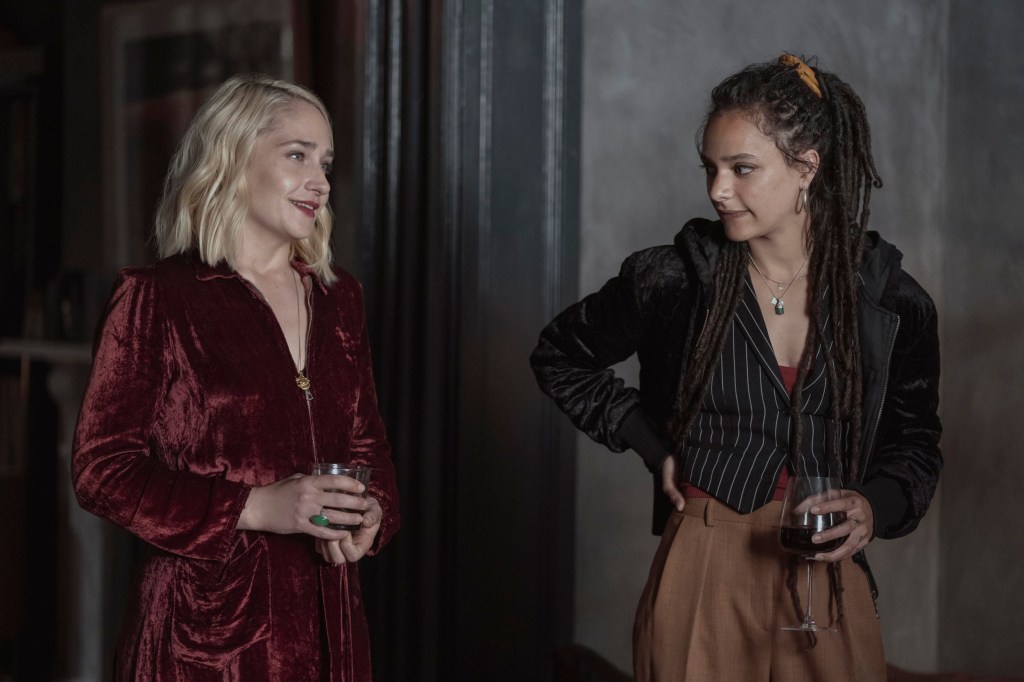 Conversations With Friends star Sasha Lane has addressed being added to the cast as Bobbi, originally an Irish character in Sally Rooney’s novel.

The highly anticipated drama is the second book to be given a TV adaptation from writer Rooney, this time from her debut.

It follows the lives of past lovers Frances (Alison Oliver) and Bobbi (Sasha Lane), who are now university students and still inseparable.

The series sees the pair become unexpectedly intertwined with married couple Nick (Joe Alwyn) and Melissa (Jemima Kirke), where sparks fly between all the wrong people.

However, one major difference to the novel that fans will soon spot is Bobbi comes without an Irish accent in the 12-parter, with Lane instead keeping her American twang.

While this doesn’t change the plot in any way, she admitted to finding it difficult to understand some of the Irish phrases which are used throughout the series.

At a recent screening, she told press including Metro.co.uk: ‘Well, a lot of the Irish phrases, I was like, “Okay, what is this?”, Just the way they phrase things!’

Lane also shared how being cast slightly outside type gave her slightly more ‘freedom’ with the role.

‘The way [Bobbi’s] written in the book is obviously through Frances’ perspective and her point of view, so you don’t get as much, you get a general idea.

‘You get how Frances sees her, everything I say comes out through how she’s taking it in.

‘When you get the space to actually have scenes and have more dialogue in a script – because it’s not really in the book, and now we’re building it – I get to take, every situation she goes through with me. And I get to say, “Well, I’m also now a person,” and you get to see that and that was fun, it was nice for me.’

Lane also gave a bit of insight into preparations for her character behind-the-scenes.

When asked whether she listened to particular tracks to get ready, she replied: ‘Oddly enough, because I usually listen to music, there are a lot of different scenes I created a playlist for. But I think there was only one song I think it’s called… Let’s get married. It’s super slow.

‘That was when I and [Alison] were just obsessively texting each other and falling in love. I just loved listening listen to it, and it would just get me all in my feels.’

Stock Market: Suez Canal Update! Floating!
Cyclist caught ‘carrying Class A drugs and peddling up the motorway at 5am’