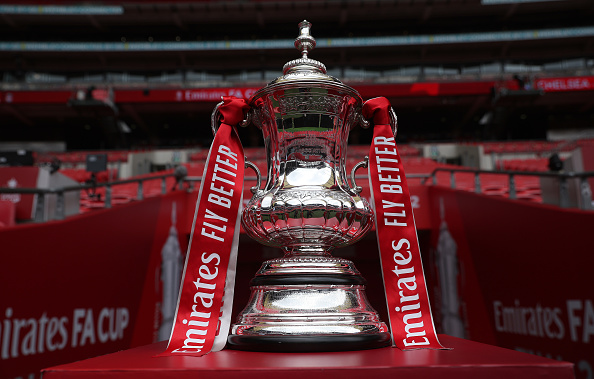 There’s around ten miles between the Kennington Oval and Wembley, venues for the first FA Cup final and the one being staged tomorrow, 150 years later.

But never mind a century and a half, the distance between the sport in which Chelsea and Liverpool will compete and the Victorian pastime that brought the Wanderers and Royal Engineers together is better measured in light years.

The 2,000 who witnessed the FA Cup held aloft for the first time are as likely to recognise the concept of one of the teams being sold for more than £4billion as they are a 90,000-seat stadium in which the latest winners will take their bow.

Not everything is so different, though. While Chelsea’s run to a fifth cup final in six years was hardly taxing — featuring wins at home to non-league Chesterfield and League One Plymouth, and away to Championship duo Middlesbrough and Luton before their semi-final with Crystal Palace — 1872 winners Wanderers won just one of their four ties, with a combination of withdrawals and byes easing their passage to the first cup final.

There, the Leytonstone-based club beat the Royal Engineers 1-0 with a goal from Morton Betts, just the second Wanderers scored in the entire competition that year — which should give Romelu Lukaku’s critics food for thought.

The Belgium striker, signed for the sort of sum which would probably have bought you most of his home country in 1872, has largely struggled in his first season back in west London. Yet, with his three goals, Lukaku is Chelsea’s leading scorer in their FA Cup campaign.

At Liverpool, Takumi Minamino leads the FA Cup scoring charts, also with three goals, but in both cases, it is a reflection of the FA Cup’s importance to the modern-day super club, with neither likely to feature in the strongest side of their respective clubs.

Jurgen Klopp has utilised his full squad, including the likes of Takumi Minamino, in the FA Cup this season (Picture: Getty)

Indeed, Minamino has not played at all since the FA Cup quarter-final win at Nottingham Forest, his limited chances further reduced by the form of January signing Luis Diaz.

‘Taki is not involved and it’s really hard,’ said boss Jurgen Klopp last week. ‘The last thing he deserves is to not be involved because he trains incredible, it just the team [is doing so well].’

However Klopp chooses to negotiate the competing priorities of chasing further silverware on three fronts, the Carabao Cup winners are likely to show their strongest hand tomorrow.

That means, for the third time at Wembley this spring, a front three of Diaz, Mohamed Salah and Sadio Mane. They drew a blank in the League Cup final win over Tuchel’s Chelsea, with the game settled on penalties, but blew away champions-elect Manchester City in the FA Cup semi-final, with …read more

Stock Market: Suez Canal Update! Floating!
Rita Ora and Taika Waititi can’t keep their hands off each other as they treat pals to PDA show at Hollywood diner

Kerry Katona worries fans as she reveals she is in hospital on a drip: ‘Not really where I wanna be’

How many times has Dame Helen Mirren played the Queen?