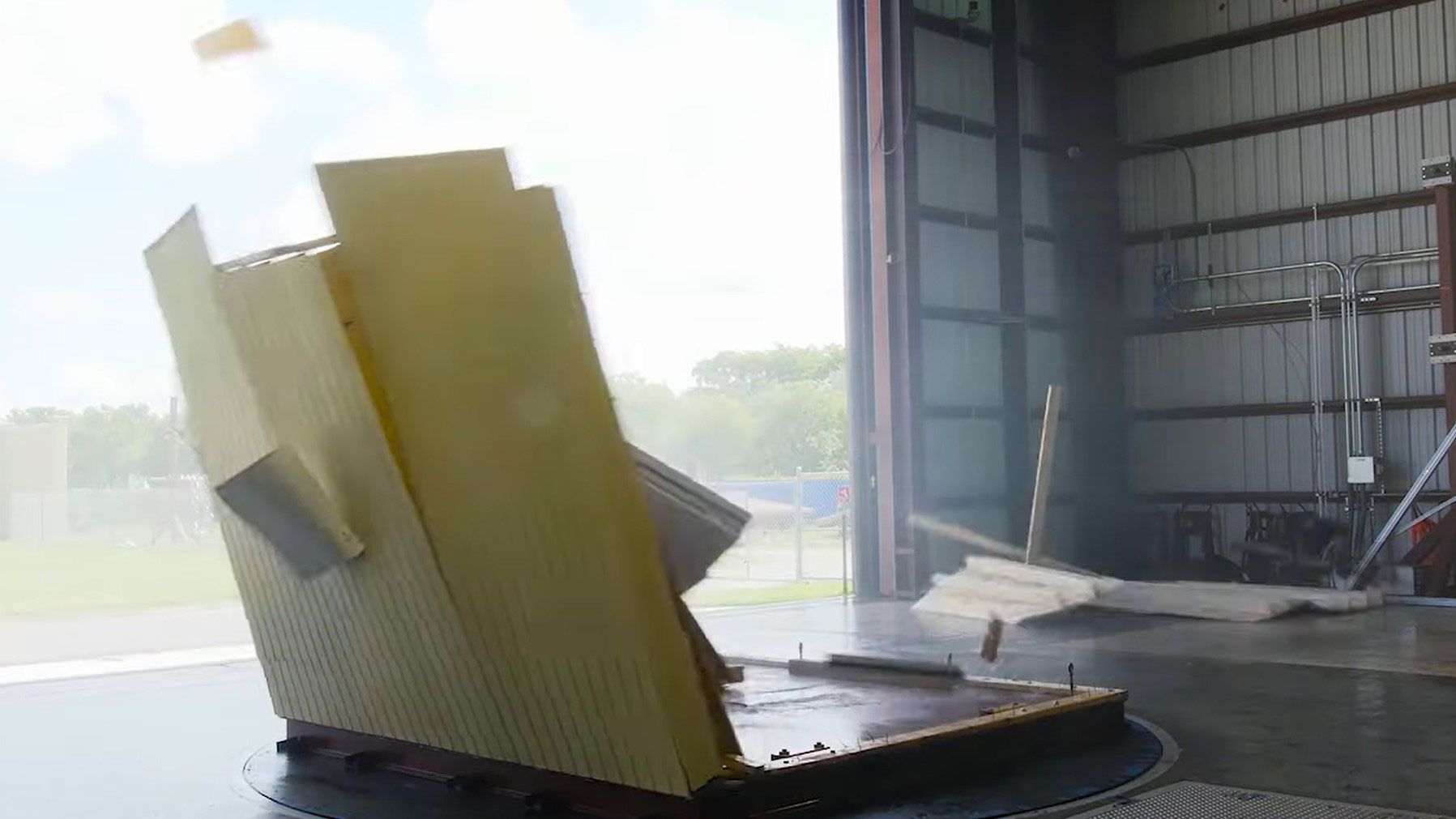 The Category 6 hurricane’s howling winds accelerate to a startling 200 mph in Miami, mercilessly pummeling a two-story wood-frame house until the roof tears off and the rattling windows explode.

And a towering 20-foot storm surge spawns battering waves, swamping the structure and shoving it off its foundation like a doomed dollhouse.

Sounds like a scene from a sci-fi disaster movie.

But with real-world Atlantic hurricanes pushing the limits of the Saffir-Simpson Hurricane Wind Scale, Florida International University researchers envision a future mega-wind-water simulator that tests how building components would react under Cat 6 conditions.

In destructive tandem, this Cat 6 project will incorporate a water basin that can churn up to 20 feet of storm surge.

“We used the 200 mph mark because there are more and more events lately that they call stronger-than-Cat 5,” said Ioannis Zisis, co-director of FIU’s Laboratory for Wind Engineering Research.

“This is a very ambitious project in terms of combining different hazards. So we want to do the wind, but we want to add also the storm surge, the water component,” Zisis said.

Zisis said researchers will spend the next four years designing the enormous facility — and it is “critical” that they make a series of key decisions within the first six months. Further details on construction, such as funding sources, remain unknown.

Should we create a Category 6 hurricane?

Richard Olson is director of FIU’s Extreme Events Institute. In a 2019 FLORIDA TODAY guest column, he lobbied for creation of a new Category 6 hurricane — with fearsome sustained wind speeds of 180 mph or higher — atop the five-level Saffir-Simpson Hurricane Wind Scale.

“Opening a discussion of at least a Category 6 for Atlantic Basin storms has some urgency. Climate-change scientists are arguing for increasing numbers of more intense storms in coming decades,” Olson said in his 2019 column.

“That is, storms with sustained wind speeds of 180 mph should no longer be viewed as extremely rare,” Olson said.

Henry Winkler gets book deal, memoir to come out in 2024