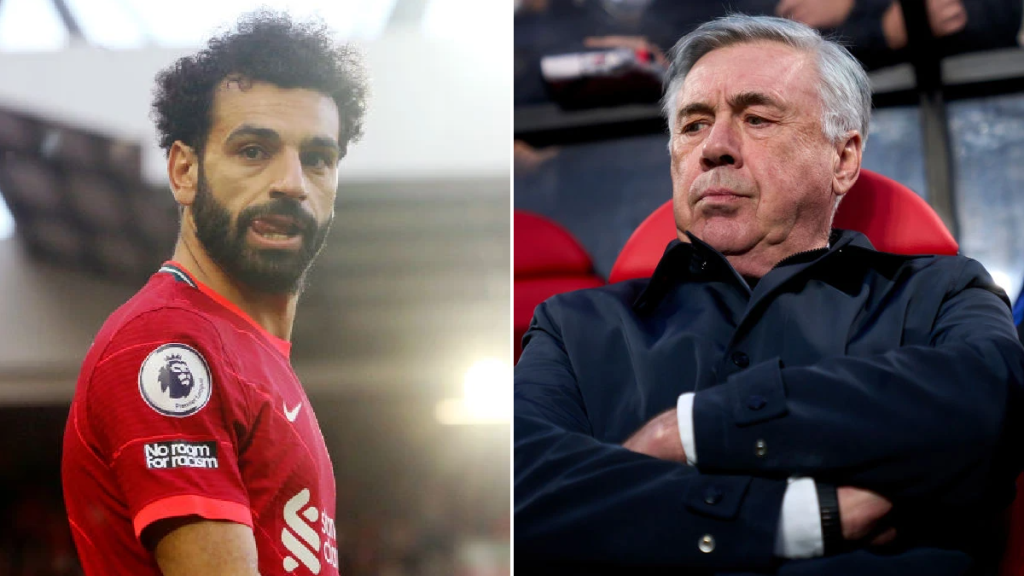 Carlo Ancelotti has agreed with Mohamed Salah’s claim that he is currently the best player in the world in his position.

The Egypt international has enjoyed another stellar season, spearheading Liverpool’s assault on an unprecedented quadruple.

Despite only scoring in one of his last 15 appearances for club and country, the 29-year-old still leads the race for the Premier League Golden Boot and with 22 goals in the competition, he confidently stated earlier this week that nobody compares to him in his position.

‘If you compare me with any player in my position, not only in my team but in the world, you will find that I am the best,’ Salah said earlier this week.

‘I always focus on my work and do my best and my numbers are the best proof of my words.

‘I like to always create a new challenge for me, to work in a different way and to make a difference and that is my duty.’

Salah will no doubt challenge for the Ballon d’Or later this season, particularly if Liverpool get the better of Real Madrid in the Champions League final and his rival for that award, Karim Benzema, later this month.

Asked for his response to Salah’s bold claim on Saturday, Real manager Ancelotti concurred with the former Roma star’s assessment, but stopped short of naming him as the best player in the world outright.

He said: ‘Salah has said that in his position he is the best in the world and I think he is right.

‘I agree with him. In his position, yes, he is the best in the world.’