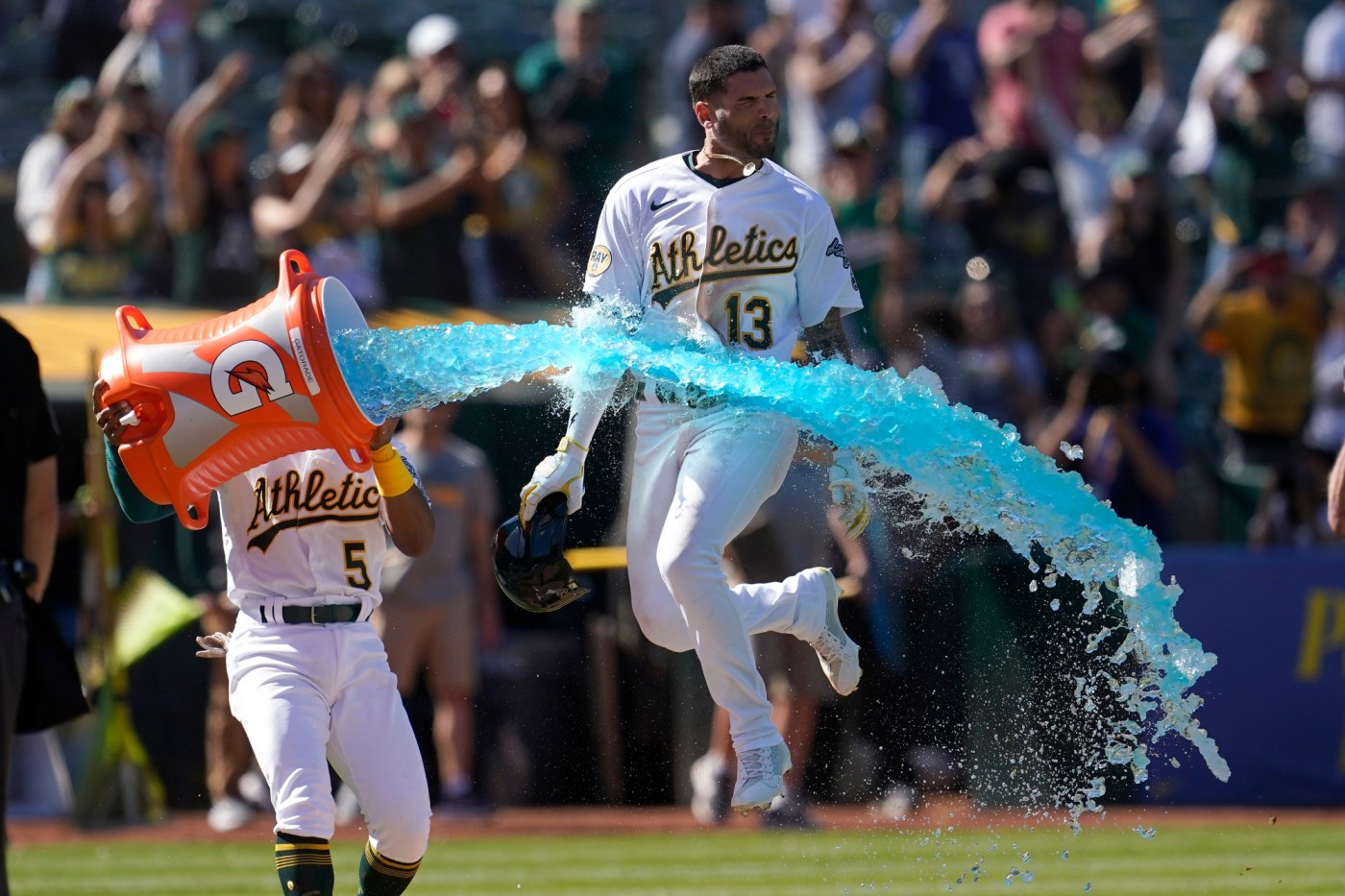 OAKLAND — Raisel Iglesias suffered his first blown save in nearly 10 months, allowing a three-run homer in the bottom of the ninth inning of the Angels’ 4-3 loss to the Oakland A’s in the first game of a doubleheader Saturday.

The Angels took a 3-1 lead into the ninth and Iglesias picked up the first two outs easily.

Ramon Laureano, who has always been an Angels killer, doubled into right-center. Iglesias walked Christian Bethancourt, then gave up a three-run homer to Luis Barrera, who had never hit a big-league homer.

It was Iglesias’ first blown save since July 28, 2021, snapping a streak of 21 consecutive successful save opportunities.

The Angels had taken the lead in the top of the eighth on a pinch-hit RBI single by Anthony Rendon. Mike Trout then scored an insurance run when Andrew Velazquez singled and Barrera made an error in left field.

Angels starter Jhonathan Diaz didn’t get a decision, even though he didn’t allow a run. Diaz has pitched 9-2/3 innings in two spots, without allowing a run. He worked five innings in his season debut last weekend.

Diaz struck out four and walked four, and the only hit he allowed was a ball that converted infielder Jack Mayfield misplayed into a double in right field.

Defense, however, was otherwise strong for the Angels.

Shortstop Andrew Velazquez made a leaping snag of a line drive in the first inning. Center fielder Aaron Whitefield made a diving catch to end the sixth inning.

Alexander: Could Angels and Dodgers give us a red and blue October?

The Angels also turned double plays on ground balls in the third, sixth and eighth innings.

In the seventh, Mayfield caught a fly ball in shallow right field and made a quick throw to first to double off Barrera, ending that inning.

More to come on this story.