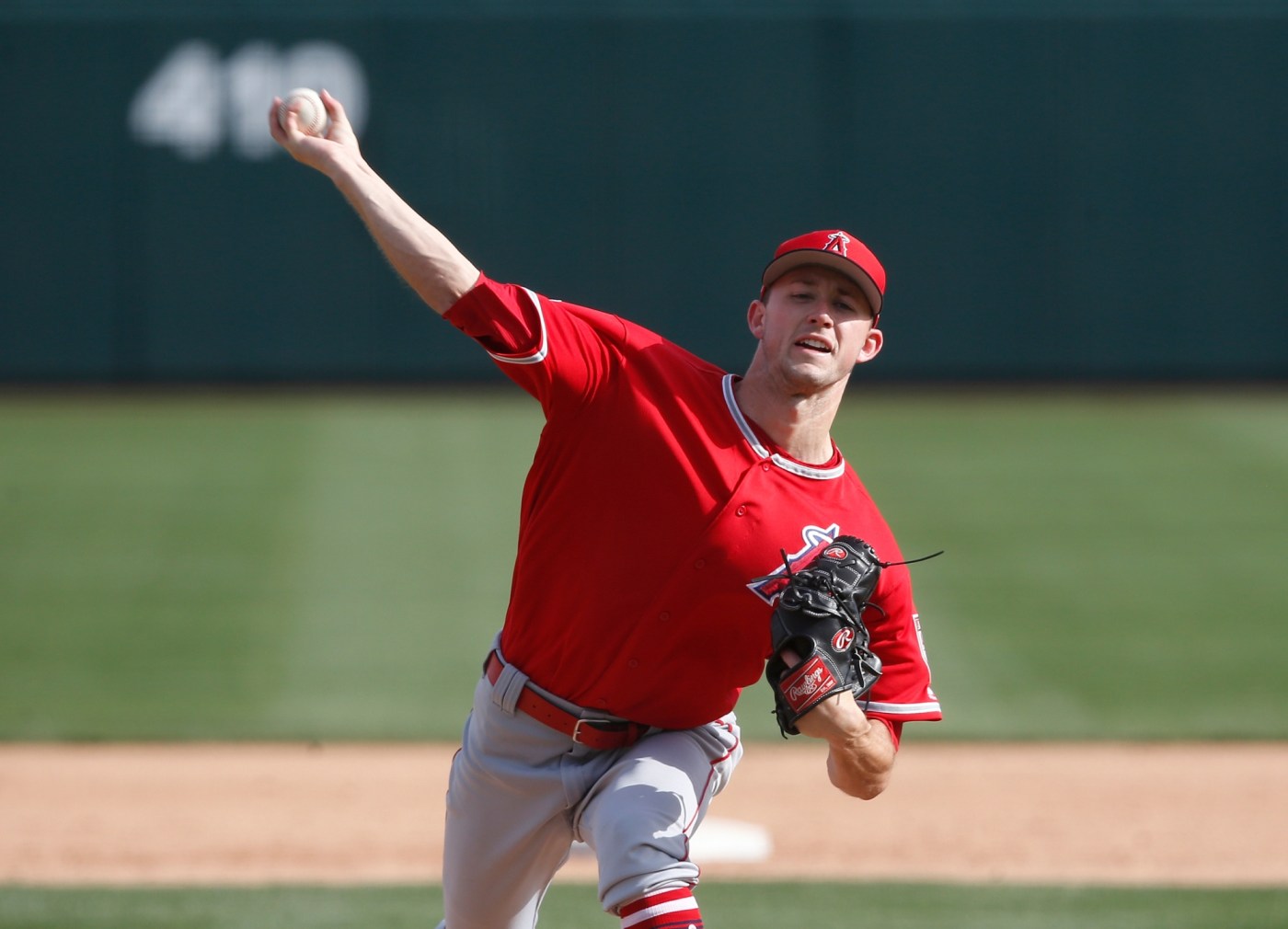 OAKLAND — Griffin Canning’s path back to the big leagues has hit a speed bump.

Canning said on Monday that he felt good after facing hitters in a two-inning simulated game, but since then he has felt some discomfort that prompted the Angels to stop his rehab from a low back stress reaction.

“He’s going to take a little more time with our medical staff in Anaheim and we’ll take it day by day,” General Manager Perry Minasian said on Friday.

Minasian said that the setback was not serious enough to require further testing or evaluation, though.

“He’s put so much work into it to get to this point,” Minasian said. “We want to make sure he feels good next time he gets on the mound.”

Canning is eligible to come off the 60-day injured list on June 6, and earlier this week he said that he felt he’d make that timeline, with another simulated game in Arizona and three minor league games.

Outfielder Jo Adell had eight hits, including three home runs, in his first 18 at-bats at Triple-A Salt Lake. Adell opened the season in the majors, but the Angels sent him back to Triple-A when he struggled and they couldn’t find enough playing time for him.

“I think it’s been great,” Minasian said of Adell’s performance. “He’s gone down there. He’s played extremely hard. The pregame work is what I’m excited about. I know not everybody gets a chance to see that, but he’s doing a lot of pregame work in all areas. There’s not just one area. I think it’s all areas.

“Seeing him play every day and getting into a groove is important. I think it gave him a chance to kind of reset a little bit and just play, so I’m excited to see him continue to play well.”

The Angels did not need to make a move on the 40-man roster to clear a spot for pitcher Chase Silseth, who was called up from Double-A to start on Friday. Apparently, because of the number of COVID cases on their roster, they had an opening for Silseth. …

Infielder Matt Duffy, who is on the COVID-related injured list, played on Thursday for Salt Lake and he was scheduled to play in Triple-A again on Friday. Minasian said it’s “up in the air,” when he will return. …

Patrick Sandoval’s devastating changeup is a mystery, even to the Angels

Angels rally late but lose to Rays in 10 innings