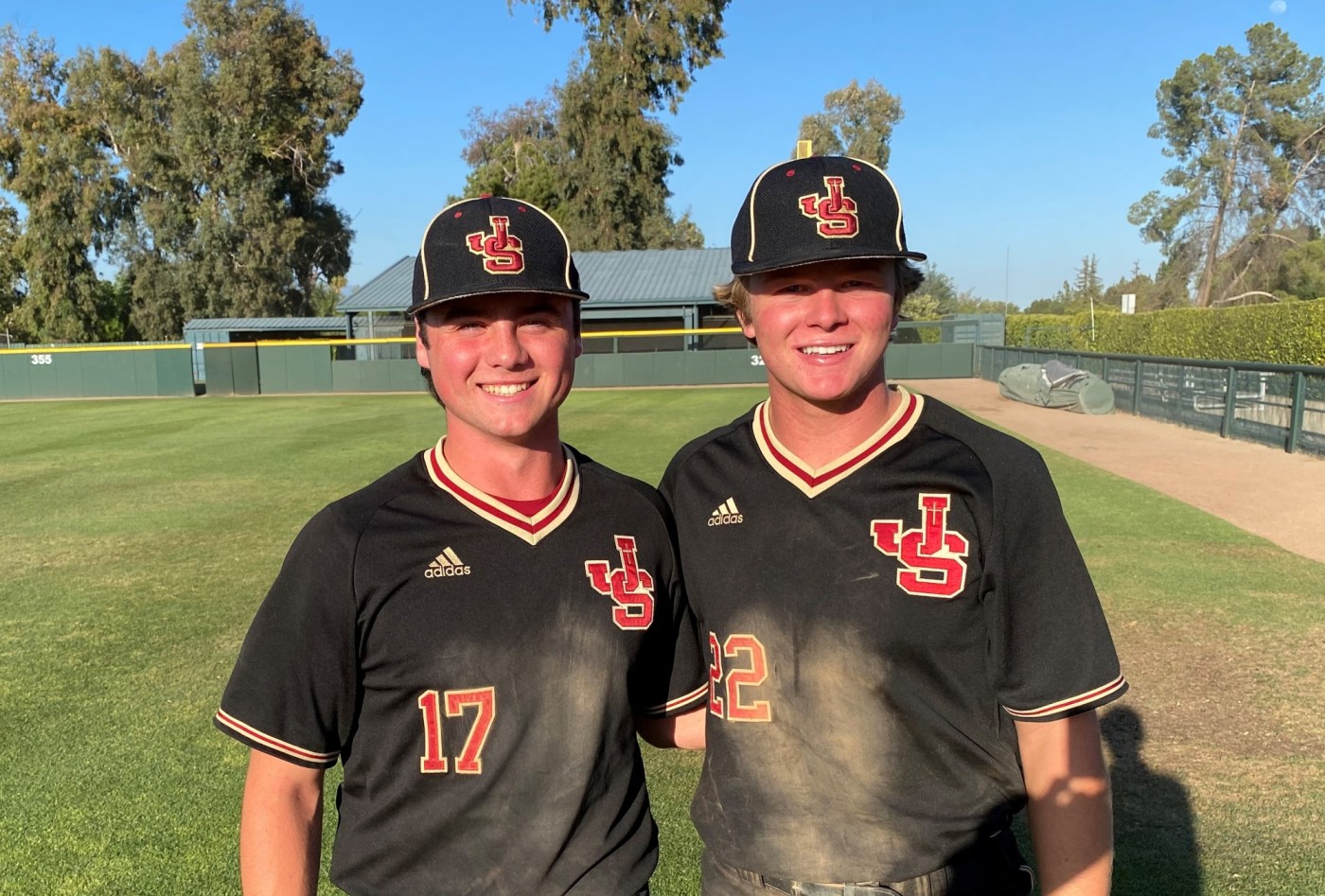 ENCINO — JSerra junior Andrew Lamb was honored by the small exchange he had with his coach in the sixth inning with the game knotted at one apiece against Harvard-Westlake.

“Coach (Brett) Kay told me to do something special,” Lamb recalled. “He put his trust in me and I think it’s super cool for my coach to say that to me.”

The USC-bound lefty crushed a ball to dead-center field for at two-run homerun that sparked the Lions’ eventual 6-1 win over Harvard-Westlake in the CIF Southern Section Division 1 quarterfinals Friday afternoon.

It was the third time the two teams faced this season. Harvard-Westlake won the first meeting, 2-1, and JSerra won the second, 8-3. But Lamb admitted Friday’s victory was sweet knowing it ended the Wolverines’ season, and avenged last year’s loss to Harvard-Westlake in the Division 1 final (3-0).

“Last year was a heart breaker,” Lamb said. “This one feels pretty good.”

Trent Caraway stepped into the batter’s box after Lamb and hit another homerun over the left-field fence to make it 4-1. It was the dagger.

“I saw the ball up and put a good swing on it,” Caraway said, who finished the day 2 for 4 with two RBIs.

JSerra (21-10) will play at Villa Park — winners of this year’s Boras Classic — in the semifinal Tuesday afternoon.

“His stuff was real today,” Caraway said of Bridges. “But we started catching on. We strung some hits together.”

While Bridges was fanning batters, the Wolverines (22-8-1) were clinging onto a one-run lead through that four-inning span. A hard hit ball from David Horn scored Jonathan Mendez in the top of the fifth to knot the game at 1-1 before Lamb hit the two-run homer to open things up. Lamb finished the day 2 for 4 with two RBIs and scored a run. Horn went 2 for 3 with two RBIs.

Caraway hit another single in the seventh inning that scored Lamb, an insurance run to make it 6-1.

“That a classic day of baseball today,” Harvard-Westlake baseball coach Jared Halpert said. “JSerra is a very good team with a lot of talented players.”

JSerra junior pitcher JJ Hollis earned the win with 5 1/3 innings of work, allowing four hits and striking out two. He came in after starter Tyler Gough was pulled after 1 2/3 innings.

“We’ve known about Andrew Lamb for a while,” Halper added. “Not a lot of kids hit homeruns to dead center here.”

“I’m beyond proud of what this team has accomplished this year,” Halpert said. “They’ve represented this program exactly how we’ve wanted them …read more

This Dem May Hate Facebook, but Her Stock Portfolio Doesn’t