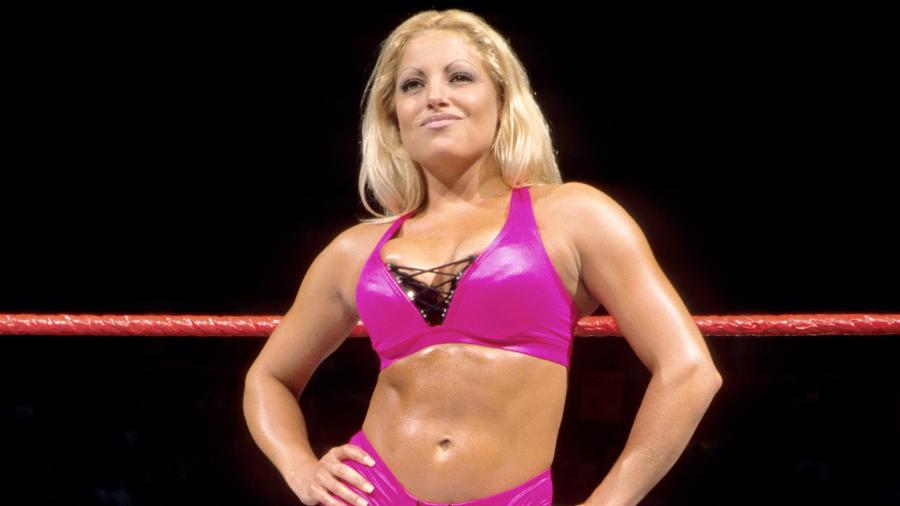 Trish Stratus has reflected on one of WWE’s more controversial segments – and she fully backed the idea.

In 2001, the former champ was made to get on fall fours, strip off and bark like a dog at the behest of boss Vince McMahon as part of his villainous on screen character.

At WrestleMania X-7 that year, Stratus got her revenge when she slapped McMahon in the face and became an instant fan favourite, and the long term plan was the reason she accepted the storyline.

Appearing at the recent For The Love Of Wrestling convention in Liverpool, Trish recalled: ‘Vince pitched the angle to me like this — “so we’re going to have this angle where you are barking like a dog and get really humiliated, and basically hit rock bottom”. And I was like, “Amazing!”

‘Because I knew a couple of weeks later, I would be getting my comeuppance on him and I would be slapping on The Grandest Stage of Them All, which is WrestleMania, and turning on him.

‘I was going to stand up for myself, not needing a man to lean on and fighting for what I needed to fight for.’

Trish was happy with the storyline (Picture: WWE)

The Hall of Famer also pointed out the fact that she was playing a character on television, and that wrestling fans don’t separate real life from fiction the way film fans do.

She explained: ‘I get questioned about that a lot, and most people go, “Oh you remember you had to bark like a dog, and you had to do that thing which was so degrading, right?”

‘For the character it was, yeah, because that was what the character had to go through. We don’t talk to Hallie Berry when she had to get abused by so and so, you know, it’s a character.

‘That, for me, was integral for the character to be at rock bottom, to have the foresight to say, “I can break free from this, I won’t let this happen to me and let’s move on.” And you know what? 22 years, we’re still talking about it!’

Meanwhile, Trish previously revealed how her husband Ron Fisico – her childhood sweetheart whom she in 2006 after 14 years together – was able to separate her work and home life.

Back in 2001, she found out she had to lock lips with The Rock himself, and her man took it in his stride.

She explained: ‘So I always say, because Ron and I were fans for so long, he gives me that insight. He gets the business.

‘I went, “I have to kiss The Rock tonight.” He’s like, “Cool. That’s going to be great for your character.” Amazing, right? As …read more

These are the best hiking boots for both beginners and experts