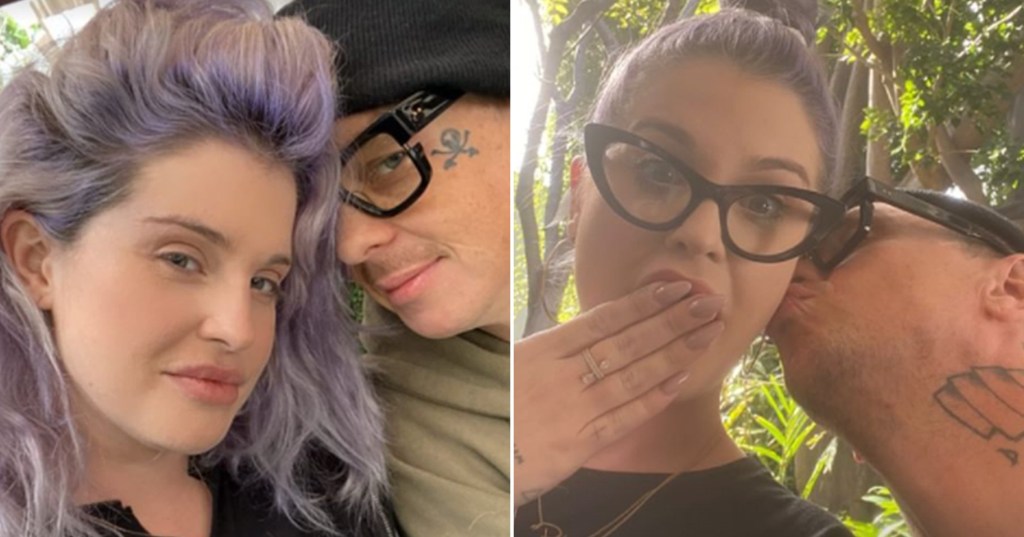 The couple are expected their first baby (Picture: Instagram/ kellyosbourne)

Kelly Osbourne has revealed she is expecting her first child with her partner and Slipknot DJ Sid Wilson.

The former Osbournes star shared the amazing news of her pregnancy with her Instagram followers this week as posted some picture of her holding the baby scan, and she revealed she is ‘over the moon’.

She wrote: ‘I know that I have been very quiet these past few months so I thought I would share with you all as to why… I am over the moon to announce that I am going to be a Mumma. To say that I am happy does not quite cut it. I am ecstatic!’

Reacting to the news, her mum Sharon said: ‘My ❤️ could not be more full! So excited to share the beautiful journey ahead with you.’

Here’s everything you need to know about Kelly and her beau.

Sid is best known for being a member of Slipknot (Picture: Mick Hutson/Redferns)

Sid Wilson – also known as DJ Starscream – is most recognisable to rock fans as Slipknot’s longstanding DJ, who was known as #0 for much of his career when the band used numbers as nicknames before the death of bassist Paul Gray in 2010.

He’s played a big role is the Psychosocial group’s sound since joining in 1997, having appeared on all six albums, and he launched his own solo group SID 12 years ago.

Is he still part of Slipknot?

Sid and Slipknot are still going strong, and he was part of their most recent album – 2019’s We Are Not Your Kind.

His signature mask for that album took a big twist as he sported an animatronic death mask based on his own face, which was partly obscured by a large hood and robe.

Back in March, frontman Corey Taylor confirmed the band had finished work on their upcoming seventh studio album, although a release date is yet to be announced.

How long have they been together?

Although Kelly and Sid first met when Slipknot was touring with Ozzfest back in 1999, and a source told People they have ‘remained friends ever since’.

She confirmed their relationship in January, and he has also shared his joy at their impending new addition by posting a shot of the sonogram on his own Instagram page.

Although they’ve largely kept their romance private, they did share sweet messages to mark Valentine’s Day.

‘After 23 years of friendship, I can’t believe where we have ended up! You are my best friend, my soulmate and I am so deeply in love with you, Sidney George Wilson,’ she wrote.

Sid added: ‘There [are] not enough colors to display the palette of love I have for you in my heart. Happy Valentines Day, my Love. XoXo (sic)’