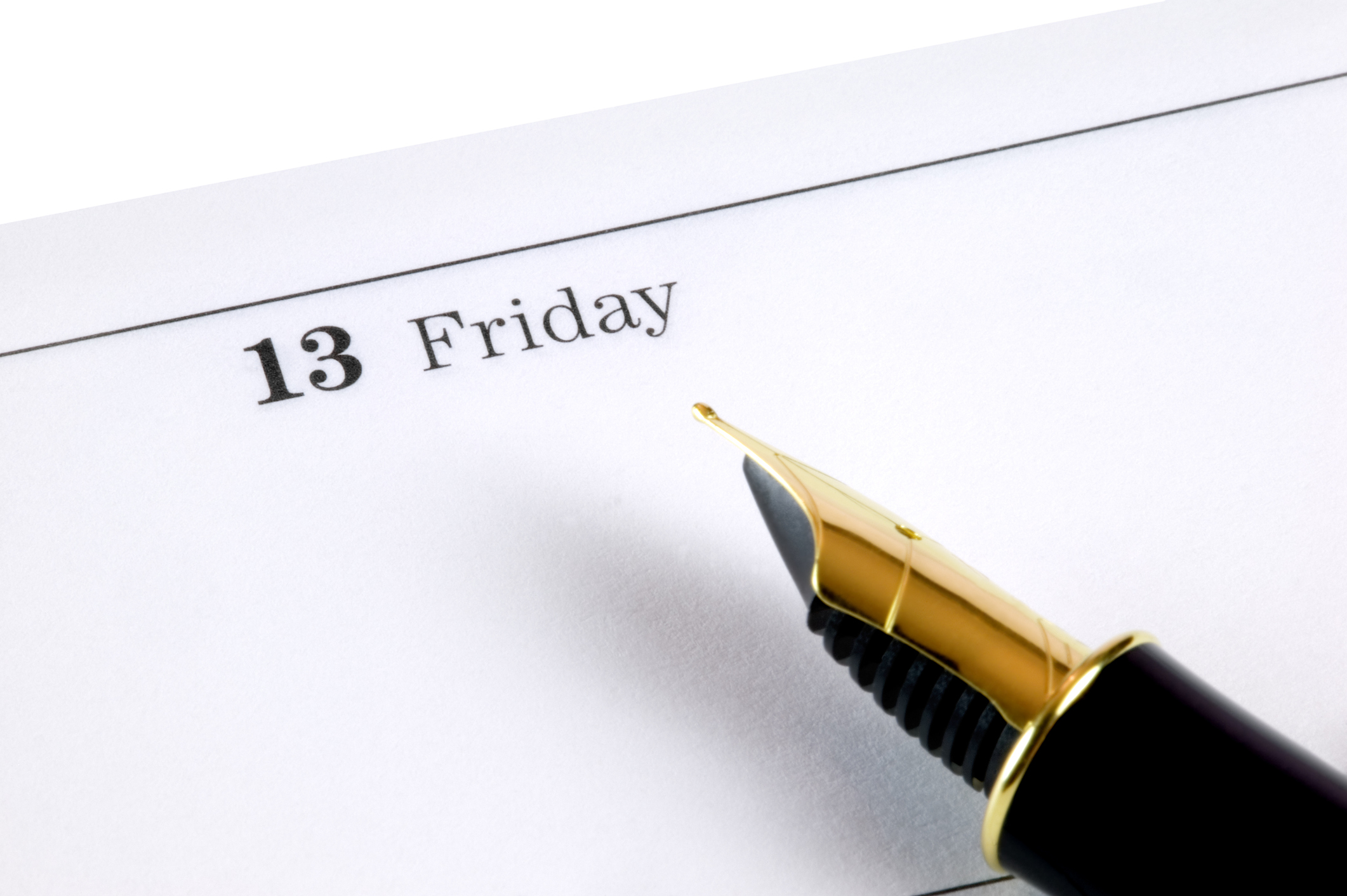 Actors not saying Macbeth inside a theatre. Touching wood. Avoiding walking under ladders.

Humans are funny creatures because we’ve all heard 101 different things that supposedly bring us bad luck, or things to avoid doing in order to avoid bad things befalling us.

Sure, some things like saying Macbeth inside a theatre seems quite manageable, but what about people who are scared of a number?

Other than being an incredibly high scorer for Scrabble, triskaidekaphobia is fear or avoidance of the number 13.

While some argue fear might be too strong a word, sufferers of triskaidekaphobia will now be seen as more superstitious or than afraid of the number.

This is why for many Friday the 13th has been considered an unlucky day – the superstition predated the horror movie franchise with Jason Vorhees.

But the lingering fear of that day helped cement the horror franchise and gave more people reason to beware Friday the 13th.

Fear of Friday the 13th specifically has its own name – paraskevidekatriaphobia or friggatriskaidekaphobia.

Again, great ones to remember for Scrabble.

(It is unclear where victims of triskaidekaphobia fall on the romcom classic, 13 Going on 30).

Why is the number 13 considered unlucky?

Everyone has heard stories of why the number is unlucky, but why?

Well, there are a few conflicting origin stories.

There’s nothing to be afraid of today… is there? (Picture: Getty_

According to folklore historian Donald Dossey, the unlucky nature of the number 13 originated with a Norse myth about 12 gods having a dinner party in Valhalla.

Loki, the trickster god who was always a baddie before Tom Hiddlestone humanised him in the Marvel Cinematic Universe,  was not invited but arrived as the 13th guest, and arranged for Höðr to shoot Balder with a mistletoe-tipped arrow.

The other theory involves the bible.

Since around the 1890s, different sources have ascribed the unlucky number thirteen to an idea that at the Last Supper, Judas, the disciple who betrayed Jesus, was the 13th to sit at the table.

The bible, however, doesn’t actually indicate the order in which the Apostles sat.

13 people at the Last Supper = a lifetime of mistrusting a number? (Picture: Getty)Is 13 really unlucky? Bad things which have happened on Friday the 13th or involving the number

To paraphrase the Bard, what’s in a number? Can 13 really be any more unlucky than 12?

Well, these historic events have involved the number 13.

Apollo 13 suffered an oxygen tank explosion on April 13, 1970
Southwest Airlines Flight 1380 suffered an engine failure (the number 13 fan blade on the number 1 engine failed) on April 17, 2018. One passenger sadly passed away due to the accident.
According to the Daily Mail, lightning struck a 13-year-old boy at 13:13 on Friday the 13th
The original coining of Black Friday as a phrase was about a stock market crash …read more

Doctor Who: David Tennant and Catherine Tate make explosive return for 60th anniversary after a decade