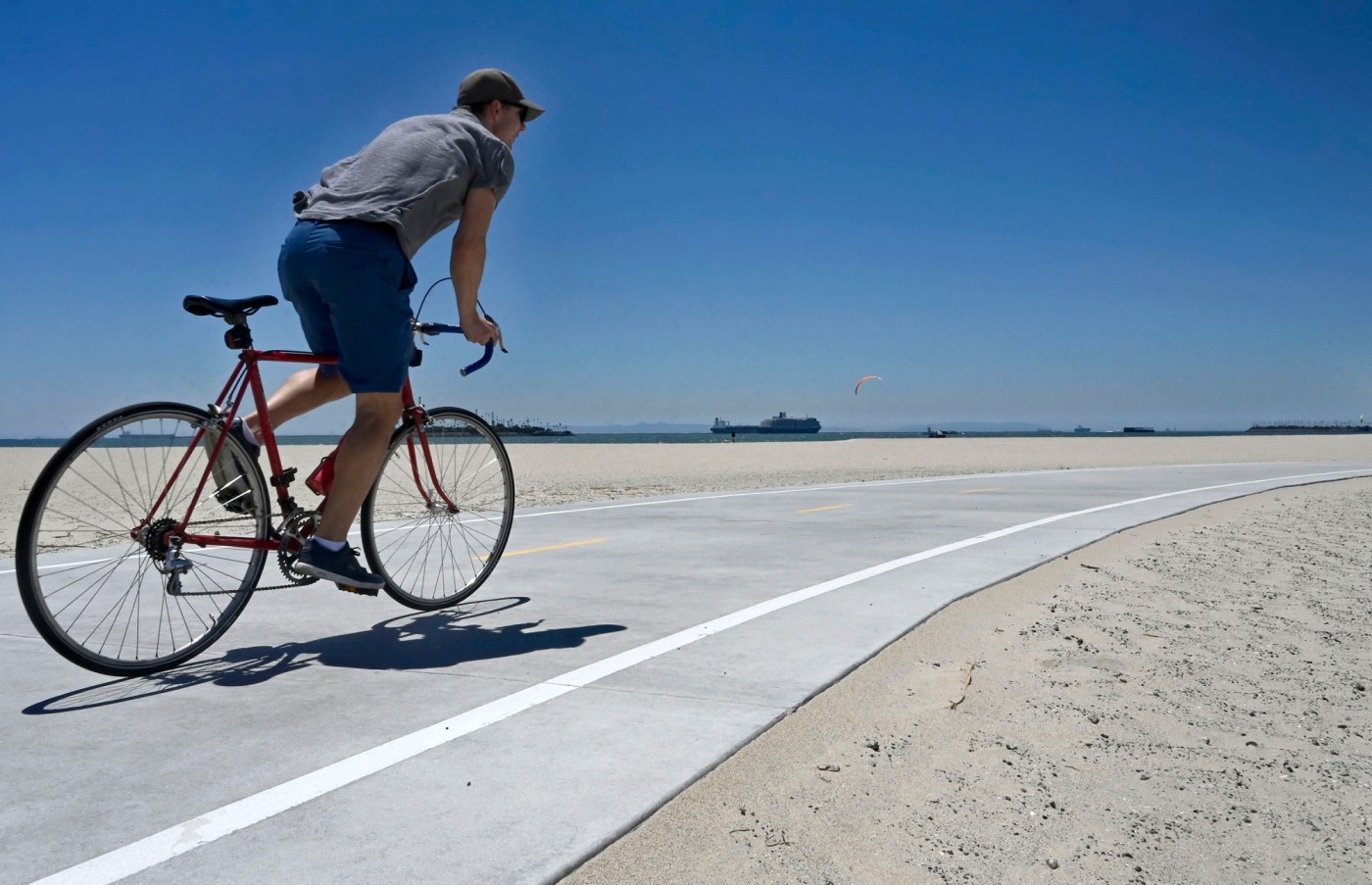 Southern California temperatures began to climb on Friday and will continue rising into the weekend, bringing with it lower humidity levels that could impact fire conditions across the region.

Los Angeles and Orange counties reached into the mid 80s Friday afternoon, while Riverside and San Bernardino counties had hit a sweltering 97 and 96 degrees, respectively. A downward trend of humidity into the 20s — and even lower inland — is likely to continue through Saturday, but is expected to recover starting Sunday.

A wind advisory was issued by the National Weather Service from 10 p.m. Friday to 9 a.m. Saturday in Los Angeles County’s mountains, with gusts of 20 to 30 mph in the valleys and 40 to 45 mph in the mountains.

On Wednesday, strong winds fueled the spread of a brush fire in Laguna Niguel that destroyed 20 multi-million-dollar homes and damaged 11 others. By Friday morning, the Coastal fire was 25% contained and remained at 200 acres.

Meteorologist Philip Gonsalves said that winds speeds were expected to slow down in the area of the Coastal Fire, but low humidity levels could pose concerns for firefighting efforts.

Humidity in the vicinity of the fire dropped to around 20% Friday and would remain in that range Saturday, but would start to recover to around 40 to 50% by Sunday thanks to a cooling sea breeze, Gonsalves said.

Temperatures were expected to peak on Saturday, and then begin to cool down to the high 70s along the coast and mid 80s inland on Sunday .

Is This NYC Restaurant Haunted by a Very Exclusive Ghost?

Inside ‘Men’: A Toxic Masculinity Horror Movie With a Jaw-Dropping Finale

Alec Baldwin, Matthew Broderick and the agony of an unintentional killing