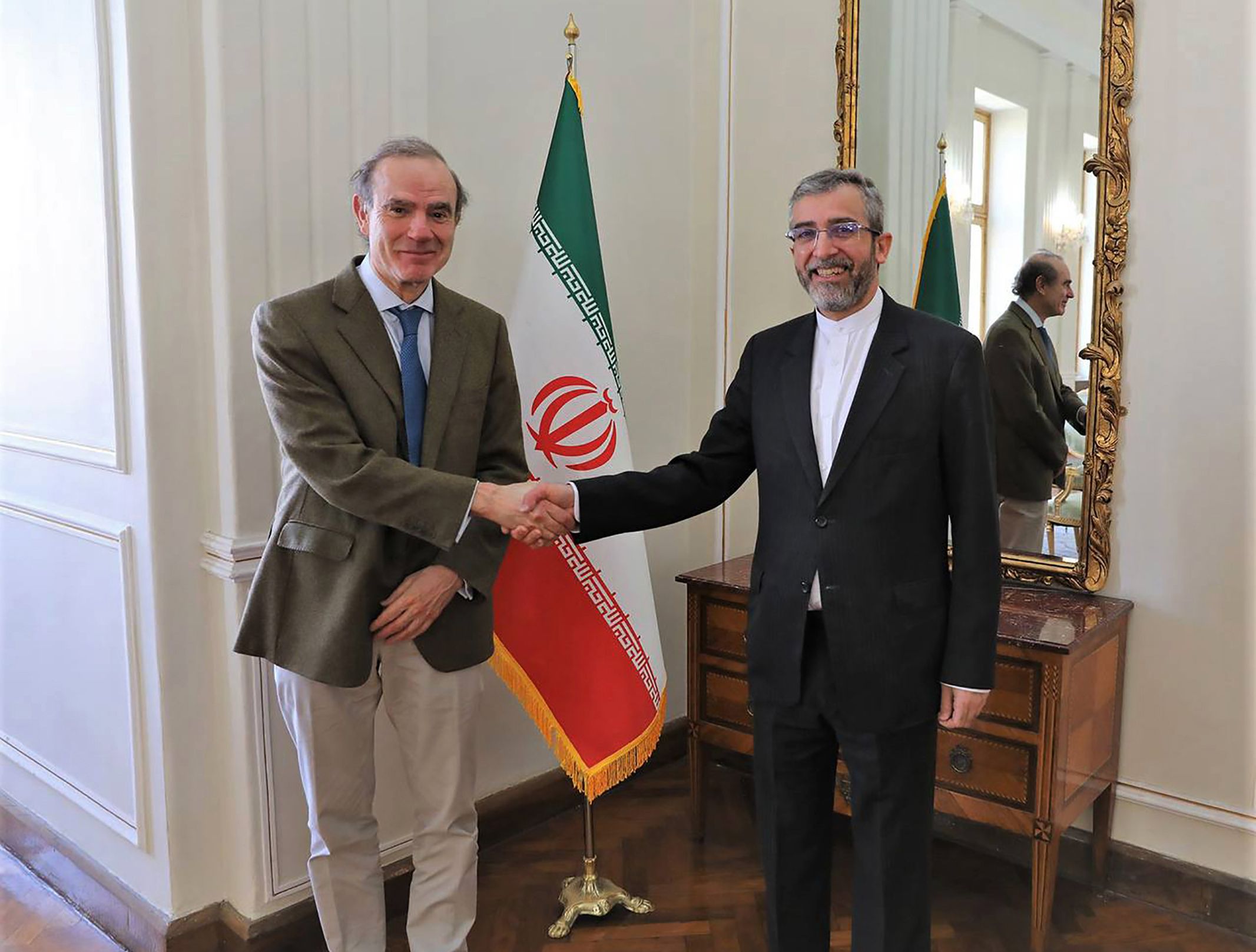 The European Union’s foreign policy chief said Friday he is hopeful that stalled talks with Iran over the country’s nuclear program can yield reach an agreement.

The talks between Tehran and world powers deadlocked in part over Iran’s demand for the United States to lift a terrorist designation on the country’s paramilitary Revolutionary Guard.

Speaking on the sidelines of a meeting of the Group of Seven major economies in Germany, Josep Borrell, the EU’s high representative for foreign policy, said an EU envoy visited Tehran this week for talks that had “gone better than expected.”

“The negotiations have been stalled for two months due to this disagreement about what to do with the Revolutionary Guard,” Borrell said.

“These kind of things cannot be solved overnight, but let’s say the negotiations were blocked and they have been deblocked,” he added. “Which means there is a perspective of reaching agreement.”

The EU envoy, Enrique Mora, said Friday that he was briefly detained with colleagues at Frankfurt Airport while transiting from Tehran to Brussels, in breach of diplomatic rules.

Mora said he had received “not a single explanation” from German authorities for why he was detained. “An EU official on an official mission holding a Spanish diplomatic passport. Took out my passport and my phones,” he wrote on Twitter.

He said the EU ambassador to the U.N. in Vienna and the head of the EU’s Iran task force were also detained.

“We were kept separated,” Mora wrote. “Refusal to give any explanation for what seems a violation of the Vienna Convention.”

Neither German police nor Germany’s Foreign Ministry responded immediately to requests for comment.

Borrell declined to speculate on the incident, saying only that “the issue is over.”

Time to start those sprinklers!