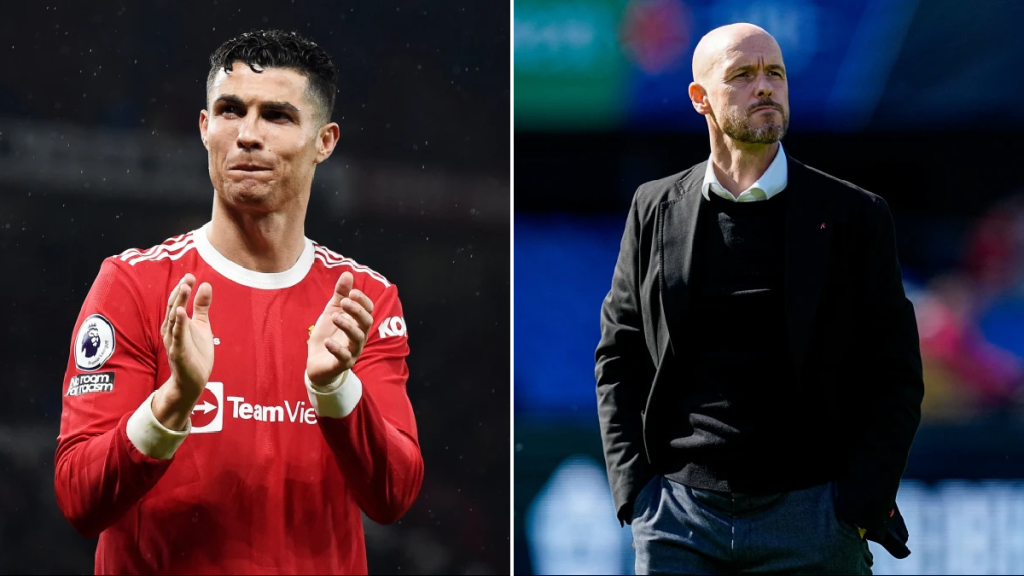 Cristiano Ronaldo insists Erik ten Hag must be given time to make his mark at Manchester United.

Ten Hag is set to arrive at Old Trafford and oversee major changes at the club after a fifth straight season without a trophy for the Premier League side.

Ronaldo’s future has been the subject of much speculation ahead of the Dutchman’s arrival. The 37-year-old has one year left on his current contract but with United failing to qualify for next season’s Champions League, doubts remain over whether he will remain in Manchester beyond the summer.

Reports have suggested ten Hag has already reached out to Ronaldo to assure him he will be a key part of his plans next season.

Changes to the playing squad are expected with ten Hag bringing in his own backroom team to attempt and lift United from their current malaise – with the fitness levels of the current crop set to be a major concern for the incoming manager.

Ronaldo is welcoming the changes ten Hag will bring however and believes the club will once again challenge for titles next season with the Dutchman at the helm.

‘I know that he has done a fantastic job at Ajax, and that he is an experienced coach, but we have to give him time,’ Ronaldo told United’s official website.

‘Things must change the way he wants.

‘If he does well, all of Manchester United will be successful, so I wish him well. We are all happy and excited [about his arrival], not only as players, but as fans as well.

‘We have to believe that next year we can win titles.’

Ronaldo has been United’s only consistent source of goals this season having scored 24 in all competitions since returning to England.

With Edison Cavani set to leave when his contract expires at the end of the season and Mason Greenwood out of the picture, the Portugal international could have another vital role to play next season.

The Airport: When was the show originally on and who is Jeremy Spake?