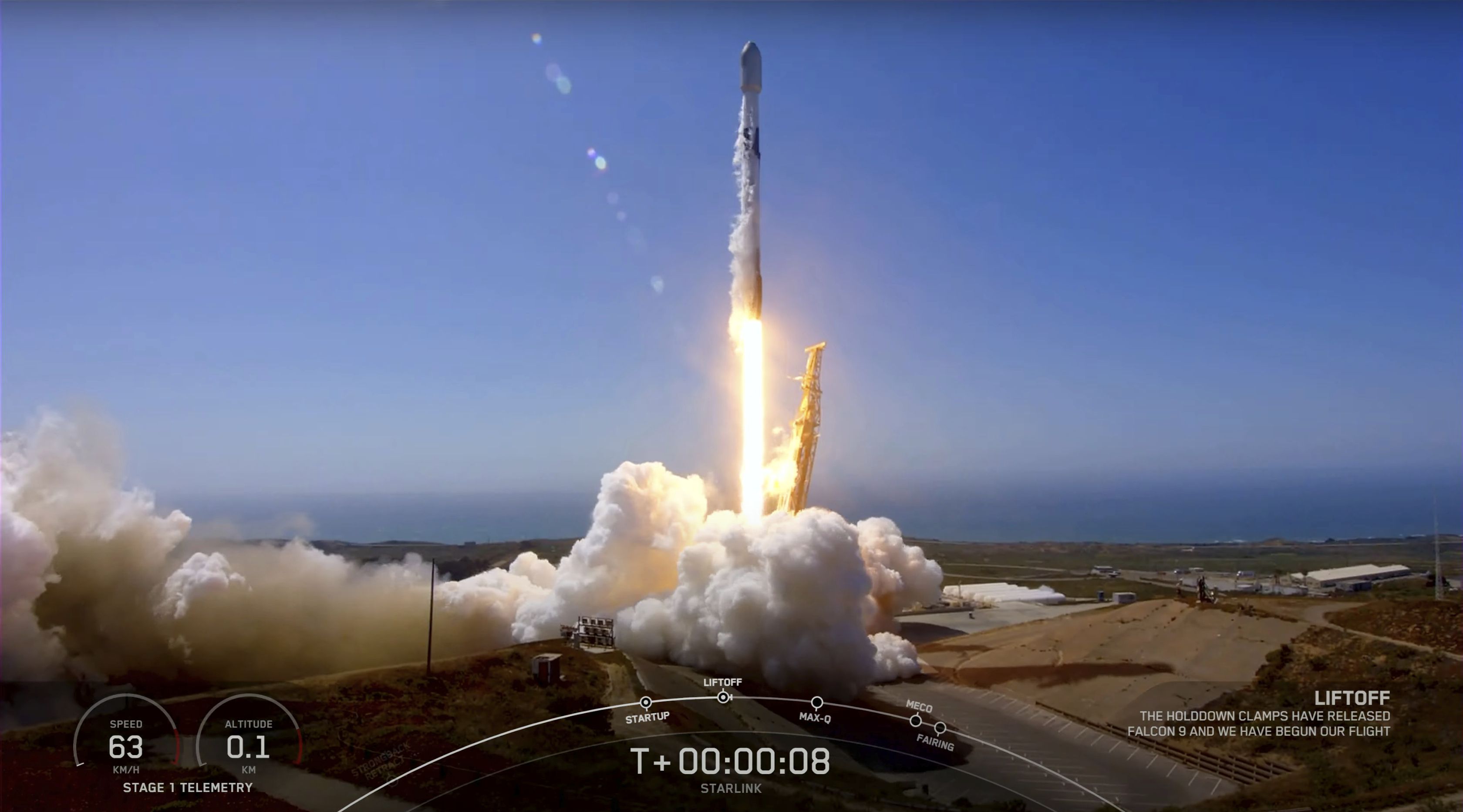 A SpaceX rocket carrying 53 satellites for the Starlink internet constellation blasted off from California on Friday.

The Falcon 9 booster lifted off from Vandenberg Space Force Base at 3:07 p.m., and minutes later the first stage landed on a droneship in the Pacific Ocean while the second stage continued toward low Earth orbit.

Satellite deployment was scheduled to occur about an hour later.

Starlink is a space-based system that SpaceX has been building for years to bring internet access to underserved areas of the world.

Hawthorne, California-based SpaceX has hundreds of Starlink satellites orbiting Earth at an altitude of 340 miles (550 kilometers).

Time to start those sprinklers!