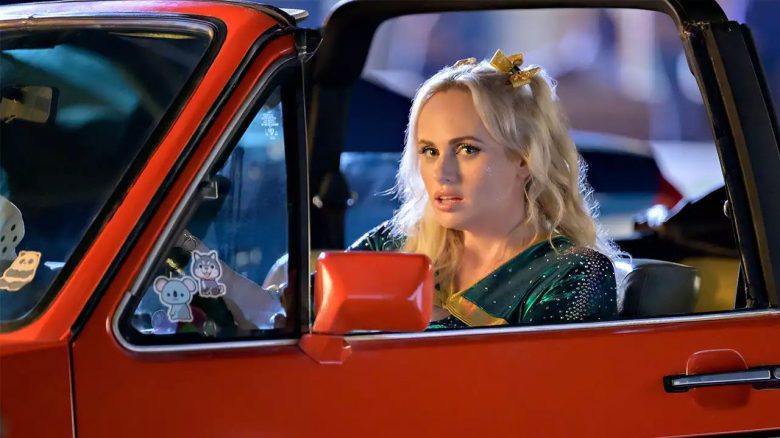 It stands to reason that Stephanie Conway, the Aussie outcast at the center of Alex Hardcastle’s “Senior Year” would have seen “Never Been Kissed.” Released in 1999 — almost exactly when Hardcastle’s film starts — Drew Barrymore’s high school rom-com followed a well-meaning, dorky kid as she embarks on a do-over after a humiliating teen experience. Such is also the case in “Senior Year,” which lightly resets the charm of “Never Been Kissed” thanks to a wacky coma subplot, but finds little new in the process.

Teenage Stephanie (Angourie Rice, who does delightful work imitating Rebel Wilson) isn’t popular as a freshman, encountering a major freeze-out from “The Populars” who have no use for an eager-to-please Australian dweeb. But, oh, Stephanie dreams of being popular too, eventually making it happen through sheer force of will (plus tons of tips from teen magazines of the day, a cute touch) and by 2002, she’s the the queen bee of her senior year. There’s some problems — her dead mom, friends from her dork days who still love her, a jealous rival determined to usurp her — but nothing beats the big trauma: cheer captain Stephanie get dropped right on her melon during a tricky routine.

Cue: 20-year coma. When Stephanie awakes (now played by Wilson, plucky as ever), she’s still got the brain (and mindset) of a 17-year-old, and boy, does she want her old life back. Thanks to the kind of contrivances only available in soft but well-meaning comedies (her old BFF Martha, played by the winning Mary Holland, is now the school’s principal; no one seems freaked out by the possibility of an adult woman hanging with teens all day), grown-up Stephanie is allowed to complete the final month of her senior year at the old high school. And, if Stephanie has anything to say about it, become popular. Again.

This all seems like such a direct lift from the hit comedy that earned Barrymore the 2000 Blockbuster Entertainment Award for Best Actress that this film does itself a disservice by never directly referencing it. Meanwhile, other early-aught memories fly fast and furious, from Stephanie’s choice of music (heavy on the early Britney Spears, which eventually births a banger of a remake of the pop queen’s “Crazy” music video) to her hair accessories (plenty of butterfly clips) — and, uh, the casual way teens toss words like “skank” and “slut” as terms of endearment for their best pals.

The film’s script — credited to co-star Brandon Scott Jones, plus Andrew Knauer and Arthur Pielli — does attempt to interrogate those bad old habits (a scene in which Holland’s adult Martha explains to Stephanie that she can’t say “gay” as a pejorative is handled nicely, and actually has dramatic payoff), while also taking aim at our increasingly “woke” modern world. Stephanie is shocked to learn that cheerleaders are now the biggest dorks on campus (and who use their routines to chant about things like consent, versus …read more

Joe Gorga: Has He Quit The Real Housewives of New Jersey for Good?

Patrick Mendes: Does He Really Own that Nice House in Austin, Texas?

What to Expect From ‘Bridgerton’ Season 3 After That Bombshell Finale