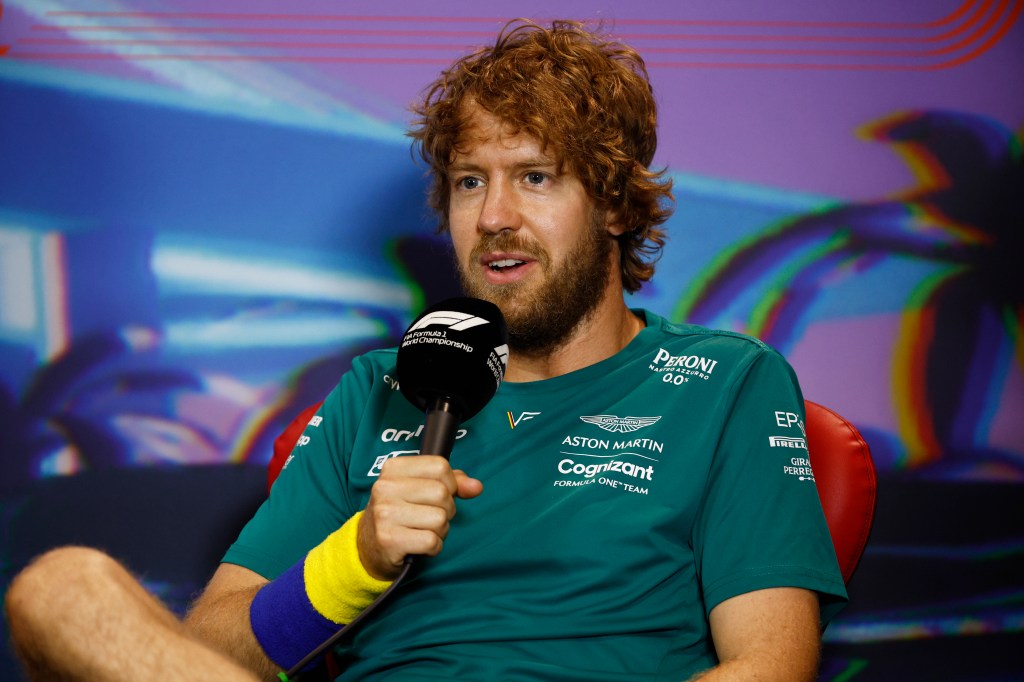 In a wide-ranging discussion on topics including the war in Ukraine, climate change, and the cost-of-living crisis, Vettel also weighed in on Johnson’s fine from the Metropolitan Police and the state of the United Kingdom after leaving the European Union.

On Johnson, Vettel said that the prime minister’s credibility had been permanently tarnished.

‘When you are in that position there are certain things that you just can’t pull off,’ Vettel said. ‘In the end, it is the prime minister who made the law and then breaks the law. We all do mistakes. We’re all human but there’s just certain things that I think come with that office that you can’t do.’

‘I’m just thinking, I’m a father of three kids and I’m trying to explain them something that I think is really important on how to behave and I do the exact opposite, what do you think they will make of it? I’m the least credible person in front of them then.’

In regards to Brexit, Vettel said he feels pro-Leave politicians and voters are ‘missing the bigger picture’ around international cooperation and said the UK was now dealing with the ‘consequences’ of the simplistic ‘get Brexit done’ slogan.

‘Obviously I’m not familiar with all the exact details, but in the bigger picture, now you’re in this mess, you’ve got to deal with it,’ the four-time world champion said.

‘Sometimes I’m sitting and I’m listening to this and I’m thinking you’re missing the bigger picture. You’re speaking about the energy costs earlier and the bigger picture is clear that for the future it is not sustainable to pump oil, gas and coal out of the ground.

‘The solution is you have to do the shift moving forward and in a way it’s the bigger picture. Obviously there was a push three little words ‘get it done ‘ or ‘get Brexit done’ and this is the consequences you deal with now.’

Tom Felton had no idea what Harry Potter was before landing Draco Malfoy role: ‘I was nonchalant’