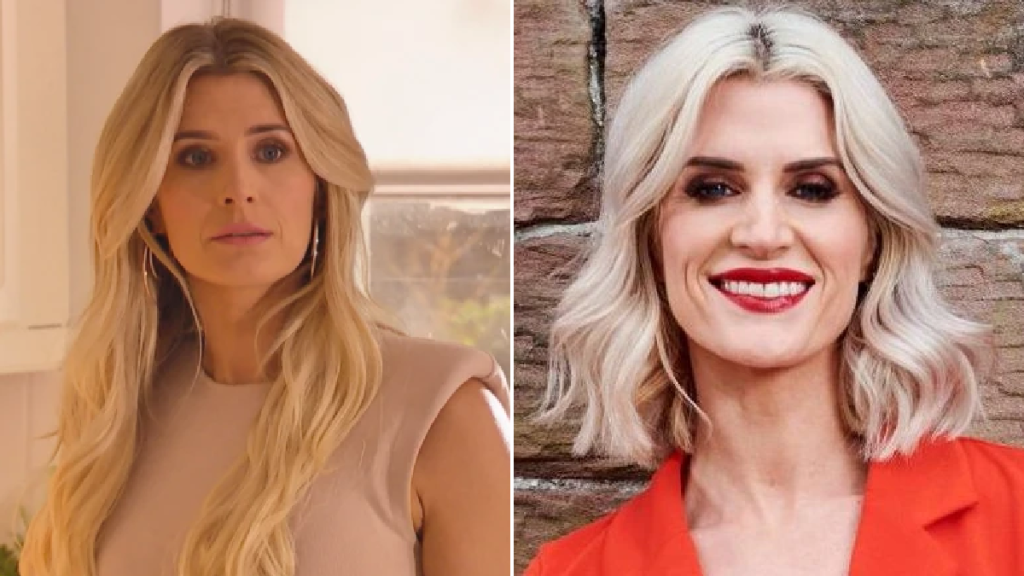 Sarah Jayne Dunn has said she will never return to Hollyoaks after being sacked from the Channel 4 soap.

The actress, 40, left her role as Mandy Richardson last year after refusing to close her OnlyFans account.

Since leaving Hollyoaks, Sarah has continued to build her platform on the subscription-only website and isn’t showing any sign of wanting to return to Hollyoaks in the future.

‘It was an immediate termination. At the moment she hasn’t been killed off, but I don’t think it will be me reprising the role if she ever returns’, the actress revealed on the Drama School Dropout podcast.

‘I think, for me, I needed that closure, and that’s given me closure now. I didn’t particularly like what they had done with the character in the last year, I was really a little bit lost with her and struggling to understand why she had done what she had done. She was so out of character and there wasn’t a big enough reason for me to go, “Oh, I get it”. I wasn’t massively happy there anyway and I think I would have stayed forever so maybe I needed a push.’

Sarah continued: ‘It’s not how I would have wanted it to happen, it’s not ideal, you never want your name associated with being fired. But the support I’ve had and the positivity around it and the fact that I stood my ground and I feel I made the right choice for me and my family outweighs all of that, for me.’

The actress also added how since joining OnlyFans and being sacked from Hollyoaks, she has now altered what she posts on social media platforms:

The star has been very honest about how the sacking from the soap made her feel (Picture: Lime Pictures)

‘I’ve purposely moved all my images, my underwear and bikini shots on to my OnlyFans platform to keep my Instagram more wholesome, more clean, more family friendly, fitness and beauty and all of that.

‘If you look at other people’s accounts who are still on the show, and this is not detrimental to them at all, it’s the same sort of images and they are out there and they’re alright with that. But because it’s mine are behind a paywall it’s an issue for me.’

MORE : Hollyoaks’ Sarah Jayne Dunn has ‘no regrets’ over OnlyFans decision: ‘I’m in a much happier place now’