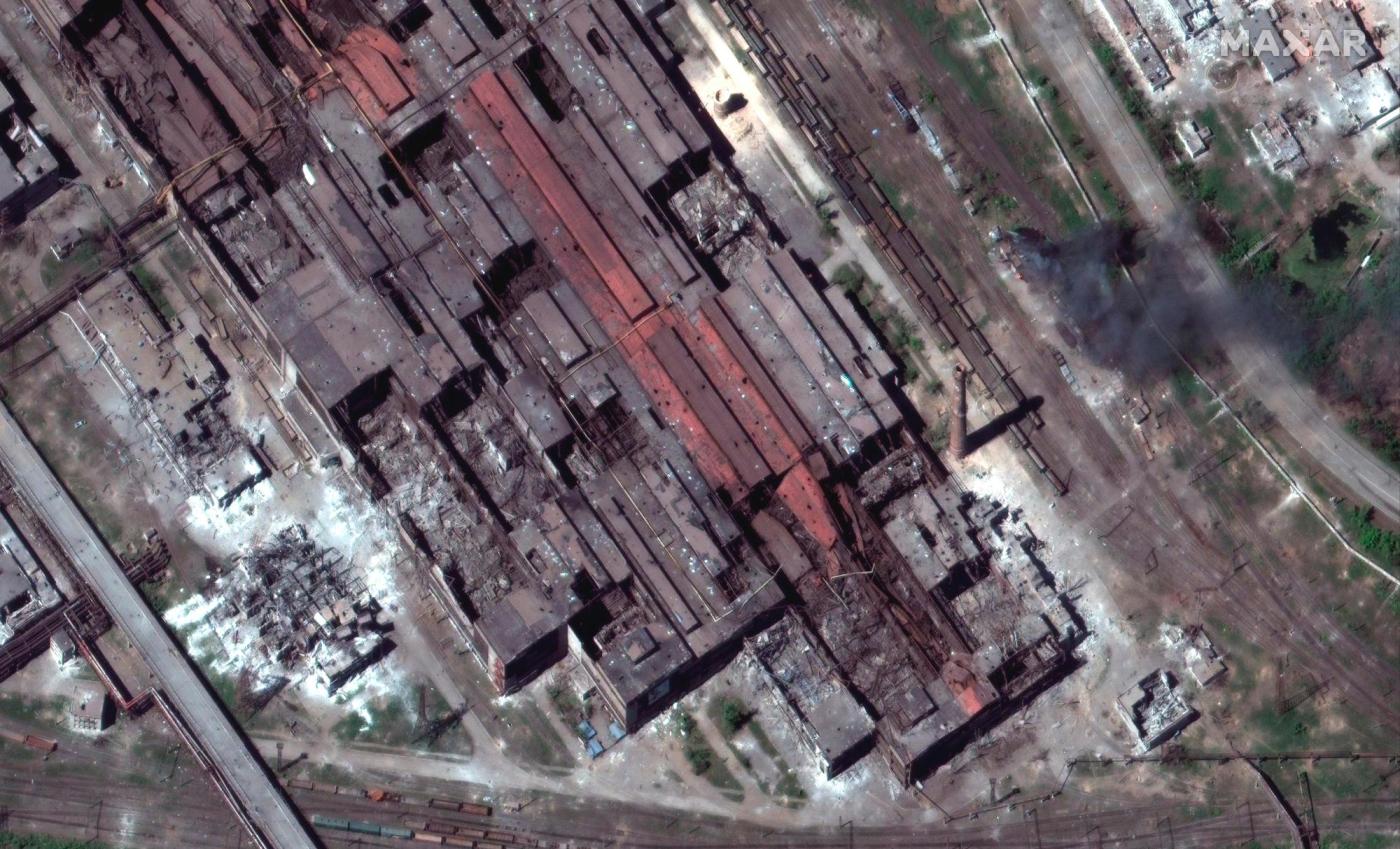 By OLEKSANDR STASHEVSKYI and DAVID KEYTON

KYIV, Ukraine (AP) — Russian forces suffered heavy losses in a Ukrainian attack that destroyed a pontoon bridge they were using to try to cross a river in the east, Ukrainian and British officials said in another sign of Moscow’s struggle to salvage a war gone awry.

Ukrainian authorities, meanwhile, opened the first war crimes trial of the conflict Friday. The defendant, a captured Russian soldier, stands accused of shooting to death a 62-year-old civilian in the early days of the war.

The trial got underway as Russia’s offensive in the Donbas, Ukraine’s eastern industrial heartland, seemed to turn increasingly into a grinding war of attrition.

Ukraine’s airborne command released photos and video of what it said was a damaged Russian pontoon bridge over the Siversky Donets River and several destroyed or damaged Russian military vehicles nearby. The command said its troops “drowned the Russian occupiers.”

“Conducting river crossings in a contested environment is a highly risky maneuver and speaks to the pressure the Russian commanders are under to make progress in their operations in eastern Ukraine,” the ministry said in its daily intelligence update.

In other developments, a move by Finland and, potentially, Sweden to join NATO was thrown into question when Turkish President Recep Tayyip Erdogan said his country is “not of a favorable opinion” toward the idea. He accused Sweden and other Scandinavian countries of supporting Kurdish militants and others Turkey considers terrorists.

Erdogan did not say outright that he would block the two nations from joining NATO. But the military alliance makes its decisions by consensus, meaning that each of its 30 member countries has a veto over who can join.

An expansion of NATO would be a blow to Russian President Vladimir Putin, who undertook the war in what he said was a bid to thwart the alliance’s eastward advance. But the invasion of Ukraine has stirred fears in other countries along Russia’s flank that they could be next.

With Ukraine pleading for more arms to fend off the invasion, the European Union’s foreign affairs chief announced plans to give Kyiv an additional 500 million euros ($520 million) to buy heavy weapons.

Ukrainian Defense Minister Oleksii Reznikov said heavy weapons from the West now making their way to the front lines — including American 155 mm howitzers — will take some time to turn the tide in Ukraine’s favor. He admitted there is no quick end to the war in sight.

“We are entering a new, long-term phase of the war,” Reznikov wrote in a Facebook post. “Extremely difficult weeks await us. How many there will be? No one can say for sure.”

The battle for the Donbas has turned into a village-by-village, back-and-forth slog with no major breakthroughs on either side and little ground gained.

Fierce fighting has been taking place on the Siversky Donets River near the city of Severodonetsk, said Oleh Zhdanov, an independent Ukrainian military …read more

Inside ‘Men’: A Toxic Masculinity Horror Movie With a Jaw-Dropping Finale