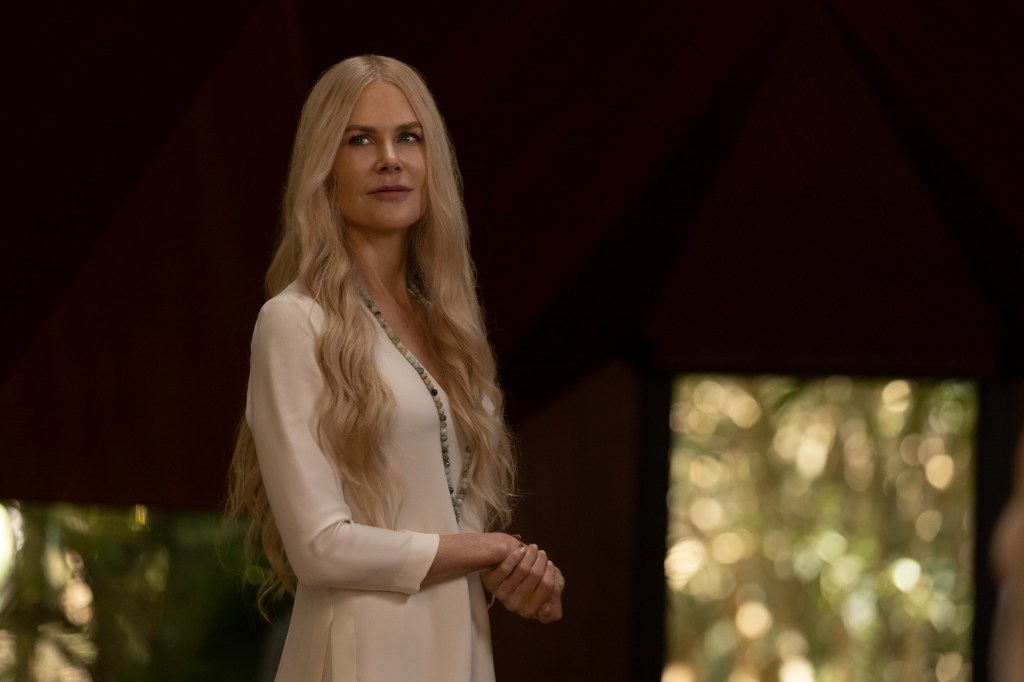 ‘I can’t fathom what a second season would be about,’ one viewer said (Picture: Hulu/Amazon)

Nine Perfect Strangers, the eerie series starring Nicole Kidman as a wellness resort founder, is said to be close to being renewed for season 2… and viewers are mystified.

The show, which was based on the novel by the same name by Liane Moriarty, came out last year, boasting a star-studded cast including Melissa McCarthy, Michael Shannon and Regina Hall.

Despite receiving a mixed reaction from its audience, it’s been reported that a second season is being considered, with the first season being put forward in the drama series category at upcoming award ceremonies, rather than in the limited series section.

Considering the programme was originally described as a limited series, and the final episode felt like a finite conclusion to the story, a number of viewers are perplexed by the report.

‘I cannot fathom what a second season would even be about. Everyone moved on at the end of the first season,’ one person tweeted.

‘Why do we keep giving multiple seasons to shows that are adapting non-series books? They tell the entire story in that first season. It is really okay to have a miniseries. Truly, it is,’ another remarked.

‘Limited series should stay limited series,’ someone else commented, while another person explained why they felt ‘conflicted’ by the reported news.

‘I want to see more of life guru Nicole whatever, but this was good for me as a one and done,’ they said.

According to The Hollywood Reporter, the details concerning season two are still being finalised before the show’s renewal is officially announced.

Melissa McCarthy tried to find her inner zen on the show (Picture: Hulu/Amazon)

This wouldn’t be the first time a show Nicole is involved in that was presumed to only run for one season has carried on.

Big Little Lies, based on a book also by Liane, was originally billed as a mini-series, before being renewed for a second season amid mounting speculation.

In 2019, HBO’s president of programming Casey Bloys addressed the possibility of a third outing, stating: ‘Having approached a possible season two skeptically, what became clear to us was there was more story to tell.

‘To me, there’s no obvious place to go, or no obvious story. That said, this group is extraordinary… so if they all came to me and said, “We have the greatest take,” … I would certainly be open to it because I love working with all of them.’

Continuing to Entertainment Weekly, he said: ‘Who knows? It certainly doesn’t feel like it [will happen], but I’m open.’

London bus strikes: Is my service affected and why are drivers striking?