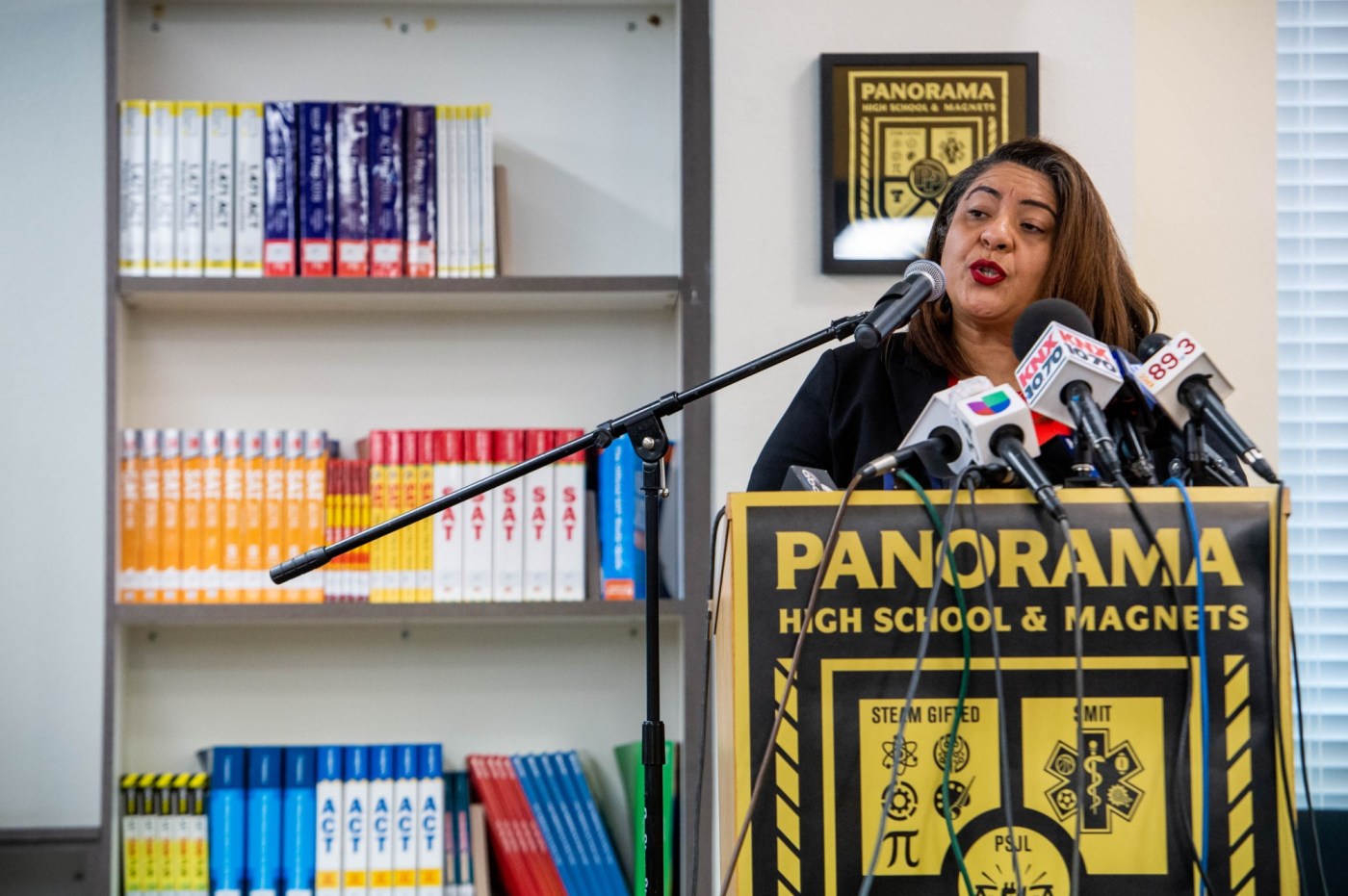 Amidst a nationwide school staffing shortage, the union representing Los Angeles Unified teachers is seeking a 20% salary increase over two years as part of its proposal for a new contract with the country’s second-largest school district.

The 10% pay hike proposed for each of the next two years would help attract and retain educators at a time when LAUSD, like many districts, is grappling with a worker shortage and teachers are desperately needed to help students rebound from the COVID-19 pandemic, union officials said.

In addition to raises, which United Teachers Los Angeles officials said would allow employees  to afford to live in communities where they work, the union wants the following:

Reduced class sizes across all grade levels and school types. Class sizes would be reduced by two students in the 2023-24 school year, and by another two students the next year.
Improved special education services, including capping class sizes and caseloads.
More counselors, pupil services and attendance (PSA) counselors, psychiatric social workers (PSW) and psychologists, plus $5,000 retention stipends, paid over three years, to PSAs, PSWs and academic counselors at schools within the Black Student Achievement Plan initiative.
A full-time librarian for every elementary school with 250 or more students and a part-time librarian for smaller schools.
At least one college counselor for each high school with at least 350 students.
Investments in arts and physical education and programs that serve the whole child.
Substantial salary increases for nurses.
Allow school site councils to have more say over their school budget, professional development and other local site decisions.
Expand community schools and the Black Student Achievement Plan initiative.
Address food and housing insecurity and environmental issues impacting students.
End standardized tests that aren’t mandated by the state or federal government.

The pandemic laid bare the inequities faced by many schools and communities LAUSD serves, she said during a press call with reporters on Friday, May 13.

In an email to UTLA members this week, Myart-Cruz said the district has $3 billion in reserves which she said should be invested in students and employees.

UTLA Executive Director Jeff Good, who co-chairs the union’s bargaining committee, said the district tends to under-project its revenues and over-project its expenditures when budgeting, and that historically the district has maintained unrestricted reserves at 25 to 30 times the legal requirement.

When asked how the district would pay for pay raises the union has proposed, Good said there is reason to believe the district may see an increase in ongoing state funding.

“We know that the social-emotional needs of students demands lower class sizes, demands more social workers, demands more psychologists, demands more counselors,” Good said. “And the only way to get people into those positions is …read more