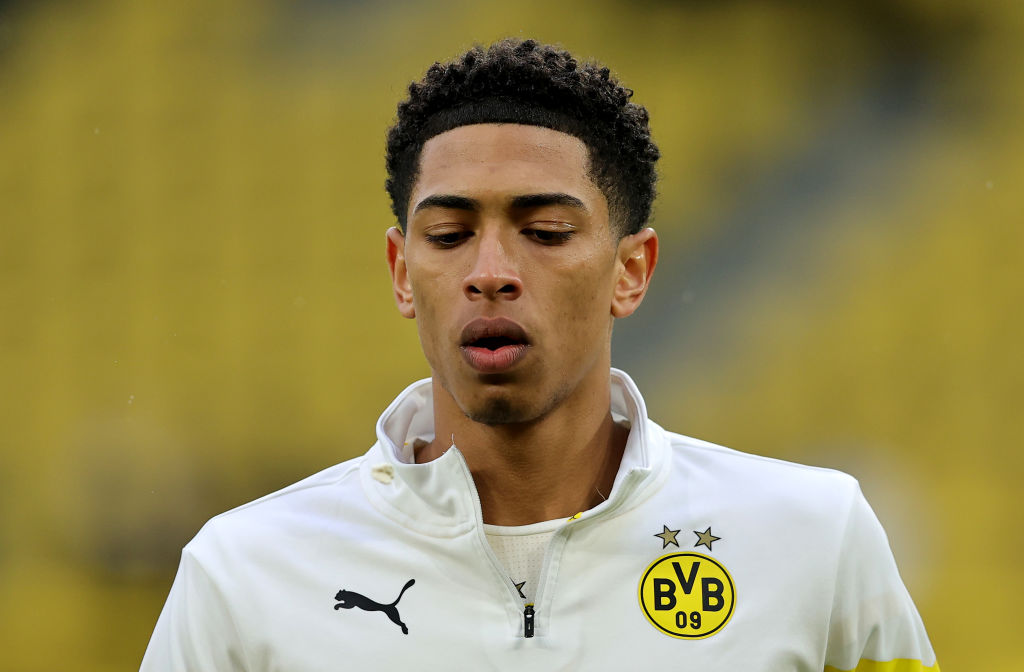 A number of clubs are interested in signing Jude Bellingham (Picture: Getty)

Jude Bellingham has confirmed he is staying at Borussia Dortmund for at least one more season despite attracting interest from the likes of Manchester United, Chelsea and Liverpool.

Bellingham, 18, has established himself as one of the most highly-rated players in Europe and an England regular since joining Dortmund two years ago.

The former Birmingham City midfielder is closing in on 100 appearances for the Bundesliga club, starring in the Champions League as well as helping Dortmund win the DFB-Pokal last season.

Some of the biggest clubs in the world have expressed interest in signing Bellingham, with Premier League giants Man United, Chelsea and Liverpool all heavily linked with moves for the teenager ahead of this summer’s transfer window.

But Bellingham says he will still be at Borussia Dortmund next season and has thanked the German giants for aiding his development over the past two campaigns.

‘The only future I think about is the next game for Dortmund,’ he told Ruhr Nachrichten BVB.

Bellingham has become a regular for England (Picture: Getty)

‘My destiny is in my own hands and I know that if I try hard and trust the people around me, I can move forward.

‘I came from England as a young talent. There was not much pressure. The first season went well. There were also matches where I sat on the bench and sometimes I did not play at all.

‘I think my development this year has meant that I have played a bigger role in every game except two. I am very grateful to Dortmund for the way they have nurtured my talent.

‘I think a lot of the credit goes to the coaching staff and the staff who keep the noise around me. In this way I can only focus on winning matches, because that’s what I’m here for.’

‘Kevin de Bruyne, without a shadow of a doubt. I’m going to go for attacking players.

‘I love Mason Mount, what he’s doing. Mateo Kovacic at Chelsea. I’ll go for one No.6… I love Fabinho at Liverpool and I love Rodri.

‘If I had to pick one of them, Kevin De Bruyne, for me, is an absolute specialist midfielder.

Toddler and baby land in Dover as Channel crossings reach 8,000 this year