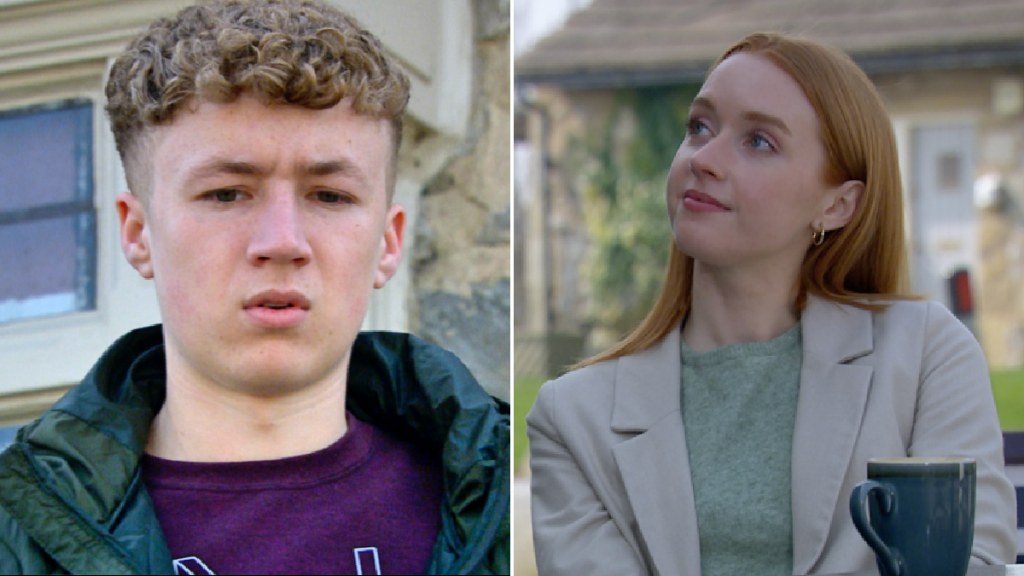 Chloe discovered she was being stalked by Noah this week (Pictures: ITV)

Village residents face the aftermath of a week of secrets, danger, and a lot of lies in tonight’s Emmerdale.

One person who must face the consequences after his recent actions is Noah (Jack Downham).

After Chloe (Jessie Elland) discovered she was being stalked by her ex, Noah attempted to flee the village but was caught by Kerry (Laura Norton).

Kerry got her revenge by pushing Noah into an empty grave.

But when David (Matthew Wolfenden) arrived, Noah was let go.

As Noah feared for his life, Charity (Emma Atkins) got her hands on her son’s laptop and was disgusted to see the endless number of photos, videos, and voice recordings of Chloe.

Coming up tonight, we know Charity contemplates Noah’s future and goes against her family’s wishes.

She breaks the Dingle Code.

From love to betrayal, there is one rule at the very top of the list that Dingles must follow at all times.

A Dingle cannot report another Dingle to the police.

With knowledge Charity will break the code, will she be the one who reports Noah?

Jessie Elland, who plays Chloe Harris, recently told Metro.co.uk how much her character wants Noah to get his comeuppance, but reveals there are other factors to consider due to their past together:

‘I think she definitely wants him to get his comeuppance, for want of a better word, because what he did is so wrong and she knows it’s right for him to be punished.

‘But it’s not as black and white, as it’s a small village, and there’s the element of Noah being someone she really liked and had a relationship with.

‘Does she want to do that to him? Even though he’s done something awful to her, but it’s that element that’s holding her back a little bit.’

Seven of the 10 Buffalo shooting victims have now been named