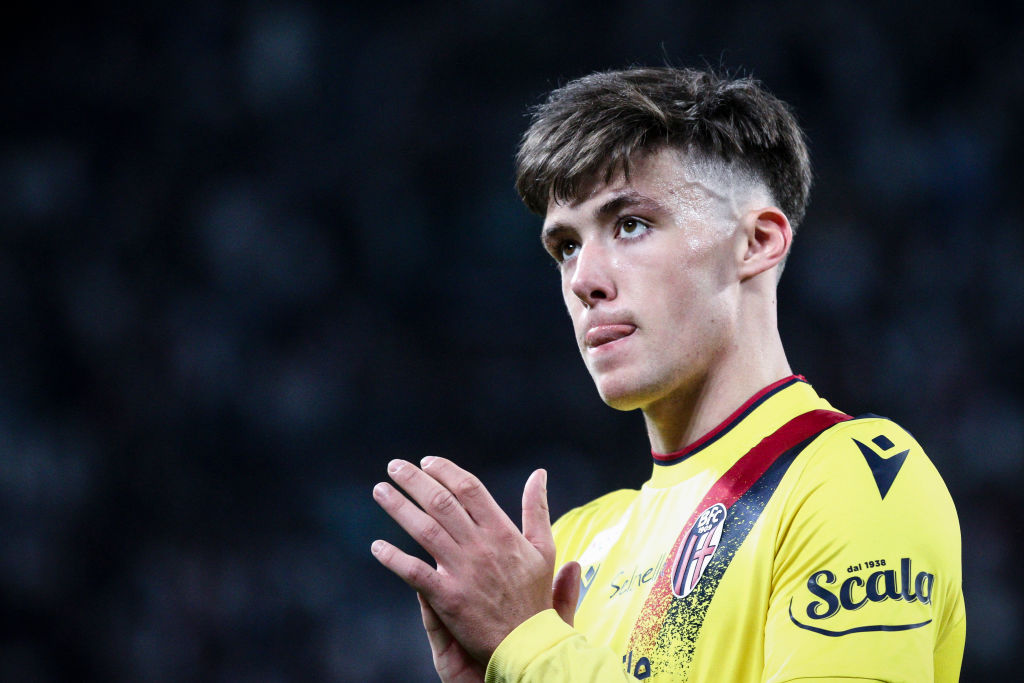 The 19-year-old joined Bologna from Hearts in 2020 and has been a mainstay for the Italian side this season, making 34 appearances in Serie A.

The Gunners are reportedly looking to sign a new left-back in the summer to replace Nuno Tavares who has struggled to cover Kieran Tierney when the Scotland international has been out injured this term.

Winterburn, the former Arsenal defender, believes Hickey fits the profile of player Mikel Arteta has targeted since taking over at the club.

Speaking via FreeSuperTips, he said: ‘It’s a signing that fits the bill at Arsenal which I’ve spoken about plenty of times, bringing in young players to develop them.

‘Right and left back is certainly a position that needs strengthening in depth, and you want players challenging the first-choice players. If form drops or there’s injuries, then you step in and keep your place until your own form drops.

Nuno Tavares has left a lot to be desired when covering for Kieran Tierney this season (Picture: Getty)

‘You want that competition for places in your squad. I haven’t seen masses of him only a few snippets, but some of the reports I’ve been reading.

‘One of his old managers suggest he’s a bit like Phillip Lahm, so if he is then it would be a great addition to the squad.

‘He’s only 19 so it’s a young age, but he’s had a lot of experience already which is incredible. That fits exactly with the model Arsenal have taken through this season and it looks as if they’ll continue that model throughout next season as well.’

Arsenal were reportedly interested in signing Hickey before he moved to Bologna for £1.5 million two years ago.

However, it is believed his transfer could now cost 10 times that figure with the youngster having made fine progress in Italy.

The Gunners are in need of another left-back with Arteta having lost trust in Tavares after an erratic display against Crystal Palace in April.

Antonio Conte hits out at Mikel Arteta after Tottenham stun Arsenal: ‘Focus on your team’

The Portuguese started Arsenal’s recent Premier League victories over Chelsea, Manchester United and West Ham but was left out against Leeds United and Tottenham with Takehiro Tomiyasu filling in.

The north London side, who are currently fourth in the league, have already guaranteed Europa League football next season and are looking to expand a shallow squad.

Speaking earlier this season, Arteta suggested he was targeting 22 quality outfield players and three goalkeepers for next term.

‘If we could, we all would!’ This Morning thrown into chaos as dog licks himself on sofa